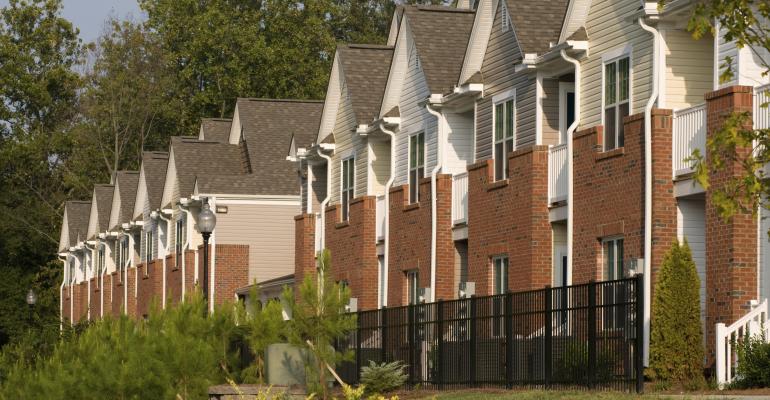 In a Q&A with NREI, Toomey discusses the challenges facing commercial real estate, the role of the suburbs in today’s market and the outlook for the multifamily sector.

He’s the president and CEO of UDR, a $16 billion apartment REIT, and the global chairman of the Urban Land Institute (ULI). Toomey has led UDR since 2001, but he only recently was elected to a two-year term as global chairman of ULI. The non-profit research and education group promotes best practices in land use and real estate development.

In a Q&A with NREI, Toomey discusses the challenges facing commercial real estate, the role of the suburbs in today’s market and the outlook for the multifamily sector. The Q&A has been edited for length, style, and clarity.

NREI: What are the biggest challenges facing the commercial real estate industry?

Tom Toomey: Millennials, at 80 million strong, are entering the housing and employment markets in large numbers. Baby boomers, at 75 million-plus, are downsizing, retiring or contemplating retirement. These are just a few of the demographic and population changes that have huge implications for development, in terms of what is built and where it is built.

At the same time, the knowledge economy has radically affected not just the type of employment that is available, but needs and preferences for workspace, as well as living space. The sharing economy has just as radically changed how people experience cities, from how they get around to where they stay, to where and how they interact.

Also, dramatic advances in technology that connects people to people, people to things and things to things are having a significant impact on the real estate industry. The built environment must be able to adapt to the needs and behaviors of a world transformed by technology. In general, this means building for flexibility—not just one use, one user or one user profile.

NREI: The population of America’s suburbs continues to grow. A goal of ULI is “creating and sustaining thriving communities.” How do suburbs fit into that?

I think both of them are unique, they’re merging together, and I don’t think people ought to try to approach this as who’s going to win and who’s going to lose. I don’t think it’s a case of a winner or loser. I think it’s “How do they coexist and cooperate and work together to build out all the necessary things to better people’s lives?”

NREI: A couple of years ago, the suburban office complex seemed destined for obsolescence, and many suburban malls still seem destined to be razed and redeveloped into something else. How is that dynamic likely to shift as more people move to the suburbs? What is going to happen to existing commercial properties in the suburbs?

Tom Toomey: It’s important to remember that the majority of the U.S. population lives outside the urban core. A ULI report, Housing in the Evolving American Suburb, tells us that in America’s 50 largest metro areas, suburbs account for 79 percent of the population, including both younger and older households. And most Americans—nearly 70 percent—work outside urban cores.

How these areas are evolving, in terms of redeveloped office and retail space, reflects a desire by both younger and older households to live and work in areas with more mixed-use development, that are more walkable, and which have transportation options to alleviate congestion. The areas that are in transit-accessible locations have a distinct competitive advantage over those that do not.

In terms of suburban retail and mall space, big store closures have in some cases opened up opportunities for re-use as medical or education facilities, fitness centers, arts and entertainment centers or other types of community amenities. And while e-commerce has decreased demand for retail space, the savviest retailers are maximizing both online sales and the in-store experience, giving consumers the best of both. In addition, big-box retailers such as Target have started moving into more centrally located areas, including urban cores, by occupying smaller space in mixed-use developments.

In terms of suburban office space, demand remains strong for high-quality office buildings in amenitized, close-in, easily accessible suburban locations. What does not work is office space that is isolated and auto-dependent. For both new and existing space, functionality is key. Floor plates with considerable communal space are becoming the norm, regardless of whether the location is urban or suburban.

NREI: How much longer will the multifamily boom last?

Tom Toomey: ULI’s most recent Emerging Trends in Real Estate forecast ranked multifamily rentals as the second most favored property type for investment and development in 2017.

That’s driven by strong demand. The National Multi Housing Council and the National Apartment Association just released a report that said we need 4.6 million more apartments by 2030. You just do the math, and that means we’ve got to be adding 325,000 apartments annually, in addition to what’s estimated at almost 12 million existing apartments that are going to be lost to the inventory.

There’s a lot of positive demand there, and how we go about building these apartments and integrating them into cities, the industry has adapted pretty well to it. Particularly the last 20 years, we’re seeing more complex deals that are fully integrated into the walkable life of cities, but they’re also costing us more to build, demanding more rent. What we’ve done in response is shrink the size of apartments and we’ve provided more flexible space, but I’m not sure those solutions are really going to meet the long-term demands for space.

The longer-term outlook for multifamily housing depends in part on the behavior of millennials as they marry and start families. We may see a shift toward greater ownership of single-family homes that could affect multifamily demand in some markets. However, this generation is so large, so diverse and so different—as is Generation Z following the millennials—that demand for multifamily rentals is likely to remain robust for years to come.

NREI: When developers are contemplating where to build, what should they keep in mind in terms of location?

Tom Toomey: What we are continuing to see is the trend of smaller cities becoming hubs for investment and development. The rise of “18-hour” cities in the U.S.—smaller cities with high appeal in terms of livability, affordability, employment offerings and recreational and cultural amenities—is a movement with significant economic growth implications, in terms of where companies and people choose to put down roots.

Cities such as Denver, Austin, Texas, Charlotte, N.C., Nashville, Tenn., Charleston, S.C. and Portland, Ore., have become meccas for after-work and weekend fun. This is the result of public-private sector efforts to revive the urban core with housing, offices and entertainment in a pedestrian-friendly setting.

What many 18-hour cities have in common are strong education or medical institutions serving as anchor employers; a lower cost of doing business and a lower cost of living, compared to larger markets; and an emphasis on urban open space as a focal point.

However, this smaller city boom has not come without consequences. The influx of new residents and highly skilled, talented workers is causing growing pains, particularly in the areas of public transit and affordable housing. Housing costs and traffic congestion have increased in these areas, creating challenges that must be addressed to keep the momentum going and attract more investment and development.