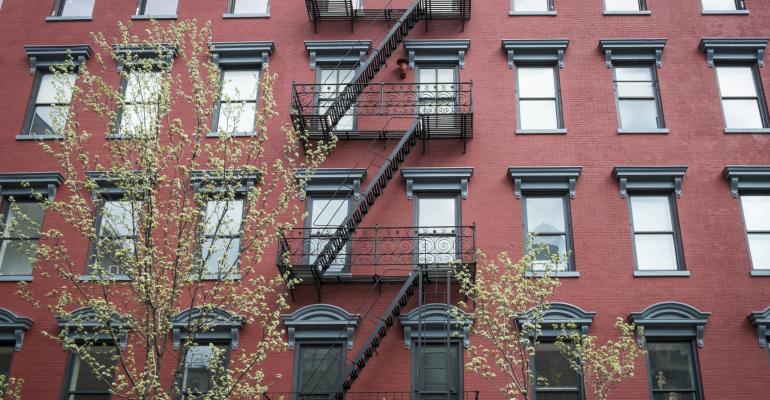 In the end, the strongest argument against rent control is that there are better ways to protect vulnerable renters.

(Bloomberg View)—Rent control is one of the first policies that students traditionally learn about in undergraduate economics classes. The idea is to get young people thinking about how policies intended to help the poor can backfire and hurt them instead. According to the basic theory of supply and demand, rent control causes housing shortages that reduce the number of low-income people who can live in a city. Even worse, rent control will tend to raise demand for housing — and therefore, rents — in other areas.

Over the years, rent control has acquired a special bogeyman status among economists. Assar Lindbeck, a Swedish economist who chaired the Nobel prize committee for many years, once reportedly declared that rent control is “the best way to destroy a city, other than bombing.”

In the real world, of course, things rarely work exactly as they do in Econ 101. Labor markets don’t seem to follow the basic supply-and-demand model. Minimum wages don’t seem to throw many people out of work. Building more highways often increases traffic. Given the existence of all these cases where simple models break down, might economists’ negative view of rent control be unjustified?

As with so many questions, the answer can only come from looking at data. Economists Rebecca Diamond, Timothy McQuade and Franklin Qian have a new paper that looks at the effects of rent control in San Francisco, a city notorious for high housing costs. They find that the effects of rent control are pretty much what economics textbooks would predict.

Many studies rely on patchy or incomplete data, but not this one. Diamond and her colleagues used data from a private company that was able to combine public records to track the addresses of all San Francisco residents between 1980 and 2016, even if they moved out of California. This allowed them to study the effects of a change in San Francisco’s rent control policy in 1995. Previously, all small multi-family buildings were exempt from rent control, but since 1995, only buildings built after 1980 are exempt.

How did this large increase in rent control affect renters? Predictably, people subject to the new policy became less likely to move — between 8 and 9 percent less likely, over the medium to long term.

But not all renters benefitted equally. The new policy created a powerful incentive for landlords either to convert rental units into condominiums or to demolish old buildings and build new ones. Either course forced existing tenants — especially younger renters — to move. Landlords affected by the new 1995 policy tended to reduce rental-unit supply by 15 percent.

Being forced to move is traumatic. Not only is it expensive, it can take people out of their longtime communities. It also tends to hurt the most vulnerable members of society the most, since it often forces them to move to poorer neighborhoods with lower education levels and higher unemployment.

There are two other important but invisible groups of people who were hurt by San Francisco’s rent policy. First, there are people who want to move to the city, but can’t. Second, converting apartments into condos reduces the supply of rental housing and raises rents. The authors’ model estimates that the 1995 policy raised rents in San Francisco by 5.1 percent. That is certainly an unwelcome development in a region plagued by high housing costs:

So rent control helped some people and hurt others. How can these effects be weighed? Diamond and the others constructed an economic model of the demand for housing that let them measure the utilitarian consequences of the policy, and found that the benefit to those who get to stay in their homes almost exactly balances out the various harms the policy causes. Ultimately, they say, rent control is a wash.

But few people are likely to believe strongly in the assumptions of this particular model — there’s the risk that rent control could be more harmful than the authors realize. For example, if greater housing density increases citywide productivity, as is probably the case, the effects of rent control are even more pernicious. And policymakers who believe in an ethos of “first do no harm” have reason to be skeptical of a policy whose effects are so ambiguous.

In the end, the strongest argument against rent control is that there are better ways to protect vulnerable renters. Diamond and her coauthors suggest an idea that I’ve also endorsed in the past — a citywide system of government social insurance for renters. Households that see their rents go up could be eligible for tax credits or welfare payments to offset rent hikes, and vouchers to help pay the cost of moving. The money for the system would come from taxes on landlords, which would effectively spread the cost among all renters and landowners instead of laying the burden on the vulnerable few.

Noah Smith is a Bloomberg View columnist. He was an assistant professor of finance at Stony Brook University, and he blogs at Noahpinion.