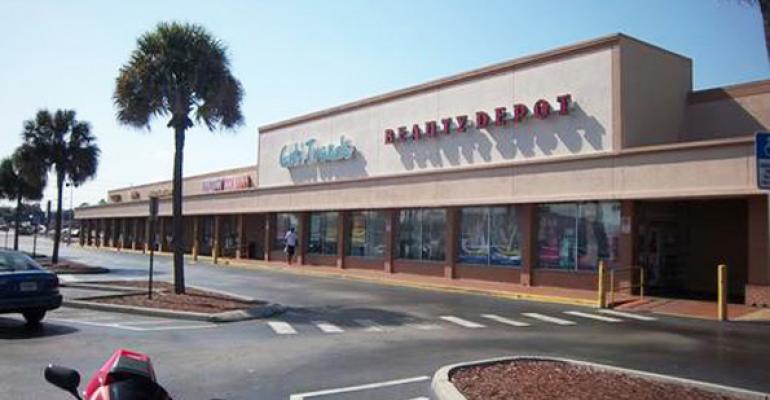 The centers carry a collective vacancy rate of 8.8 percent and are all anchored by supermarkets, including two Publix stores and three Winn-Dixie stores. The properties include Columbia Promenade and Lakeview Plaza in Kissimmee; Lake Olympia Square in Ocoee; and Bridgewater Marketplace and Silver Hills Shopping Center in Orlando.

Jorge Rodriguez and Scott Corbin will handle this assignment on behalf of Colliers International.

Previously, Emmert served as CFO of Seedco, a national non-profit organization. He has also worked for American Arbitration Association and Ernst & Young.

“We are constantly looking for ways to make ICSC run as efficiently as possible in order to make it highly effective in delivering outstanding service to our membership,” said ICSC President and CEO Michael P. Kercheval in a statement. “Given John’s experience, knowledge and personality, I am very confident that he will add tremendous value to our organization.”

Previously, Core served as chief operating officer of the firm. He has more than 26 years of experience and is a certified property manager.

“Steve is a proven leader at RiverRock, having played a significant role in the firm’s growth during the past eight years,” said RiverRock Founder John Combs in a statement. “Steve has the proven skills and experience to lead our company in continued growth in portfolio management for multi-market clients.”

Essex Bargain Hunt signed a lease with Brixmor Property Group for a 69,324-sq.-ft. store at Stateline Square in Southaven, Miss. Gil Consuegra served as an in-house representative for Brixmor in the transaction;

Keuka Distributing/Parts Plus Auto signed a lease for a 19,872-sq.-ft. store at Brixmor’s Pyramid Mall in Geneva, N.Y. Glenn Weisiger represented Brixmor in the transaction;

Goodwill signed a lease with Brixmor for a 13,000-sq.-ft. store at Martin Downs Village Center in Palm City, Fla. Brent Andrews, of Atlantic Retail Properties, represented Goodwill in the transaction;

Discovery Clothing signed a lease for an 11,998-sq.-ft. store at Westridge Court in Naperville, Ill. Jim Sakanich, of CBRE, represented the tenant in the transaction. Brad Ratajchak represented Brixmor in-house.

Walmart will open 180,000-sq.-ft. supercenter at Hunter Crossroads Shopping Center in Fort Worth, Texas. The retailer plans to open its new location in the fall of 2013.

Transwestern’s Dallas office will launch a tenant advisory retail operation and appoint Frank Bullock as managing director. Prior to joining Transwestern, Bullock served as city leader for Dallas with SRS Real Estate Partners. He specializes in representing corporate entrepreneurs, local tenants/buyers and landlords/sellers, with a focus on retail and mixed-use properties.