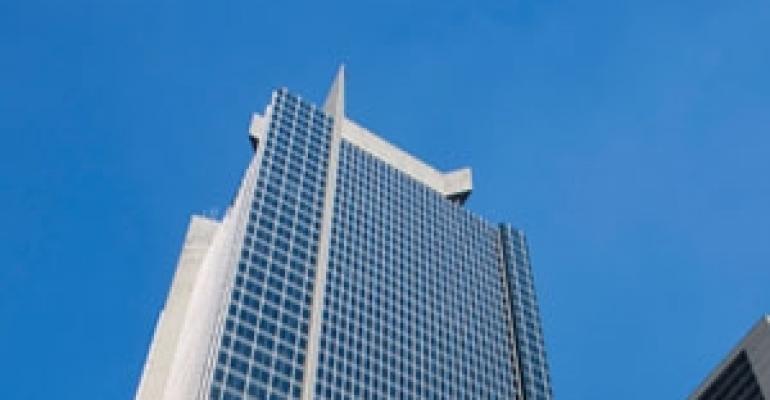 Viacom Expands to 1.6MSF in Renewal with SL Green

The big leases keep coming. In the latest large deal signed in Manhattan, SL Green Realty Corp. reached an agreement with Viacom Inc. to renew the media company’s commitment at 1515 Broadway by extending and expanding the company's occupancy at the Times Square tower through 2031.

Viacom's future expansion is expected to cover the balance of the building's office space after 2020. The transaction may be the largest-ever New York City office lease other than a few sale-leaseback arrangements, according to SL Green.

According to a SL Green’s fourth quarter regulatory filing, Viacom had been paying an average rent of $61.59 per square foot on 1.3 million sq. ft. of space. It is SL Green’s second largest tenant.

In addition to the lease, Sl Green also closed a $775 million first mortgage refinancing by Bank of China. The financing is for a term of seven years and replaces the previous $447 million financing. Excess proceeds will be used to fund this transaction and for general corporate purposes.

"Times Square is one of the world's best-known locations, which makes it the perfect home for a high-profile company such as Viacom,” SL Green CEO Marc Holliday said in a statement. “The company has been a corporate anchor in Times Square for over 20 years and the extraordinary building branding opportunity provided in this lease will allow Viacom to increase its corporate visibility to millions of New York City visitors at the 'Crossroads of the World' for years to come."

“New York City is the undisputed media capital of the world, and a vibrant source of inspiration for Viacom’s innovative and creative employees,” Viacom President and CEO Philippe Dauman said in a statement. “We have had a great partnership with SL Green and have been proud to help lead the revitalization of the Times Square neighborhood for two decades. We could not be more pleased to extend our commitment to New York City and Times Square well into the future.”

Acquired by SL Green in 2002, 1515 Broadway has gone through a makeover that has included the full re-positioning of all retail space, a redevelopment program and revenue enhancement with LED advertising signage.

In addition to being anchored by Viacom, 1515 Broadway is also home to the Minskoff Theater and Best Buy Theater. Other national retailers include Billabong, Aeropostale and Oakley.