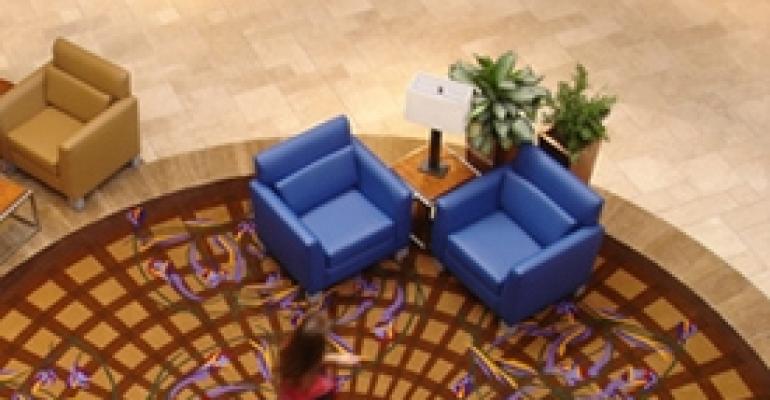 When New York City-based development REIT Vornado Realty Trust bought the 400,000-square-foot Manhattan Mall three years ago, the company had grand plans for the property. Vornado, which owned several million square feet of commercial space in the surrounding area, paid $689 million for the perennially underperforming mall and wanted to combine it, 250,000 square feet of air rights and some of the surrounding buildings to create a mega mixed-use center. The recession, however, threw a wrench in those plans. Still intent on redeveloping the mall, some time at the beginning of 2008 Vornado decided to go for a more modest upgrade.

One of the major issues with the property, for example, is its vertical five-level layout, which in the absence of a multi-level anchor did not make much sense. When Vornado bought the mall, long-term anchor Stern's department store had already vacated the property and, was replaced by smaller retailers, including Steve & Barry's University Sportswear and Charlotte Russe. But those brands, along with a food court, were not enough to entice shoppers to meander up and down the mall's five floors to visit the kinds of stores they could find elsewhere in Manhattan on street level.

Vornado solved the problem by signing a lease with mid-price department store chain J.C. Penney Co., which opened a store there this summer that spans through the mall's lower levels. Bringing in a traditional anchor provided a real draw for the shoppers to visit the center. Meanwhile, Vornado's architect, New York City-based GreenbergFarrow, renovated the core and atrium of the property, improved access and circulation, added new escalators and elevators and re-clad portions of the exterior façade to make the mall more appealing.

The changes were relatively cost effective—Vornado estimates that the redevelopment, including the construction of the new JCPenney store, cost approximately $84 million. By contrast, turning the property into a mixed-use development would likely have cost billions of dollars. By making Manhattan Mall easier to use, however, Vornado still achieved an important goal of the redevelopment, says Navid Maqami, principal with GreenbergFarrow. A large part of the project involved "paint work and refinishing—and probably, at the end of the day, they were right. Sometimes doing less is appropriate," he says.

Developers building new retail centers and repositioning old ones in today's market climate can take comfort in the fact that they can still create enticing spaces without spending a lot of money. Though there are signs the credit crunch may be easing, construction financing is still hard to come by. But customers are not likely to avoid a shopping center just because it doesn't have special mouldings or decorative columns that give it an extra oomph. What they care most about is convenience and ease of use, which means that an extra bathroom, better access to the property, some chairs in the common area or more natural light that make your center more attractive without costing a fortune.

"I think probably the biggest change between now and [a few years ago] is this trend toward minimalism," says Justin Hill, senior principal with MulvannyG2 Architecture, a Bellevue, Wash.-based architecture firm. "Not being overly ornate, not over-building. Before, you had to outshine the next person. Now the business model has to make sense."

Next Page: The minimalist approach

The need to be frugal has certainly made its mark on new projects. While consumers still seem to prefer pedestrian-friendly retail properties including town centers and mixed-use centers to the traditional enclosed malls, developers have realized they have to abandon the cookie-cutter approach of making those centers look like they belong in another time and place, says John Clark, principal with Design Collective, Inc., a Baltimore, Md.-based architecture and design firm. Now that the novelty has worn off, properties built to resemble Mediterranean villas or quaint English villages—even though they might be surrounded by modern American architecture—make customers feel like they are in a tired, inauthentic space. Instead of spending a big chunk of their design budget on creating a mirage, developers would do better to create simple, timeless spaces that showcase the retailers, rather than the centers, adds Navid Maqami.

For example, at Rego Park II, a 1.7-million-square-foot mixed-use center in Queens, N.Y. (and another Vornado project), GreenbergFarrow and the interior designer are using a combination of bold colors along the walls of the center's pedestrian gallery to draw the shoppers' eyes toward the stores, many of which, including Old Navy, Century 21 and Marshalls, will be heavily geared toward apparel. The appropriate use of color lends retail environments some energy, Maqami expalins. At the same time, it's cost effective when compared to creating a unique, opulent storefront for every single retailer and the color scheme can be easily changed when tenants move in and out of the center.

"Our approach is to try to keep it as simple as possible, because the retail brands and the merchandising have to stand out and the center design [has to be] the backdrop of their identity," says Cho Suzumura, principal with MulvannyG2. "Commonly, we use a timeless design, with very simple, limited detail."

On the other hand, developers might want to pay more attention to a feature that plays an important role for customers, but that is often not thought out enough in planning—a convenient and attractive parking layout. When Greenberg Farrow completes East River Plaza, a 650,000-square-foot retail center under construction in upper Manhattan, the property will contain a seven-level parking garage with parking for 1,248 cars. But instead of placing the garage adjacent to the five-level retail structure and asking the shoppers to navigate largely empty, ill-lit spaces to get to the stores, the firm is using a canopied gallery space to simulate the feel of a street-level shopping experience.

Meanwhile, at another vertical project, the 1-million-square-foot Gateway Center at Bronx Terminal Market, GreenbergFarrow connected the two three-story buildings containing the stores to a six-level parking garage. The layout allows each retailer at the project to have front-of-field parking, so shoppers get the suburban experience of parking their car and walking directly to the store they've come to visit.

If you are asking customers to walk up and down the property, you better make them feel it's worth their while, Maqami says.

Next Page: Less is more

When it comes to the repositioning of existing centers, the same minimalist approach often works best. Since every center comes with a different shopper profile, developers might want to conduct customer surveys to figure out exactly who their customers are and what design features are important to them. For example, Kevin Nice, principal with Arrowstreet Inc., a Somerville, Mass.-based architecture firm, recently worked for a mall owner who thought the mall's main clientele was made up of tourists and local office workers, partly because the property was located in a tourist-friendly urban area. After Arrowstreet recommended completing a shopper survey, however, the owner realized that most of his customers were suburban moms who were attracted to the unique mix of apparel retailers at the center and drove into the city to shop there.

The discovery had a profound impact on how Arrowstreet approached the repositioning—knowing most of the shoppers were women and that they drove long distances to come to the mall made the firm concentrate on upgrading the bathrooms, adding more visible landscaping components and providing some soft seating to give visitors a chance to rest after a long trip. At another center, a shopper survey helped reveal that customers wanted to see the property become more environmentally sustainable. Unknown to them, the owner had already made significant efforts to make the center environment-friendly, so the repositioning program focused on making those efforts more visible.

"Often, you make assumptions about how important things are to customers and tenants and you might be wrong," says Nice. "The [shopper survey] helps you target your amenity program. And they tend to reduce costs in many cases as well."

When trying to figure out how to spend the repositioning funds, it also makes sense to give first consideration to the areas that are most visible to customers and where customers come into physical contact with the space—including entry ways, floors, handrails and door handles. Maqami recommends trying to figure out which design details the shopper will remember most vividly after he leaves the center—and putting the most emphasis on those details.

Those changes often don't cost a lot. In some urban centers, for example, tired building facades created in the 1970s and 1980s might mask a more attractive facade from earlier decades, notes Brian Wolfe, principal with Perkowitz+Ruth, a Long Beach, Calif.-based architecture firm. That's what happened when his firm was working on redeveloping a retail center in Long Beach into a combination of office and retail condominium uses. When Perkowitz+Ruth took down the diagonal cedar siding from the center's façade, underneath was a beautiful art deco version.

The firm restored the older façade and it turned out to be "very consistent with respect to historical architecture" of the setting. The façade work, along with new landscaping and refurbishment of the parking area, cost $58 per square foot. So stripping away the older surface might be a way to liven up the building's exterior without tearing down the entire structure. And in suburban malls, a new paint job can go a long way in giving an existing façade a more modern aesthetic.

Meanwhile, sometimes apparent problems—such as trees that obscure the center's visibility—can be turned to an advantage if they are put inside planters and moved to an area that contains a lot of cafes and restaurants. "We look at pedestrian circulation—where there is an opportunity to gather a food use, we create a little bit of an al fresco environment and then you can relocate the trees there," says Wolfe.

He estimates that boxing trees and relocating them can cost as little as $500.

When shoppers move inside the center, lighting and common area arrangements take precedence over other details. And while it's become cost prohibitive to tear down existing enclosed structures and turn them into open-air environments, installing a few sky lights or a 20-foot-long solar tube into the ceiling can be done for a few thousand dollars, according to Wolfe. When Perkowitz+Ruth installed several 2 foot by 6 foot modular skylights at Buena Park, an enclosed mall in Buena Park, Calif., the installation cost from $2,500 to $5,000 a skylight.

Also, a few adjustments in layout here and there can create a dramatic change in the feel of the property. When Perkowitz+Ruth began work on the former Foothill Center in Azusa, Calif. (now Citrus Crossing), the results of a community outreach program showed that shoppers wanted to keep the existing movie theater, but felt it needed an upgrade.

At the time, the theater was boxed off by the row of buildings in front of it. Perkowitz+Ruth tore down one of the buildings and created a paseo leading up to the movie theater, which now has some cafes in front of it. "We made it the heart of the project for outdoor seating," Wolfe says. In the course of the project, which also included site improvements, offsite public improvements, landscaping and façade renovations, Perkowitz+Ruth managed to keep two thirds of the center's existing structures. The project cost $14 million, or $75 per square foot.

Sometimes, all it takes to make the mall's common area more attractive are a few soft seating arrangements and greater attention to landscaping and the shopper might immediately feel a greater sense of connection to the property, the architects say.

"I think a new handrail in a mall or a new floor can instantly change its appearance and we are doing a lot of [that] as well as creating much more contemporary planter elements and introducing extensive amounts of soft seating," says John Clark. "It completely changes the feel of a mall and makes people more comfortable there."