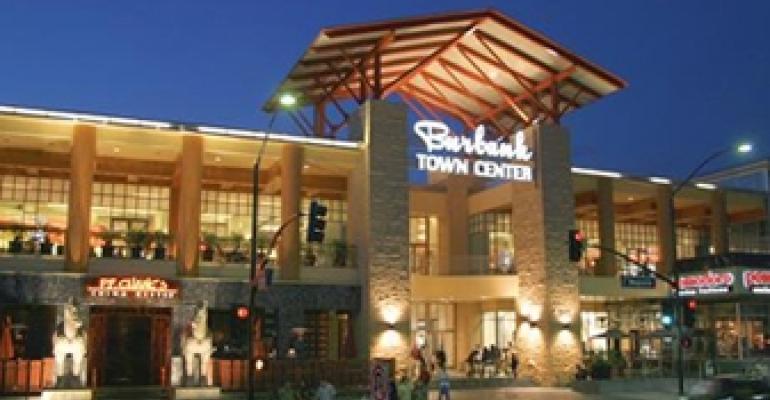 The deal further solidifies Jones Lang LaSalle as the dominant third party manager in the regional mall space while bringing General Growth one step closer to exiting bankruptcy and giving it a share of any profits on the assets it formerly managed.

This kind of contract is fairly standard in the business, says Pat Duffy, chairman of the retail services group with Colliers International. It offers the buyer protection against a last minute cancellation. A contract that would call for Jones Lang LaSalle to pay General Growth upfront would normally come with a 30-day cancellation clause. That’s usually not the case with contracts that are based on earn-out payments.

The properties include 18 malls located throughout the country and totaling approximately 11.2 million square feet. The portfolio contains class-A, class-B and class-B- centers. As part of the deal, about 200 of General Growth’s mall management employees and 30 of its corporate employees will come over to Jones Lang LaSalle (both companies are based in Chicago). The transfer of management and leasing duties to Jones Lang LaSalle is effective immediately.

The move will allow General Growth to cut costs by shedding a number of top tier management employees off its payroll without having to fire anyone, adds Duffy.

In addition to its other features, the agreement will allow General Growth to take advantage of all of Jones Lang LaSalle’s lines of business, including investment sales, Maloney notes.

“Within the next five years, any additional contracts General Growth Properties sends our way, they will benefit,” he says. “Nothing is guaranteed, but if they decide to sell some properties, we’ll get a shot at the investment sale piece. We are positioned to offer our services for a wide variety of transactions. Right now, we treat them like a client.”

The deal makes sense for Jones Lang LaSalle because of the properties’ easy fit within the its existing management portfolio and because it allows the firm to expand its management reach to states where it previously had no assets—for example, Hawaii, Maloney adds. The 18 centers in General Growth’s portfolio include the Kings’ Shops in Waikoloa.

Duffy attributes this to the fact that Jones Lang LaSalle is one of the few companies in the business that has built a name for itself for third party management of mall properties, in addition to managing shopping centers. Some of Jones Lang LaSalle’s direct competitors, including CB Richard Ellis and Colliers, tend to concentrate on other property types, including strip and power centers.

“There really are very few people who do third party for malls,” says Duffy. “The business of managing a mall and doing leasing for a mall is different from almost everything else in real estate. It’s a very specialized activity, but there is a lot of profit in it.”

Jones Lang LaSalle’s extensive service offerings and global infrastructure have also made it a more attractive choice for owners and investors than some of its smaller, regional competitors, according to analysts.

For General Growth, the deal was just one of a flurry of announcements in recent days as the REIT draws closer to emerging from Chapter 11 bankruptcy protection. General Growth originally filed in early 2009 and now says it will exit bankruptcy in October 2010. It recently released a PowerPoint presentation detailing its reorganization process and new capital structure.

Since December 2009, the REIT has restructured approximately $15 billion in property-level debt. Under its proposed plan (subject to bankruptcy court approval), General Growth will implement a recapitalization with between $7.0 billion and $8.5 billion of new capital and split itself into two separate publicly traded companies.

The larger of the two entities will own more than 180 properties and will remain the second largest owner and operator of regional malls in the United States. The second firm, which General Growth has dubbed Spinco, “will hold a diversified portfolio of properties with little debt and with near-, medium- and long-term development opportunities, including GGP’s master planned communities segment and a series of mixed-use and mall development projects in premier locations,” according to a statement from the company.

The bankruptcy court has scheduled the hearing to consider approval of the disclosure statement for August 19, 2010, at 10:00 am EDT.

General Growth announced two other financial agreements this week totaling $900 million. These include a $400 million bankruptcy loan from Barclays Plc and a $500 million equity investment from the Teachers Retirement System of Texas.

All these commitments indicate that when General Growth emerges from bankruptcy later this year, there will be robust demand for its shares, says Todd Sullivan, a Massachusetts-based investor and author of the Value Plays blog.

“This continues to show there’s large institutional demand for GGP shares,” Sullivan says. “Even at $10 per share, they are vastly undervalued, probably by about 40 percent. Once you see an [emergence] plan approved by the bankruptcy court, I think you are going to see a lot of money start coming into GGP shares.”

At the beginning of the trading day on Monday, General Growth shares were trading at $13.74 per unit.

A loan or an equity commitment to General Growth today provides investors with an opportunity to buy a stake in a portfolio of high-quality, irreplaceable malls at bottom-feeder prices, says another industry insider who asked to remain anonymous. As the economy improves and General Growth’s malls start posting sales that are more in line with historical levels, these investors stand to profit substantially.

Both the Barclays loan and the Teachers Retirement System commitment are subject to bankruptcy court approval. General Growth plans to use the loan to replace its existing $400 million bankruptcy loan, which carries a variable interest rate. The Barclays loan will feature a fixed 5.5 percent interest rate, potentially helping General Growth save $2.7 million in monthly interest payments.

The Teachers Retirement System investment, meanwhile, will allow the pension fund to buy a stake in the reorganized company at $10.25 per share.