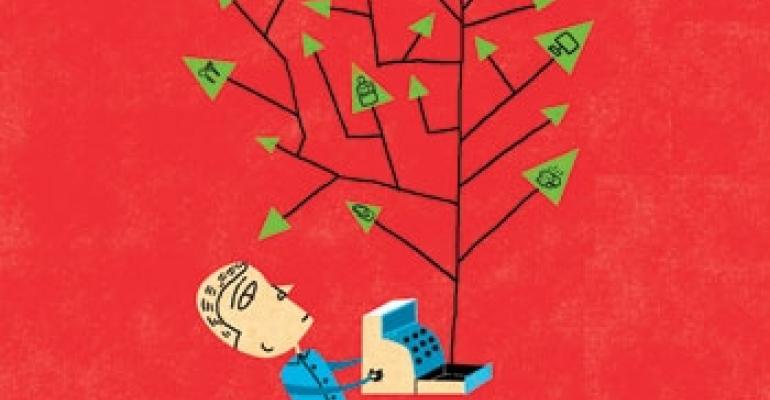 New Concepts Are Back on the Agenda for Some Retailers

Landlords on the prowl for new tenants have reason for optimism.

Although vacancy rates in all retail property types continue to creep higher, retailers that were knocked down by the recession are pulling themselves off the floor and restarting the expansion pipeline. Moreover, there is a growing cadre of up-and-coming retailers that operate handfuls of stores today, but are looking to make the leap to becoming larger chains.

As a result, the attitude has changed a bit in leasing circles. Recently, most emerging and expanding retailers sold necessity products or were value oriented, says Doug Healey, senior vice president of leasing for the East Coast with the Macerich Co., a Santa Monica, Calif.-based regional mall REIT. But the tenants coming onto the scene now increasingly sell discretionary goods, Healey says.

For example, some retailers have succeeded by going after parents’ wallets with concepts aimed at preschoolers and tweens. Among these is the new Crazy 8 chain from the Gymboree Corp. and P.S. from Aeropostale from Aeropostale Inc.

Then there are concepts that might sell stuff for kids, but also offer relief for stressed-out parents. For instance, WONDER!, a new-to-market emporium that will sell everything anyone needs for a child under seven years of age, was originally conceived as a stress-free place where parents could do all of their shopping and grab a bite while their children run around an in-store playground.

Meanwhile, a much smaller, but relative in spirit concept, has emerged in the form of Little Monkey Bizness, a new chain of playgrounds that also sell gourmet coffee and snacks. Little Monkey Bizness recently signed leases for its seventh and eighth stores in Wheaton, Ill. and Tampa Bay, Fla.

Among the fastest growing categories in the next year or two will be fast-food operators that take spaces under 5,000 square feet, according to the June edition of a monthly retailer demand report put together by Rich Moore, an analyst with RBC Capital Markets, that includes data from Retail Lease Trac.

One such retailer is Freshii, a newcomer to the quick service sector that concentrates on fresh, healthy, custom-built menus. Freshii’s founder, Matthew Corrin, hopes to eventually have a North American fleet of at least 1,000 stores. The chain opened its first location in Toronto in 2005, but it’s already considering expanding worldwide. It currently operates stores in the U.S., Canada, Austria and Dubai. “If Subway has 30,000 [stores], I believe we can achieve 10 percent of that number,” Corrin says.

Another growth area is the market for organic, environmentally-conscious products. Freshii touts its fresh, preservative-free offerings and biodegradable packaging as some of its selling points. Two other new retailers—Melvita and Rain—are building their concepts around organic offerings. Melvita, a French chain run by the same company that owns L’Occitane en Provence, focuses on selling beauty and hygiene products made with natural ingredients.

“The U.S. is the perfect market for Melvita because there is such a need for clarity in the marketplace about whether personal care products are actually organic and to what extent they are organic,” notes Deanna Elstrom, vice president of Melvita U.S.A.

Finally, the current market environment has provided an opportunity for some regional chains to start mulling national expansion. Among these is apparel seller Body Central, which has previously operated stores primarily in the West and Southeast, and Hibbett Sports, a Southeastern retailer trying to enter new states.

“We are still profitable and our stores are making money and our year-over-year comps are still positive,” says Jeff Gray, vice president of real estate with the chain. “The reason we slowed down our growth [in 2008 and 2009] was because of lack of development, we just didn’t have places to go.”

Planned openings: At least one by 2011, in New York City. The company is using the three current locations to gauge what kind of an expansion it can support in the U.S.

Target audience: Health- and beauty-conscious women between the ages of 25 and 45

Buzz: “It will definitely attract a consumer who appreciates organic and leads a healthy lifestyle,” says Lynn Beck, general manager for Pacific Place, a 325,000-square-foot retail center where Melvita’s Seattle store is based.

Planned openings: The chain would like to end the year with 40 stores in the U.S. Long-term, it is aiming for approximately 1,000 stores in North America.

Current stores: 4, including in Arizona, California and Colorado

Buzz: Microsoft will continue to test its early stores close to its home base, in Redmond, Wash. But judging by the record traffic at the Microsoft store at Macerich’s Scottsdale Fashion Square, it won’t be long before the company opens stores nationwide. “If things work out for them, and all indications are it will, they can have major expansion across the country,” Healey notes.

Target audience: Upper middle class parents who’d like to drink their coffee in peace and kids looking for amusements

Current stores: None; one is coming on line later this year in New York City

Target audience: Women between the ages of 25 and 45

Buzz: Rain sells natural, handmade bath and body products ranging from soaps to candles to back scrubbers. “All their packaging is recyclable and they support ethical trading, which is a big issue in Africa,” says Michael Stone, senior director with Cushman & Wakefield, who’s representing Rain in the United States. Rain plans to take locations in tourist areas and regional malls.

Buzz: Janet LaFevre, senior marketing director with the Glendale Galleria in Glendale, Calif., where Crazy 8 recently signed a new lease, says the chain offers fashionable clothes at lower price points than Gymboree stores. A pair of jeans at a Crazy 8 store costs $6.99, versus $28.75 at Gymboree.

Buzz: Zoup! is an upscale fast casual chain that has developed hundreds of soup recipes by testing them on friends and family, says Eric Ersher, the company’s founder and managing partner. Flavor choices run from Lobster Bisque to Sicilian Pizza and there are options available for people with diet restrictions and allergies. f

Target audience: Elementary school children between the ages of 7 and 12

Buzz: Like its parent chain, P.S. from Aeropostale focuses on casual clothes and accessories. So far, real estate insiders who have seen the stores have been impressed. “They’ve been extremely, extremely successful,” Healey says.

Planned openings: According to published reports, the company would like to open 30 stores stateside over the next three years

Target audience: Urban, fashion-conscious consumers between the ages of 20 and 50. The stores sell clothes for men, women and children.

Buzz: AllSaints’ New York store reportedly made $1 million in its first two weeks. The chain is named after All Saints Rd. in Notting Hill, London.

Target audience: Affluent 30-something women with kids, moms to be

Buzz: Hot Mama aspires to be a boutique store in a kid-friendly setting. Property owners at centers say the chain develops a loyal following among local women with its cool designer duds.

Planned openings: 50 worldwide in the next five years

Buzz: What sets Ted Baker apart is that the brand has a very clear brand image and a sense of humor about itself, says Laura Pomerantz, principal of PBS Real Estate LLC, whose firm represents Ted Baker in the United States. “It’s not an ordinary designer label. It has spirit and personality and a good price point relative to its design value,” she notes.

Planned openings: 19 in the next five years, 200 in the long-term

Target audience: Well-to-do parents looking for a relaxing shopping experience for children under the age of 7

Buzz: Retail real estate executives are excited about the chain, touted as a one-stop shopping emporium for kids, because if successful it has the potential to take hundreds of big box spaces off their hands.

Target audience: Young women between the ages of 15 and 23

Planned openings: 60 on an annual basis for the foreseeable future

Target audience: Affluent women between the ages of 18 and 34—the same demographic that shops at J.Crew and Anthropologie

Buzz: Landlords laud Francesca’s Collections for its eclectic mix of merchandise and affordable prices. “A lot of their products are unique and the price points offer very good value, which in this climate, speaks well,” says Lynn Beck, of Pacific Place.

Buzz: A largely regional chain headquartered in Birmingham, Ala., Hibbett’s is heading for a national expansion. Later this year, it will enter Colorado and South Dakota. The retailer prefers to go into secondary and tertiary markets.

Planned openings: At least two, in New York and California.

Buzz: “They are taking full advantage of current market conditions and moving from a smallish retailer into a national force,” Bemis says.

Current stores: 1, at the Pierside Pavilion in Huntington Beach, Calif.

Target audience: Havaianas sells flip-flops for every demographic, from babies to grown men and women

Buzz: Havaianas specializes in flip-flops and sandals—more than 100 varieties of them. Its first U.S. store will feature a selection of 150 products, including limited edition items. Since Havaianas were originally based on Japanese sandals featuring rice straw soles, the foot-beds of all Havaianas shoes have a textured rice pattern.

Buzz: The chain specializes in high-end enamel bracelets, watches and rings. Price points range from $100 to $2,600.

Buzz: British retailers have often opened too many stores, too quickly, in the wrong markets, says Craig Johnson, president of Customer Growth Partners, a New Canaan, Conn.-based retail consulting firm. “I think they will be very wise to make this a very slow expansion.”

Current stores: 2, in Martha’s Vineyard and Nantucket, Mass. A third store is reportedly scheduled to open in Boston this summer.

Buzz: Industry insiders describe Jack Wills as an Abercrombie & Fitch wannabe, but with a British twist. The stores sell items like trench coats, priced at $249, and deck shoes, priced at $149.

Planned openings: 15 to 20 on an annual basis

Target audience: Anyone with a sweet tooth

Buzz: The chain, which sells more than 50 varieties of cupcakes, is looking for sites in high density downtown areas and in high density, high income suburban locations, according to Andrew Moger, of BCD. (BCD is representing the chain).