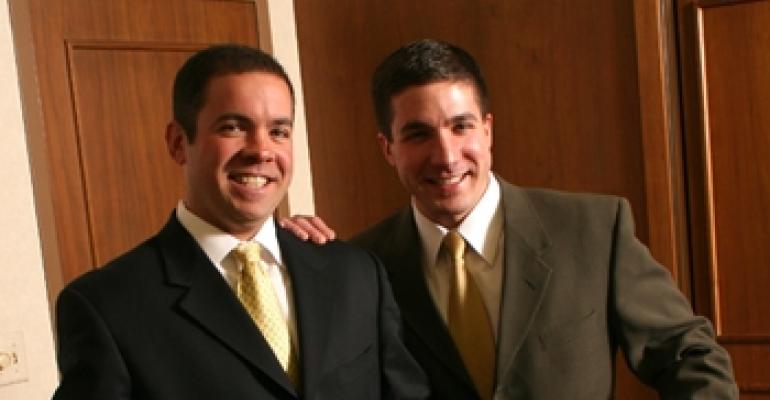 The beginning of the new decade brings with it a changing of the guard at a few of the most prominent retail real estate firms in the United States, including Developers Diversified Realty Corp., CBL & Associates Properties Inc. and the Cafaro Co. Effective Jan. 1, the venerable heads of all three firms stepped aside to make way for successors. In one case, the firm made the move to coincide with what it believes to be the beginning of a more positive economic environment. At another firm, the change is due to the former executive’s desire to enjoy full-time retirement. But to ensure a smooth leadership transition, all three firms planned the CEO successions well in advance and promoted executives with long and diversified experiences within the respective organizations.

“Someone inside the firm really knows the culture of that firm, and that’s a very important component of any CEO decision,” says Rich Moore, a REIT analyst with RBC Capital Markets. “It’s kind of like a marriage, so having somebody who’s already there, whom the employees know and respect is the preferred way to go if you have a good candidate.”

Developers Diversified Realty, a Beachwood, Ohio-based shopping center REIT that operates 155.6 million square feet of retail domestically, was the first of the three firms to make an official announcement. On Nov. 9 it divulged that Daniel B. Hurwitz would succeed Scott A. Wolstein as CEO. Wolstein, who has served as CEO since 1992, will maintain a leadership position as executive chairman of the company’s board of directors.

Hurwitz, 45, has spent 10 years at Developers Diversified, most recently serving as president and COO. During that time, he worked in close collaboration with Wolstein, 57, and gained first-hand experience in leading the company. It’s been long expected in industry circles that he would eventually succeed Wolstein. The decision to make the move now might have been partly spurred by the company’s improved performance and stability in recent months and partly by the fear that the firm could have lost Hurwitz to a competitor. Hurwitz is viewed as a talented and experienced real estate executive. If Developers Diversified didn’t promote him, it was possible that other public and private real estate firms looking to fill top management positions might have aggressively courted him, says Moore.

“Obviously General Growth would need some additional members for its management team, Ramco-Gershenson is looking at having a CFO, Grubb & Ellis was until recently looking for somebody,” he notes. “With all those top management positions opened Dan certainly would have been a candidate.”

Meanwhile in Tennessee, the transition at CBL & Associates has also been planned for some time. On Dec. 14, the Chattanooga, Tenn.-based regional mall REIT announced that Stephen D. Lebovitz would succeed his father, Charles B. Lebovitz, as CEO. Stephen Lebovitz has been with the company for 21 years, most recently serving as president. He notes that in preparation for a potential leadership transition, CBL’s executive team initiated a strategic planning process two years ago, which gave him a good understanding of where the company should be heading long-term. And given the improved outlook for the economy this year, the REIT’s board felt this was the right time for the succession to take effect.

The strategic planning process “was very helpful just in terms of determining our strategic direction going forward, and I played a gradually increasing role with our key [business] relations,” Stephen Lebovitz says. “I’ve been groomed for this for a number of years, so I feel like am very well prepared.”

In 2010, CBL will be focused on growing its NOI and improving its stock performance, he adds. As of Tuesday morning, CBL’s stock was trading at $10.27 per share. In the past 52 weeks, the price of its stock has ranged between $1.92 per share and $11.17 per share. The company operates an 83.6-million-square-foot portfolio.

Like Wolstein, Charles Lebovitz will stay on as executive chairman of CBL’s board of directors.

The two new leaders say that the change will have virtually no impact on their day-to-day responsibilities as they have been effectively in control of the company for the past several years. Anthony M. Cafaro Sr., their father, continued to come into work and offered advice, but left the decision-making to them. Now that he has decided to retire full-time, the succession announcement is more of a formality.

“The appointment and my father’s retirement have been evolutionary, rather than being due to [sudden] change,” says Anthony Cafaro Jr. “We are proud to be recognized in our industry, but there haven’t been many changes in our daily routines for a couple of years.”

Both Anthony Cafaro Jr., 35, and William Cafaro, 40, have been serving the Cafaro Co. in various roles since they were children, starting with maintenance work when they turned 12. After joining the company full-time after graduating from college, Anthony Cafaro Jr. concentrated on leasing and construction, while William has focused on finances.

In the coming year, the brothers plan to spend most of their efforts on maintaining occupancy levels and working with tenants to develop successful strategies for dealing with the economic downturn. At the moment, the occupancy level at Cafaro properties portfolio-wide is somewhere in the mid-90 percent range, according to Anthony Cafaro Jr.