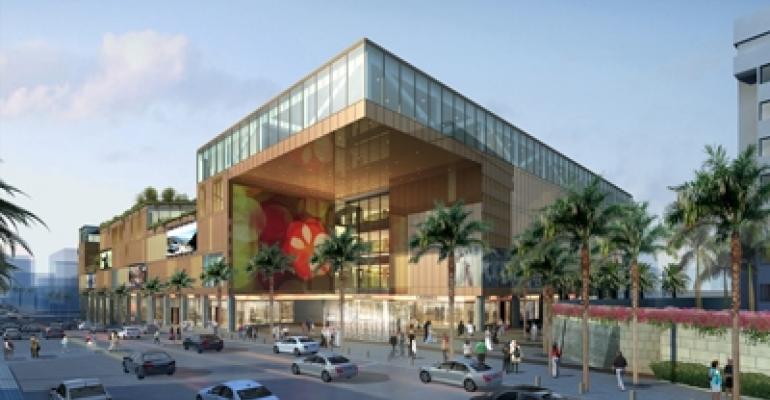 What does a retail architect do when there aren’t many retail buildings getting built, at least in the United States? That’s a question that architecture firms that specialize in retail real estate have had to wrestle with for much of the last two years.

While some companies have not survived, others have negotiated the downturn by adopting a variety of strategies, including cost-cutting, diversifying into other property types, looking for international work and pushing expertise in redevelopment, where there is more activity occurring.

New development, however remains a distant prospect. Some companies are tentatively making plans to build projects that may come online in 2012 or later. But that’s not exactly creating a groundswell of work in the present.

In 2010, U.S. developers are scheduled to deliver 37.3 million square feet of new retail space, the lowest volume of new deliveries in at least 28 years, according to the CoStar Group, a Bethesda, Md.-based research firm. And the outlook for new retail development might not improve substantially until 2012, the earliest date for which department store chains plan a healthy number of new openings, industry sources say.

In June, the American Institute of Architects’ Architecture Billings Index (ABI), a leading economic indicator of construction activity, fell 260 basis points to 45.8 from 48.4 in May. Any score below 50 already represents a contraction in demand for design services. On the bright side, the ABI for commercial and industrial projects specifically reached 51.3, up from 48.5 in May.

Architects say they are seeing more interest from developers who are reviving projects that have were put on the backburner during the downturn. But the volume of new retail work is still nowhere near where it was before the recession.

One tactic firms opted for is diversification. For example, during a normal year prior to 2007, approximately 80 percent of Cleveland-based ka architecture’s workload was in the retail sector. Today, that figure is closer to 50 percent, says Darrell Pattison, director of design with ka.

“We do see commitments from department stores happening now for projects [a few years down the road], and that’s a good sign,” Pattison notes. “The negative sign is the housing market, because population growth typically triggers new retail projects. Without some resurgence in the housing market it’s hard for retail developers to tap new projects, particularly in the U.S.”

Because of the slowdown, over the past two years many architecture firms have had to resort to cost-cutting measures to stay profitable, including downsizing staff and re-evaluating office space needs. For its part, ka had to let go two-thirds of its employees. Omniplan, a Dallas-based firm, also had to lay off some of its personnel during the worst of the recession, though it wouldn’t disclose the exact number. The only reason Nadel Inc., a Los Angeles-based firm, has been able to avoid large-scale layoffs was because it tried to limit hiring during the boom years, says Greg Lyon, Nadel’s design principal.

But cutting corners alone could not make up for the drastic drop in the volume of retail work. The downturn has forced firms without international presences to expand the scope of work they did in other sectors, while those with experience overseas have been doing more retail projects in Canada, Asia, the Middle East and South America. For example, ka has shifted more of its resources toward higher education facilities and student housing because according to Pattison, ‘when unemployment goes up, college enrollment goes up also” as people consider changing careers.

Omniplan has been doing more projects in the education sector as well, and has expanded its work with churches. “Churches were something we were doing before, but it’s a sector we are more focused on now than we were in the past,” says Tipton Housewright, principal. Housewright notes that the largest retail project Omniplan is working on right now is valued at only $15 million and involves a renovation rather than new construction.

Meanwhile, Nadel and Development Design Group Inc., a Baltimore, Md.-based architecture firm, have expanded their international reach. Development Design Group, for example, has recently entered Guatemala, in addition to building up its portfolios in China and Turkey, notes Dustin Watson, partner. And Nadel has been able to keep the annual volume of its retail work at approximately 60 percent of total with projects in Asia and the Middle East. For example, Nadel designed the $85.8 million 560,000-square-foot Galleria, which is under construction in Amman, Jordan. The 10-story mixed-use project will open in fall 2011.

Another tactic for some architects has been to push store design work. “We’ve kept our teams busy on direct tenant work,” says Lyon. “I’d say before, more of our work was developer work and now we are very active with the tenants that are focused on value products.”

Today, the largest retail project Nadel could get directly from a developer might be a 150,000-square-foot center in an urban infill location, Lyon estimates.

In spite of getting more phone calls from developers about potential future projects and seeing more requests for proposals in the market, the architects expect conditions to remain difficult for at least the next 18 months. Retailers outside the value-oriented sector remain cautious about expansion. Financing for new construction is still difficult to obtain.