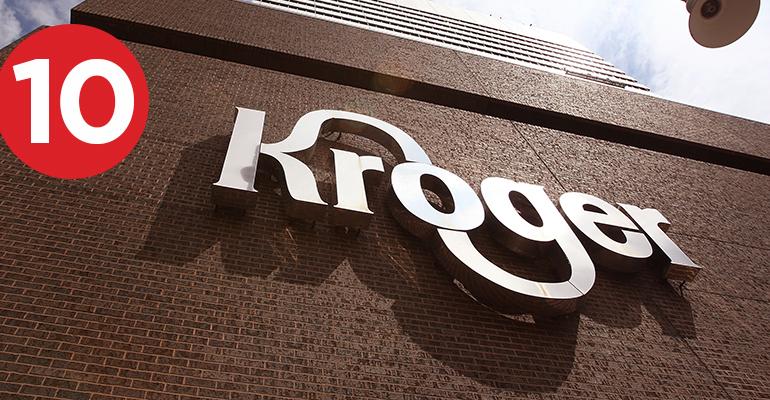 The U.S. government has found instances of fraud involving securitized apartment building mortgages, reports the Wall Street Journal. The White House plans to expand rules on using American-made products to government works, including infrastructure projects, according to CNBC. These are among today’s must reads from around the commercial real estate industry.

U.S. Pursues One of the Biggest Mortgage-Fraud Probes Since the Financial Crisis “Owners of an apartment complex near Pittsburgh, who wanted to take out a mortgage on the buildings, allegedly made vacant units look occupied by turning on radios, placing shoes and mats outside doors and in one instance having a woman tell inspectors her boyfriend was asleep inside. The owners obtained a $45.8 million loan, which was wrapped into mortgage securities and sold to investors.” (Wall Street Journal, subscription required)

Trump Is Preparing to Expand ‘Buy America’ Rules to Include Government Infrastructure Projects “The White House is preparing a new executive order expanding rules favoring American-made products in government projects, according to four administration officials and two other people familiar with the matter. The order, which is said to be nearing completion, would apply current ‘Buy America’ provisions to programs where they do not currently exist. In particular, the rules will apply to infrastructure projects such as roadways, pipelines and broadband.” (CNBC)

RFK-Newmark Deal Doesn’t Close as Brokers Fail to Sign Contracts “Newmark Group was slated to acquire RKF on July 1, but the deal couldn’t close because the retail brokerage was unsuccessful in getting the required 85 percent of its brokers and agents to sign five-year contracts, Commercial Observer has now learned. The hang-up: Having to contribute a percentage of their commission to stock. Newmark—a commercial real estate advisory firm—awards its brokers 10 percent of their commission through restricted equity units over a number of years, as CO previously reported, and that policy will be in effect for the RKF brokers once the deal is sealed.” (Commercial Observer)

JLL Sued Over Labor Rules for Office Tenants “Should a company get to choose whether to use union contractors at an office it leases? Or is it up to the building's manager? Those are questions raised by a federal lawsuit filed this week by a Chicago company that has accused real estate firm Jones Lang LaSalle of illegally blocking it from using nonunion labor for improvement projects at its downtown Chicago office.” (Crain’s Chicago Business)

Kroger Begins Tests of Driverless Grocery Delivery in Arizona “U.S. supermarket operator Kroger Co. said it will start testing driverless grocery delivery on Thursday with technology partner Nuro at a single Fry’s Food Store in Scottsdale, Arizona. Kroger and rival Walmart Inc each have teamed up with autonomous vehicle companies in a bid to lower the high-cost of “last-mile” deliveries to customer doorsteps, as online retailer Amazon.com rolls out free Whole Foods delivery for subscribers to its Prime perks program.” (Reuters)

Labor Union Launches Ads Targeting Gwen Graham Over the American Dream Mega-Mall “The union isn't the first to go after Graham about the project. Fellow candidate and Palm Beach billionaire Jeff Greene has already aired television ads attacking Graham. Levine has said he's been against the project from the beginning, but has so far stayed out of the fight. The mall project, which would feature a theme park and an indoor ski slope, would be America's largest, and it has been strongly opposed by environmental groups over fears that it would encourage more development on the eastern edge of the Everglades.” (Tampa Bay Times)

4 Tips for Investing in Property in Another Area “Most real estate investors start by investing in local property, but what if buildings in the area are overvalued, or if there are good deals in another city or state? Investing outside your local area takes a different mindset than buying property in your hometown. Here are some tips to help. Study the new region. To get a sense of an area's well-being, look into area statistics like crime, schools, population growth, median income and the municipality's finances.” (U.S. News & World Report)