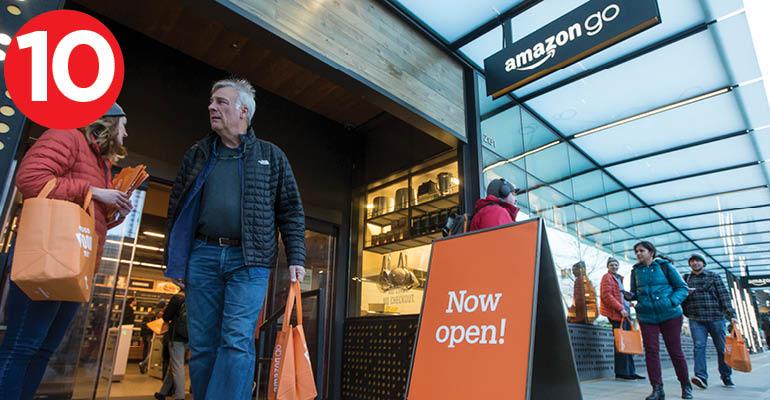 New York Federal Reserve President John Williams expects interest rate hikes to continue next year, reports Reuters. Bill Gates and Jeffrey Vinik are partnering on Tampa’s biggest development project, according to the Wall Street Journal. These are among today’s must reads from around the commercial real estate industry.

Fed’s Williams Expects Further Rate Increases into Next Year “One of the most influential Federal Reserve policymakers said on Tuesday he expects further interest-rate hikes continuing next year since the U.S. economy is ‘in really good shape,’ reinforcing the Fed’s upbeat tone in the face of growing doubts in financial markets. Even as New York Fed President John Williams told reporters he expects the U.S. expansion to carry on and surpass its previous record around mid-2019, stock markets headed lower Tuesday morning while a potentially worrying trend of ‘inversion’ continued to grip Treasury markets.” (Reuters)

These Affordable Midsize Cities Also Have a Claim to Fame “Big coastal cities have some of the highest house prices in the country. In comparison, medium-size cities are often relative bargains. But not always. Each quarter, NerdWallet calculates home affordability for 172 metropolitan areas for which the National Association of Realtors publishes home prices. NerdWallet narrowed its focus this quarter to the medium-size metros — those with populations between 250,000 and 1 million. The resulting 87 metro areas range in size from Yakima, Washington, with a population of 250,193, to Tulsa, Oklahoma, with 990,706.” (MarketWatch)

New Effort to Push More Housing Near Transit Stations by Setting State Rules “A state bill to allow dense housing near transit stops, alleviating long commutes and coaxing people out of cars, never made it out of committee last session. But backers think the mood has shifted enough in the housing debate to try again. ‘I think the political climate is changing,’ said state Sen. Scott Wiener, D-San Francisco. He’s the lead sponsor of the More HOMES Act — HOMES stands for Housing, Opportunity, Mobility, Equity and Stability.” (San Francisco Chronicle)

Who Said Stores Are Dead? These Retailers Are Investing Billions in Bricks and Mortar “Though shoppers are increasingly spending more time and money online, that doesn't mean retailers should ignore their stores. In fact, some of the biggest players in the industry are spending billions of dollars to remodel their existing shops, hoping to lure customers inside with more modern fixtures, easier checkout options and online order pickup kiosks. That's as Amazon — many retailers' biggest threat today — is investing more in its own real estate and opening stores ranging from its cashier-less ‘Go’ convenience shops, novelty ‘4 Star’ locations and bookstores.” (CNBC)

Bad Landlords? These Coders Can Help “When Dan Kass moved to New York City in 2013 after graduating from college in Boston, his introduction to the city was one that many New Yorkers are all too familiar with: a bad landlord. Mr. Kass and two roommates rented a cramped basement apartment in Crown Heights in Brooklyn, which they soon found out was riddled with problems and had been rented illegally. ‘It was completely without heat in the winter time,’ Mr. Kass said. ‘You didn’t see it when you did the initial walk-through, but there was a huge cockroach infestation behind the walls.’” (The New York Times)

Developers Jockey to be First to Build in Rezoned South of Market Hot Spot “One project has a public swimming pool and recreation center. Another features a child care facility. A third offers a park and affordable space for makers and artists. A fourth is proposing a modern wholesale flower market. And all of them are jockeying to be first in line, as an explosion of new development is set to transform a 17-block chunk of SoMa. After seven years of planning and debate, the Board of Supervisors last month rezoned the portion of South of Market that extends from Market Street south to Townsend Street and from Second Street to Sixth Street.” (San Francisco Chronicle)

L.A. County Considers Building a New City Where Fire Hazard Is High. Is Tejon Ranch Worth the Risk? “A long-debated development in a remote, uninhabited part of Los Angeles County could be vulnerable to dangerous wildfires of the type California has seen in recent months, prompting concerns about the safety of building there. The Centennial development at Tejon Ranch would sit squarely within ‘high’ and ‘very high’ fire hazard severity zones as defined by the California Department of Forestry and Fire Protection.” (Los Angeles Times)

Malls Ousted from CMBS Conduits as Retail Sector Labors “The retail sector might have high hopes for the holiday season, but that doesn’t mean it’s garnering the same enthusiasm from the commercial mortgage-backed securities market. Retail CMBS is floundering, and bondholders aren’t necessarily looking to make bets on lower-grade—Class-B, -C and -D—regional malls, which have mostly been expelled from the CMBS world; even Class-A malls aren’t considered a sure bet.” (Commercial Observer)

Why Do All New Apartment Buildings Look the Same? “A wave of sameness has washed over new residential architecture. U.S. cities are filled with apartment buildings sporting boxy designs and somewhat bland facades, often made with colored panels and flat windows. Due to an Amazon-fueled apartment construction boom over the last decade, Seattle has been an epicenter of this new school of structural simulacra. But Seattle is not alone. Nearly every city, from Charlotte to Minneapolis, has seen a proliferation of homogenous apartments as construction has increased again in the wake of the financial recession.” (Curbed)