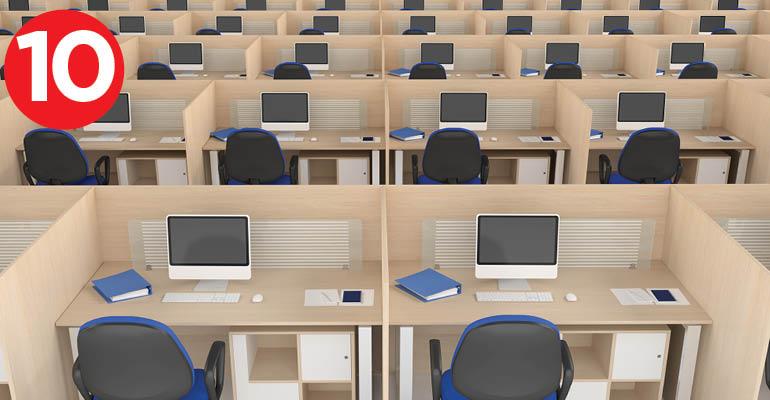 The U.S. government pension insurer filed opposition papers against Eddie Lampert’s bid to buy out Sears, reports the Wall Street Journal. Crain’s Chicago Business looks at notable women in commercial real estate. These are among today’s must reads from around the commercial real estate industry.

U.S. Pension Insurer Slams Lampert Bid for Sears “The planned sale of Sears Holdings Corp. to its chairman, Edward Lampert, is under fire from the U.S. government’s pension insurer over a $1.7 billion funding gap that the agency says should sink his efforts to buy out the chain. The Pension Benefit Guaranty Corp. filed papers Saturday in U.S. Bankruptcy Court in White Plains, N.Y., in opposition to Mr. Lampert’s proposed $5.2 billion bid to purchase about 400 Sears and Kmart locations out of bankruptcy. The filing adds an influential voice to the growing chorus of creditors who are unhappy with Mr. Lampert’s offer and would rather liquidate the company.” (Wall Street Journal, subscription required)

Johns Hopkins Buying Newseum Building in DC for $372M “The founder and main funder of the Newseum, a Washington museum devoted to journalism and the First Amendment, has reached a deal to sell its sleek steel-and-glass building on a prime stretch of real estate in the nation’s capital. In a Friday announcement, the Freedom Forum said Johns Hopkins University will buy its museum building on Pennsylvania Avenue between Congress and the White House for $372.5 million. The deal still needs to be approved by regulators and the Newseum will remain open to the public through the end of the year.” (New York Post)

Crain’s Notable Women in Commercial Real Estate “The 30 brokers, directors, investors, developers and finance professionals on this list are among those shaping high-profile commercial real estate in Chicago. Many have brokered deals for and developed the city’s most recognizable properties. Others are helping to steer industry groups that are fostering the next generation of women’s leadership in commercial real estate. Please join Crain’s in recognizing their contributions to Chicago business and development.” (Crain’s Chicago Business)

How Your Open Floor Office Is Killing Your Privacy and Safety “While open-plan offices save corporations a lot of money, they wreak havoc on your ability to focus, especially when you are working with a difficult person. They can even impact your health - especially when you work with someone whose goal is making your life miserable.  First, a look at how open-plan offices harm your productivity and communication. What was once hailed as a step towards better communication (and lower costs) has turned into a failure in many companies.” (Forbes)

NYC Council Bill Would Save Commercial Landlords Cash in a Property-Tax Appeal “The City Council passed a bill last week that could give thousands of commercial and apartment-building owners in New York City a financial break when they appeal their property-tax assessments. Owners of rental-apartment, store or office buildings assessed at $1 million or more have since 1973 been required to submit documentation of their income to the city’s Tax Commission to appeal their property taxes. The city considers income on the property when assessing its value or adjusting an assessment.” (Wall Street Journal, subscription required)

Huntington Beach Sues State, Claiming Housing Law Is Unconstitutional “The Orange County city of Huntington Beach has filed a lawsuit against the state of California, seeking to overturn SB35, a law that went into effect in 2018 that streamlines processes for building new housing developments. Huntington Beach’s lawsuit contends that the state’s Constitution grants charter cities exclusive authority over local land use and zoning. SB35 requires housing projects to be approved faster if they offer affordable housing and meet certain conditions, such as the use of union labor.” (San Francisco Chronicle)

Who Is Pilsen’s New Co-Living Development For? “A four-story, 59-unit residential development is coming to Pilsen — and unlike many new properties in the neighborhood, you can find a spot there for a relative bargain. At Common Addams, which broke ground at 1407 W. 15th Street in November and is slated to open in 2020, rent will start at $975 a month for a one-bedroom apartment — a price tag well under the neighborhood’s average of $1,445 for a comparable unit. That price includes all utilities, WiFi, furniture, and a variety of amenities, including a gym, movie room, wet bar, bike storage, roofdeck, and onsite parking.” (Chicago Real Estate)

Ken Griffin Bewilders Insiders with Record-Setting Real Estate Purchases “Griffin just dropped an astonishing $240 million on four unfinished floors at the so-called ‘Billionaires’ Bunker’ at 220 Central Park South. Sources say Griffin, who already owns the most expensive apartment in Chicago, went on a buying spree after his big-money divorce from wife Anne Dias Griffin was settled in 2015. The mogul also leased 16 floors at 425 Park Ave. for his fund Citadel, reported to be the most expensive office lease ever. He further snapped up a $60 million penthouse in Miami, which he never moved into and put back on the market last year for $72 million. He’s yet to find a buyer, according to multiple real-estate sources.” (New York Post)

A Penney Saved? “Over the holidays, a time of consumer spending strength that lifted most, a few unlucky retailers — including Tiffany & Co., Macy's and Nordstrom —  suffered disappointing numbers. J.C. Penney was also in that sad group, as its holiday comps tumbled 3.5% (5.4% without a sales timing shift), but it's facing an even more alarming truth — that its seasonal weakness may be less of a disappointment only because it wasn't much of a surprise.” (Retail Dive)

Malkin Properties Gets $155M Loan for 2 CA Hotels “S.D. Malkin Properties is the recipient of a $155 million construction loan for the development of two oceanfront hotels in Oceanside, Calif., in metro San Diego. HFF placed the financing with Bank OZK of Little Rock, Ark., and an East Coast-based institutional investor. Malkin declined to disclose a total dollar value for the project. The 2.8-acre, two-block site is along Mission Avenue and North Pacific Street, with immediate access to the beach. Totaling 387 rooms—most of them with water views—the two hotels will be operated by Destination Resorts and Joie de Vivre.” (Commercial Property Executive)