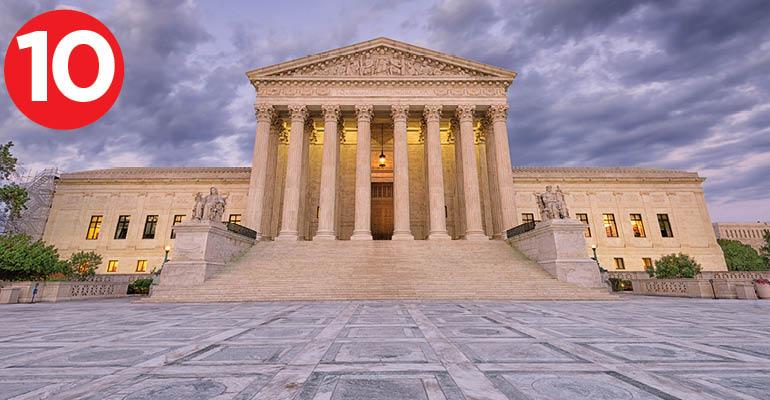 MarketWatch looks at the list of 78 Sears stores slated for closure. Hotel operators are entering the home rental market, reports The New York Times. These are among today’s must reads from around the commercial real estate industry.

‘Man Who Crashed the World’ Turns to Philanthropy, Real Estate “Few individuals played a more pivotal role in the financial crisis than Joseph Cassano. He began his Wall Street career as a backroom clerk and worked his way up to chief executive of AIG’s Financial Products unit in London. His group created products to insure pools of mortgage debt. But when the assets fell sharply in value, the firm couldn’t meet collateral calls. That contributed to the insurance giant sliding to the brink of collapse before a $182 billion federal bailout.” (Wall Street Journal, subscription required)

Here's an Updated List of 78 Stores Sears Is Closing in September “Sears Holdings Corp. provided an updated list of the 78 Sears and Kmart stores that will close in September, with liquidation sales at the last 10 stores announced to begin as early as July 13. Sears said at the end of May, in its fiscal first-quarter earnings report, that it had identified 100 “non-profitable” stores, and that it would begin closing 72 of those stores in the coming months. The company initially provided a list of 63 stores it would begin closing in early September, updated that list to 68 stores in early June, and added 10 more stores to the list last week that will begin closing in late September.” (MarketWatch)

As Silicon Valley Looks to Tax Tech, San Francisco Has Lightened its Load “As fast-growing tech companies strain housing, transportation and other civic resources, cities are pushing to increase their taxes. There’s one exception: San Francisco. Last week, Mountain View’s City Council placed a business tax on the November ballot that would disproportionately affect one major employer, Google. If voters approve it, the tech giant will pay an estimated $3.3 million per year, more than half the $5.9 million in annual revenue Mountain View expects from the tax.” (San Francisco Chronicle)

Blurring Lines, Hotels Get into the Home-Sharing Business “Hotels largely stood by as home sharing companies like Airbnb began offering travelers a chance to bypass a standardized hotel room and, instead, live like a local. But hotels are no longer standing by. In fact, they’re beginning to get into the private home-rental market themselves, mostly at the high end — but with a difference. They say they can consistently provide service that’s up to hotel standards.” (The New York Times)

What the Supreme Court Internet Sales Tax Ruling Mean for Physical Retail “We know that they Quill decision made it so that online merchants, with no nexus, did not have to collect and remit sales tax back to the state in which the buyer lived. But, that did not mean the tax wasn’t due – it still most certainly was. What the decision created though was a scenario that put the onus from the seller, onto the buyer (i.e. consumers). At the end of the year, consumers were supposed to take all the purchases they made online that were not collected, calculate the sales tax, tally up the total and remit it to their state at tax time. I think we all know that this was not happening.” (Forbes)

Will Cushman Fall Flat on Wall Street? “Cushman & Wakefield stands alone among the city’s big commercial brokerages. Not only is the 100-year-old firm the last of its peers to go public, its Sixth Avenue headquarters makes it an outlier as well. Cushman’s main competitors — CBRE, JLL and Newmark Knight Frank — are all located several avenues over, near Grand Central Terminal.” (The Real Deal)

SF’s Appalling Street Life Repels Residents—Now It’s Driven Away a Convention “In a move that is alarming San Francisco’s biggest industry, a major medical association is pulling its annual convention out of the city — saying its members no longer feel safe. ‘It’s the first time that we have had an out-and-out cancellation over the issue, and this is a group that has been coming here every three or four years since the 1980s,’ said Joe D’Alessandro, president and CEO of S.F. Travel, the city’s convention bureau.” (San Francisco Chronicle)

Kite Realty Forms JV, Recaps 3 Retail Properties with TH Real Estate “Kite Realty has recapitalized three retail assets via a new joint venture with TH Real Estate, a Nuveen company. The two companies have formed the venture to acquire retail properties via a fund managed by TH Real Estate. Kite Realty contributed three properties to the venture valued at $99.8 million in exchange for a 20% ownership interest and $89 million in net proceeds. It will serve as the operating member responsible for day-to-day management of the properties and will receive property management and leasing fees.” (GlobeSt.com)