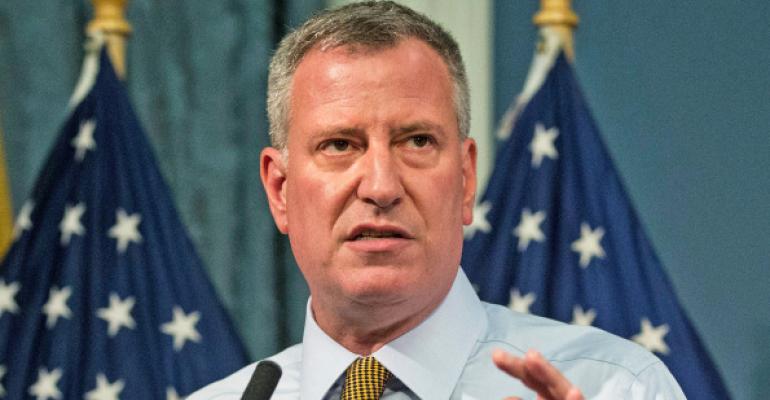 What this would do is force New York City retail locations from keeping their properties empty or holding out for a high-paying, long-term tenant.

Vacant storefront windows throughout New York City are an urban blight. And with traditional retail being such a tough market, they're becoming more common.

Mayor Bill de Blasio has a plan to solve this problem.

While in Albany, the mayor called for the passage of a "commercial vacancy tax." What this would do is force retail locations from keeping their properties empty or holding out for a high-paying, long-term tenant.

Landlords currently have a legal right to hold out for the rent levels they want.

"We have a number of empty storefronts. It's a growing problem in our neighborhoods. Let's pass a smart, targeted tax to stop landlords from leaving their properties empty, from blighting neighborhoods," de Blasio said (h/t Crain's Business). "Let's make clear to landlords that this is a problem for our communities, and with this tax, hopefully we would encourage landlords to turn their properties over more quickly and ensure that small businesses have an opportunity to rent them at a reasonable level."

These days, New York landlords tend to be institutional investors and hedge funds. Small businesses have been having a tough time renting stores, which typically go to chains or temporary luxury businesses.

Empty storefronts are also problematic in prosperous Manhattan neighborhoods, which are struggling with much higher rates of vacancy, from 14 percent on Columbus in the Upper West Side to 20 percent on Broadway in SoHo.

This isn't the first time de Blasio has mentioned a "vacancy tax." In January, he mentioned it during a press conference. Before that, the mayor mentioned it on The Brian Lehrer Show on WNYC.