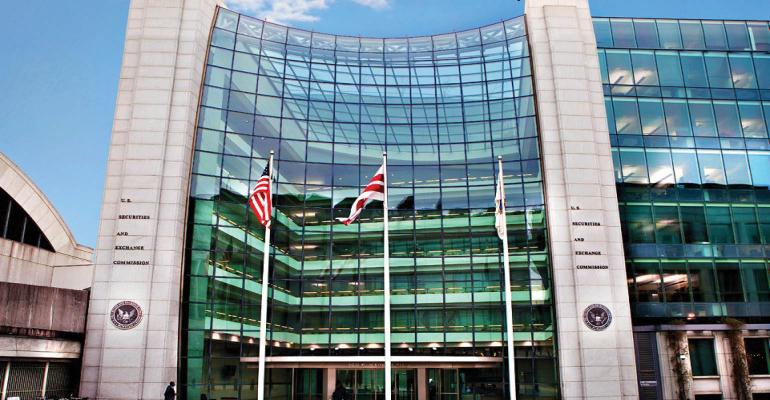 Other commercial real estate owners will be held to the same purchase option requirement, a point the GAO seized upon in its analysis.

The General Services Administration justifiably required prospective landlords to give it the right to buy the Securities and Exchange Commission's D.C. headquarters even though the federal agency plans to lease, rather than own, that space for more than a decade, a government watchdog concluded.

The Government Accountability Office recently posted a nine-page decision to its website detailing why it rejected a protest by affiliates of the SEC's current landlord, Property Group Partners, which claimed the requirement was unreasonable and unduly restricted competition. The GAO shut down PGP's protest Jan. 17 but did not make its decision known publicly at the time.

It's unclear whether the rejection will cost PGP its anchor tenant at Station Place, a three-building complex near Union Station. Other commercial real estate owners will be held to the same purchase option requirement, a point the GAO seized upon in its analysis. PGP was among the potential bidders that responded to the GSA's request for lease proposals, GAO General Counsel Thomas Armstrong wrote in his decision, an indication the purchase option requirement wasn't a deal breaker for it or other landlords.

"In essence, the fixed-price or assignable nature of the option, in isolation, merely affects the desirability of competing for the lease; it does not prevent a firm from competing that otherwise wishes to compete," Armstrong wrote. "In this case the protestors have made clear that they do not object to a purchase option in principle, and have, in fact, submitted an offer under the existing RLP."

Through a spokeswoman, representatives for PGP declined to comment.

It's a high-stakes competition for the commercial real estate firm, which has been the SEC's landlord at Station Place since 2005 but under leases set to expire between this April and March 2021. Oversight committees in the House and Senate previously adopted resolutions authorizing the GSA to seek a new lease costing the government up to $63.7 million a year in rent.

All bidders for the 1.3 million-square-foot requirement were required to include a set amount the government could pay for the SEC's headquarters after an initial 15-year lease term, and another purchase option after a 10-year lease renewal period. PGP, in its protest, said it isn't opposed to purchase options, but challenged the fixed-price option compared to one one calculated in the future based on the building's net value at that point. It's too speculative, PGP argued, to know what a property will be worth that far ahead.

PGP made several other arguments, including that bidders with less costly real estate to lease the government were at an advantage to higher-quality office space like Station Place. It also asserted that it's unclear what specific agency need the GSA is fulfilling by requiring bidders to include a purchase option when the GSA is in the market for leased space for the SEC.

Armstrong, in his response, rejected those arguments and said it's up to particular agencies to determine what their specific needs are. What's more, he agreed with the GSA's position that the purchase option can help agencies plan for a potential acquisition in the future, and that owning, in many cases, can be less costly to the government than continuing to lease space. It's not the government's burden, he said, for the GSA to include a level playing field when it comes to property values in a competitive search process.

"While this requirement may ultimately work to the advantage of some offerors and the disadvantage of other offerors, an agency is not required to neutralize a competitive advantage that a potential offeror may have by virtue of its own particular circumstances where the advantage does not result from unfair action on the part of the government."