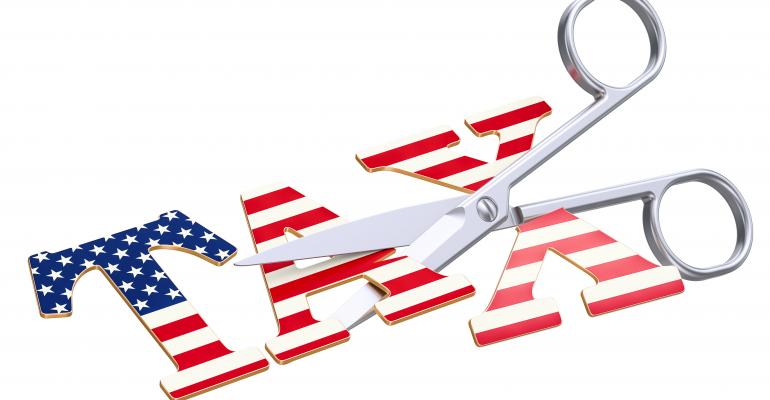 The capital gains change would slash tax bills for investors when selling assets such as stock or real estate by adjusting the original purchase price for inflation.

(Bloomberg)—President Donald Trump says giving investors a tax break on their capital gains would trigger growth -- but economists question how much it would juice the economy, especially if he tries to do it without Congress.

For the first time since taking office, Trump weighed in publicly about indexing capital gains to inflation -- a policy change that’s been gaining attention since Treasury Secretary Steven Mnuchin said his department was looking at whether it could sidestep Congress and issue a rule directly.

“I’m thinking about it very strongly,” Trump said Thursday during an interview with Bloomberg News in the Oval Office. “It’s a stimulus.”

If Trump bypassed Congress -- either through a Treasury rule or executive order -- it would lead to “relatively modest” growth since investors would be worried that a new administration could reverse it, according to Kyle Pomerleau, an economist at the conservative Tax Foundation.

“Those decisions are made for the long run,” Pomerleau said.

The capital gains change would slash tax bills for investors when selling assets such as stock or real estate by adjusting the original purchase price for inflation. That would effectively make the difference between the purchase price and the selling price smaller -- ultimately producing a relatively lower tax bill for investors.

The change has been a longtime goal of Trump’s top economic adviser, Larry Kudlow, who has pushed for the second round of tax cuts House Republicans are planning on unveiling in September to include capital gains changes. House Ways and Means Chairman Kevin Brady has said the “Tax Cuts 2.0” legislation won’t include indexing for capital gains.

Conservatives argue indexing to inflation would help to spur the economy because investors would be more inclined to sell their investments and put the money to work elsewhere, rather than holding onto those assets until they die.

Proponents of the move greeted Trump’s comments on Thursday as positive. Andy Roth, vice president of government affairs at the Club for Growth, said they signal there’s forward momentum on the issue. A new lobbying group was formed in August called the Center for a Free Economy to advocate for linking capital gains with inflation.

Trump declined to say if he would make a decision on how to proceed before the November midterm elections.

If capital gains were indexed, it would likely lead to a one-time bump, rather than a long-lasting stimulus, said Stephen Entin, a senior fellow at the Tax Foundation.

And applying the policy to old investments, not just new ones, is unlikely to provide robust growth. “You can’t incentivize investment in 2001,” said Daniel Hemel, a tax law professor at the University of Chicago. “That’s already a sunk cost.’

Aside from the economic growth debate, there are other obstacles. The move would likely face legal challenges from critics who say it gives an unfair advantage to investment income (compared to, say, interest earned on savings accounts or wages) and from those who say it needs congressional approval.

It’s still unknown whether Trump can cut capital gains taxes unilaterally, but Treasury is studying the issue. There isn’t a deadline for when the department will reach a conclusion, an official said last month.

President George H. W. Bush’s administration considered allowing gains to be indexed to inflation through regulation without Congress, but ultimately dropped the idea after a 1992 memo knocked it down. At the root of the issue is whether Treasury can change the definition of cost so taxpayers can use inflation in their calculations.

Grover Norquist, president of Americans for Tax Reform, has argued that the Bush-era memo was incorrect and produced a widespread misunderstanding for more than two decades.

But Hemel and David Kamin, a law professor at New York University, said in a draft research paper that “the same arguments that led officials in the first Bush administration to reject the idea in 1992 are applicable today.”

Legal challenges could come from brokers, who could show that the additional calculations of the values of their clients’ investments reflecting inflation would be a burden. Mutual funds and real estate investment trusts could also be willing to sue. The tax code requires each of those entities to have a certain percent of their income stem from approved income sources, which include capital gains. The indexing change could alter their income mix, causing them to lose their favored tax status.

The change could also open the door to savvy investors looking for arbitrage opportunities. Taxpayers could buy capital assets with debt, which generates a deduction. After a year, the taxpayer could sell the asset, pay little or no tax on the gain, but still be able to claim the tax break from the interest on the loan.

And there are the optics ahead of the mid-term elections. More than 63 percent of the benefit would go to the top 0.1 percent of taxpayers -- and the tab would be $102 billion over the next decade, according to estimates by the Penn Wharton Budget Model.

“This would be a further tax giveaway to the highest income categories,” said Steve Rosenthal, a senior fellow at the Urban-Brookings Tax Policy Center. “Capital gain income is overwhelmingly reported by rich guys.”