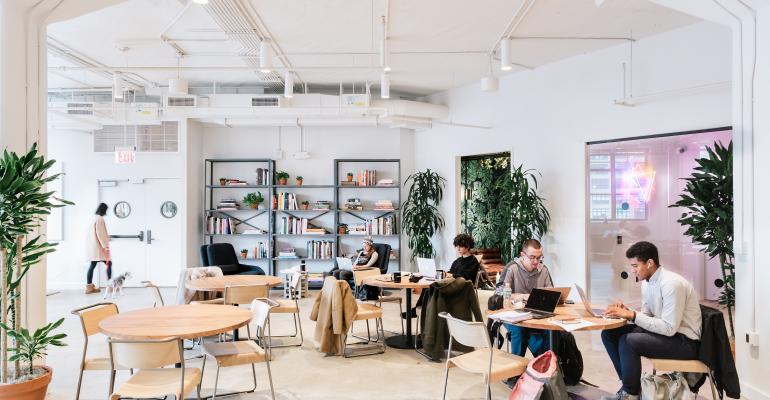 WeWork Gets Another $1 Billion From SoftBank

(Bloomberg)—As WeWork Co.’s co-working business grows, so have its expenses, which means it continues to need cash. Luckily, the startup has a willing partner: SoftBank Group Corp.

The Japanese conglomerate will invest another $1 billion in WeWork in the form of a convertible note, WeWork said Thursday in a discussion of its first-half performance. The New York-based co-working company had $1.9 billion in cash on hand as of June 30 and already raised about $5 billion from SoftBank last summer and earlier this year for its China-focused subsidiary.

WeWork’s sales are rising and its construction costs per desk are dropping, said Artie Minson, WeWork’s president and chief financial officer. “All of those together basically give you the confidence to want to go faster,” he said. “There's significant interest in WeWork equity from large institutions.”

If that investor interest leads to another funding round of at least $1 billion, or if the company goes public, SoftBank’s loan to WeWork will convert to equity. The price per share will depend on whether SoftBank or another investor leads the round, the company said. If another firm is the majority investor, SoftBank will get a guaranteed minimum price per share of $110, which would value the company at $42 billion. WeWork's most recent fundraising round valued the company at $20 billion, though a SoftBank executive said that the company was seeking to raise more at a $35 billion valuation.

WeWork also said it acquired two small general contracting firms, one in New York and another in London, as part of its effort to bring more parts of the design and construction process in-house.