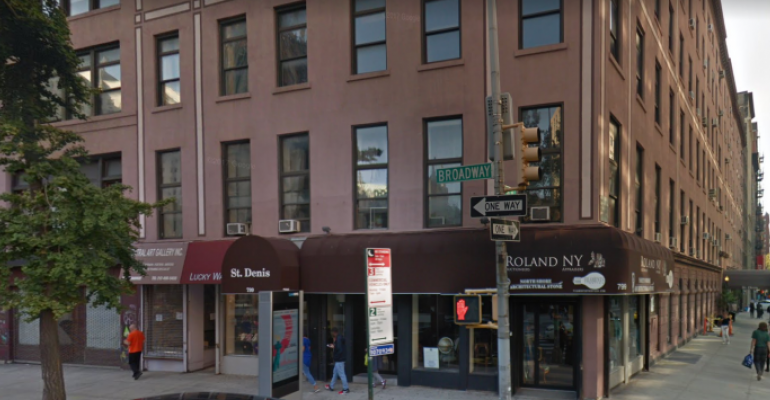 Ares Stake in NY Broadway Building Might Be Sold to REIT

(Bloomberg)—Columbia Property Trust Inc. is in talks on a joint venture with Normandy Real Estate Partners LLC to buy into an office project in Manhattan’s Greenwich Village, people with knowledge of the matter said.

A deal would see Atlanta-based Columbia, a real estate investment trust with a market value of $2.7 billion, assuming ownership of Ares Management LP’s 50 percent stake in 799 Broadway, said one of the people, who asked not to be identified because the information is private.

Normandy, which owns the other half of the building, has already outlined plans to demolish the six-story building and replace it with a 182,187-square-foot, glass-walled office designed by Perkins + Will.

The site was bought from Cambridge Associates LLC for $101 million in 2016, according to New York property records.

Columbia is one of a handful of real estate investment trusts that has previously turned to joint ventures as a way to shore up its balance sheet and bolster its portfolio in core markets. In July 2017, it formed a joint venture with Allianz Real Estate of America, part of Allianz Group, that included three Class-A office properties: two in San Francisco and one in Manhattan.

In a separate transaction, in October 2015, it completed a sale of a 49 percent stake in a Washington building to Blackstone Group LP’s real estate affiliate, Blackstone Property Partners.