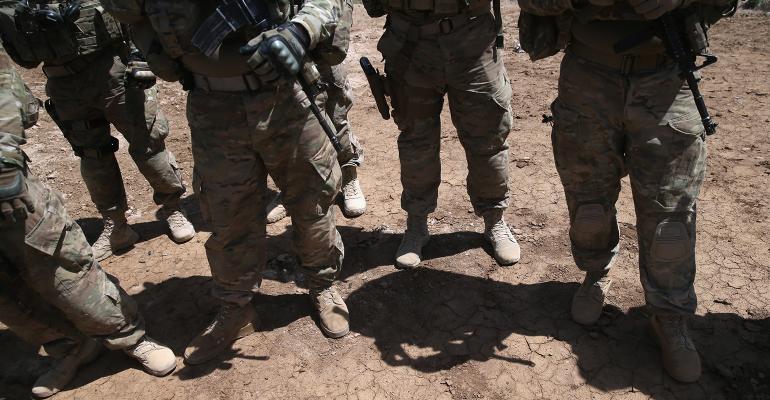 The plan for a new command to oversee and consolidate weapons acquisition for the Army has sparked interest in communities eager to make a pitch for government facilities.

(Bloomberg)—The U.S. Army expects to pick a location by June for its planned Futures Command, but it doesn’t intend to build a costly new facility, according to Army Secretary Mark Esper.

“Some folks’ expectation is that Futures Command will be as big as some of the other,” existing command operations, Esper said in an interview. “It won’t be, but what we do want to do is put it in a location where we have access to really good civilian talent” and “good industry and academia” expertise with opportunities to recruit them.

The plan for a new command to oversee and consolidate weapons acquisition for the Army has sparked interest in communities eager to make a pitch for government facilities. But Esper said in the interview Monday that “what we are really looking at is office space, not a new installation.”

“As we winnow down the list, part of the discussion may be” that some locations “want to offer us a better deal in terms of location space and cost,” said Esper, a West Point graduate and officer in the 101st Airborne who went on to become a congressional aide and, most recently, vice president for government relations with defense contractor Raytheon Corp.

The Army is calling the Futures Command, which will be run by a four-star general, its most significant organizational development since 1973. The command is intended to integrate processes for crafting weapons requirements, assessing their relevance to the international security environment and expediting their fielding and development.

The command will be the focal point of an Army attempt to improve its acquisition of major weapons after high-profile failures since the early 2000’s, such the RAH-66 Comanche helicopter, the Crusader self-propelled howitzer, and most recently the WIN-T 2 communications network.

Esper foresees a command of “less than 500” military personnel and civilians. Asked how much pressure the Army was getting from lawmakers to locate the new command in their districts, he said the inquiries were along the lines of “please consider... ”

Esper, reflecting his roots in the 101st Airborne, said, he’s focused on improving “soldier lethality.” Because the infantry bears the brunt of casualties, he wants to “help it along and make sure we do everything we can for the infantryman.”

Esper said the service soon will submit a request to Congress to shift $89 million from another account to buy 3,000 additional enhanced night-vision devices that integrate weapons sights for new guns. The device gives soldiers all-weather capability with improved depth perception to spot and shoot enemy combatants.

“It’s a significant upgrade,” he said. The Army plans to equip 100,000 troops with the devices and has already put more than $97 million on contract with London-based BAE Systems Plc to acquire them.