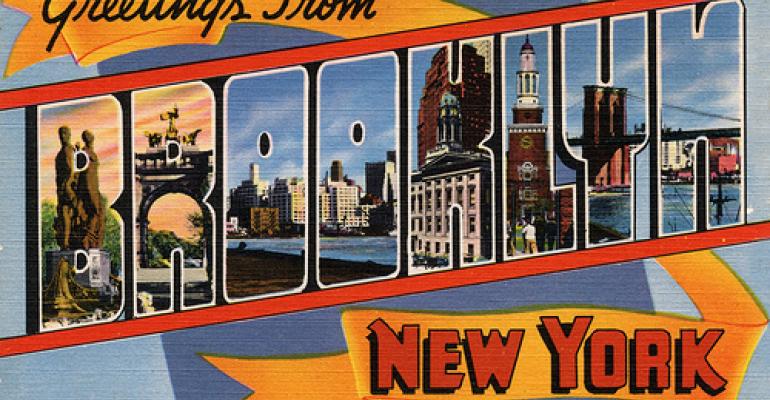 Brooklyn as Next Hot Spot for New York Offices? Not So Fast

Brooklyn developers and landlords face the challenge of attracting tenants at a time when the Manhattan market is softening, making it less of a necessity for companies to look for cheaper alternatives.

(Bloomberg)—Brooklyn’s image as New York’s hub of hipness attracts residents from artists to bankers. Yet in at least one respect, the city’s most populous borough is struggling to live up to its hype.

A push to attract big-name companies for large offices in Brooklyn has so far come up short. Not one non-government employer has signed a lease for more than 100,000 square feet (9,300 square meters), a typical minimum size for a building’s anchor tenant, since mid-2015. Last year, the only deal that large was a renewal by the New York City Fire Department.

With about 7 million square feet of offices planned -- more than twice the space at the Empire State Building -- luring major tenants is critical to developers who see the borough as the next frontier for companies seeking state-of-the-art spaces and a more affordable alternative to Manhattan. Projects in the works include a waterfront complex at the Brooklyn Navy Yard and a conversion of former Jehovah’s Witnesses buildings that were purchased last year by a group including a company led by Jared Kushner, President Donald Trump’s son-in-law and now senior adviser.

“It’s going to take a little bit longer than some observers may think” for new office properties to be fully leased, said Zev Holzman, who does work in Brooklyn as senior managing director at Savills Studley Inc. “The tenant pool is not that deep. It’s not there yet.”

Brooklyn developers and landlords face the challenge of attracting tenants at a time when the Manhattan market is softening, making it less of a necessity for companies to look for cheaper alternatives. The borough also is set apart from the city’s corporate hub and its location makes it a difficult commute for people who live in New Jersey or New York’s northern suburbs, reducing the appeal for companies that draw employees from all over.

Developers have been betting that Brooklyn’s reputation as an epicenter of forward-thinking, creative living -- which has helped push home prices to record highs -- would appeal to younger workers, particularly in the technology industry, who want their jobs to be closer to their residences.

There are 23  office projects planned in Brooklyn, according to brokerage Cushman & Wakefield Inc. That would expand the current stock by about a quarter by 2020 if all are built, raising the possibility of a glut. Many projects involve taking old factories and warehouses from the borough’s industrial past and reconfiguring them to attract tech tenants.

Large tech companies that have settled in New York City, such as Facebook Inc. and Alphabet Inc.’s Google, have so far picked Manhattan almost exclusively. Spotify Ltd., the world’s largest music-streaming service, chose lower Manhattan’s 4 World Trade Center in a deal signed in February. IBM agreed last month to occupy almost all the space -- about 70,000 square feet -- at a Greenwich Village location of office-sharing startup WeWork Cos. IBM also is looking for about 300,000 square feet for its Watson artificial intelligence unit to supplement  its offices in the East Village. An IBM spokesman declined to comment on any leasing the company may be considering.

Amazon.com Inc. in 2013 opened a photo studio in Williamsburg and later leased space in a Sunset Park warehouse for a distribution center. While Brooklyn is under consideration for offices, the e-commerce giant is also looking at Manhattan, potentially taking about 300,000 square feet at 5 Manhattan West, a skyscraper in the Hudson Yards development zone, said a person with knowledge of the company’s plans. A representative for Amazon declined to comment.

The last major lease agreement in Brooklyn involving a private company was with WeWork -- and even that deal is with an office-sharing firm that relies on luring workers to its space. WeWork agreed in July 2015 to take about a third of the space at Dock 72, the 675,000-square-foot project with Boston Properties Inc. and Rudin Management Co. at the Brooklyn Navy Yard, marking the startup’s first ground-up development.

“I won’t disagree that there hasn’t been that big headline tenant to date, north of 100,000 feet,” said Joseph Cirone, a broker with Cushman & Wakefield who represents two Brooklyn projects. Still, the market “is very healthy,” he said, citing almost half a million square feet of leases signed in the first quarter, including four for more than 50,000 square feet each.

The vision of insatiable Brooklyn office demand has come up against some intractable realities, such as the borough’s location somewhat removed from the center of the city’s corporate universe, said Holzman of Savills Studley. And Manhattan rents have been steady or falling and landlords are offering record tenant improvement allowances -- paying more to finish out raw space -- amid competition from new developments such as Hudson Yards on the far west side.

The softer market and “prestige element” of a Manhattan address means companies already there “can stay there if they want to, to attract talent, or it’s good for their brand image,” said Albina Reydman, an analyst at CoStar Group Inc. for the Brooklyn, Queens and Long Island markets. There’s also a limited supply of existing Brooklyn buildings with more than 100,000 square feet available, she said.

Since WeWork’s deal, the largest Brooklyn office lease by a private employer was a 79,500-square-foot agreement in February by 2U, an education-technology company, to move into 55 Prospect St.. The Dumbo Heights development is owned by a partnership that includes Kushner Cos., the family business that was run by Jared Kushner until January. The investors purchased the six former warehouse and printing buildings near the foot of the Brooklyn Bridge from the Jehovah’s Witnesses in 2013, with a plan to turn their 1.2 million square feet over to offices.

Kushner Cos. made another big bet on Brooklyn last year, teaming with CIM Group and LIVWRK LLC on a $340 million purchase of the former Jehovah’s Witnesses headquarters complex, famous for its electronic sign proclaiming “WATCHTOWER” to Brooklyn Bridge drivers. The partnership has hired Jones Lang LaSalle Inc. to find office tenants for it.

Marketing of the Watchtower space hasn’t yet begun, a spokesman for the Kushner partnership said. Jared Kushner stepped down as head of his family’s firm after taking on his White House role, and representatives have said he would divest his interest in some assets to comply with conflict-of-interest rules.

Brooklyn’s business ecosystem, which nurtures and rewards startups, will ultimately lure office tenants, said Andrew Hoan, chief executive officer of the Brooklyn Chamber of Commerce. “It is principally the organic growth of small businesses” that drives the borough, which has added jobs faster than any of the city’s five boroughs, he said.

The two biggest private employers in Brooklyn, he said, not counting hospitals or colleges, are Etsy Inc., the online seller of handcrafted items, and Vice Media Inc. Both are homegrown, started recently and grew rapidly, almost entirely on the web, he said.

“Having a 100,000-square-foot corporate tenant announce a move to Brooklyn would be phenomenal,” Hoan said. “Does the success of Brooklyn depend on it? Not necessarily. We do not depend on attracting large corporate headquarters to the borough. That’s a good thing, I believe, because our economy does not depend on a ‘too-big-to-fail’ scenario.”