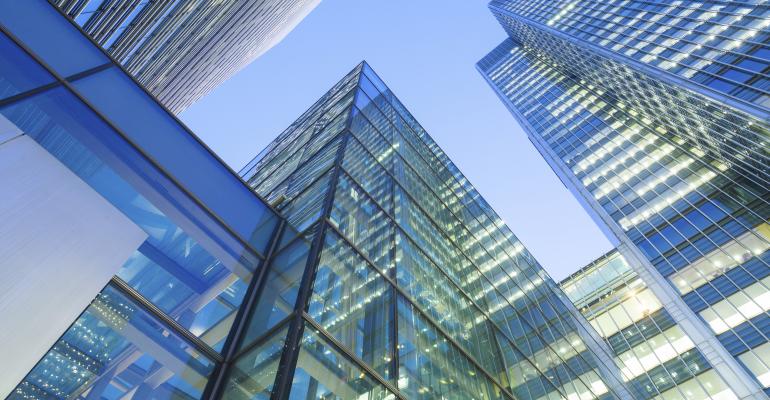 In a Q&A, Nelson Mills dissects the potential of the REIT’s core markets, assesses the Amazon effect on the office sector and speculates about where HQ2 will wind up.

Like most office landlords, office REIT Columbia Property Trust is keeping an eye on the drama revolving around where Amazon will put its sought-after second headquarters, dubbed HQ2.

Nelson Mills, the REIT’s president and CEO, is among the interested observers. And he might be a bit more interested in the HQ2 intrigue than some of his counterparts are.

It just so happens that the New York metro area has two finalists in the 20-competitor HQ2 sweepstakes, and the D.C. metro area has three.Although none of the REIT’s office buildings are in line to directly benefit from HQ2, Columbia Property Trust stands to capitalize on spillover demand from ancillary businesses if the project lands in the New York or D.C. area.

Amazon has indicated HQ2 will eventually occupy about 8.1 million sq. ft. of space, with total construction investment pegged at $5 billion.

“Over the long term, in any broader market that captures [HQ2], landlords in those markets are going to benefit over time,” Mills says.

In a Q&A with NREI, Mills dissects the status and potential of the REIT’s core markets, assesses the Amazon effect on the office sector, speculates about where HQ2 will wind up and pinpoints which major markets might be expansion targets for Columbia Property Trust.

NREI: What’s your outlook for the office market?

Nelson Mills: I’m feeling a lot better about it right now than public shareholders are feeling about it. Most office REITs are trading well off their net asset values these days. But I think the fundamentals overall are pretty good. It varies greatly by market. We’re focused in three markets: New York, San Francisco and D.C. They’re very different in terms of the market dynamics right now.

San Francisco is the strongest. It continues to have very strong demand, primarily driven by technology companies, but financial services companies are a key factor as well. Despite some substantial new construction, there’s still fairly constrained supply. That market is as strong as ever, and the rents and lease terms reflect that. It’s one of the strongest markets in the country, and certainly is the strongest market in our portfolio.

On the other end of the spectrum is Washington, D.C. It continues to be relatively soft. Tenant demand has been growing and has been healthy, but there’s been significant new supply coming into the market over the last several years, and that continues. That depresses net effective rents. It’s probably the weakest of our three core markets right now.

Manhattan’s in the middle. Tenant demand has flattened just a bit, and there is some new construction in the market—Hudson Yards and some downtown development—but overall, the market’s holding up well.

NREI: Do you expect that pattern to continue, or do you foresee changes as far as how you would rank your core markets?

Nelson Mills: There’s no end in sight to the demand in San Francisco, and supply has mostly been absorbed. I think that pace continues for a few more years. Nothing lasts forever and San Francisco has a history of being a bit more volatile than some markets, but there’s no near term indicators that this growth won’t continue.

In D.C., we are eating into the supply, so I think that market gets better. It probably takes a couple of years to do that, but we are absorbing the new office supply. When that happens, rents should be back on the rise eventually.

I think the opportunity in Manhattan for well-maintained, well-positioned buildings in good locations is strong. For landlords who are willing to spend money on their properties and do what it takes to attract tenants, there’s still plenty of demand. What has happened in New York is the capital demand, the new investment demand—particularly from some foreign sources—has pulled back a bit. So it’s not quite as competitive in terms of acquiring new properties as it has been in the last couple of years. We’re pretty optimistic about Manhattan in terms of being able to deploy capital to generate some growth.

NREI: What could it do for your portfolio if HQ lands in New York or D.C.?

Nelson Mills: There will be some ancillary or shadow effects almost immediately, just from the anticipation of what the HQ2 announcement could mean. It’s going to provide a lift, I’m sure, to any market it lands in.

Take D.C. All of our properties are in the District. Let’s say Amazon chose a Northern Virginia site. Would we feel an impact immediately? Maybe not. But overall—with that sort of volume and new demand and, of course, related businesses that are likely to spring up from that—there’s no question that it would have a big impact. Look what it’s done for the greater Seattle area over the years. In the short term, it depends on whether you happen to have properties in the Amazon site plan. Over the long term, in any broader market that captures it, landlords in those markets are going to benefit over time. Any of us [in the office sector] would welcome HQ2 to our markets, because the shadow effect would be undeniable.

NREI: Do you have any sense of where HQ2 will end up?

Nelson Mills: I don’t have any specific indication, of course, but from everything I hear—weaving it all together—my best guess would be the D.C. suburbs of Northern Virginia. You’ve got proximity to the nation’s capital, and you’ve got a combination of a vibrant central business district and access to suburban campus opportunities. It seems to me to check all the boxes, but it’s just a guess.

NREI: Would you ever consider adding core markets outside New York, San Francisco and D.C.?

Nelson Mills: We took over a portfolio four years ago that was in 32 markets. We set out to really narrow the number of markets and intentionally focus on these gateway higher rent, higher growth, tight supply markets. We’ve done that for a few reasons. The demand is perpetually strong in these markets. Supply tends to be constrained; that dynamic is always good. They’re very liquid markets, and capital from all over the world seeks investments in these markets, so you always have liquidity options there. We also believe that to be [the case] in the class-A office building sector, which is a capital-intensive business—it costs a lot to maintain a building, to operate elevators, to hire people to manage the building, to maintain the roofs. Spending that capital on buildings with $75 to $100 rents [per sq. ft.] makes more sense over the long term than spending that similar amount of capital on buildings with rents that are one-third of that.

You want to have critical mass in any of your markets to be able to get full attention from the marketplace, brokers, tenants, prospective tenants, and we try to balance diversity with critical mass, so for that reason, we’ve chosen New York, San Francisco and D.C.

If we were to branch out from there—and we will branch out from there—our fourth market would likely be Boston. We also like the west L.A. submarkets, and then, of course, Seattle is a very attractive market. So, if we build scale, those are some of the markets we would look to if and when we decide to expand, but for the time being, we’re focused on our three core markets.