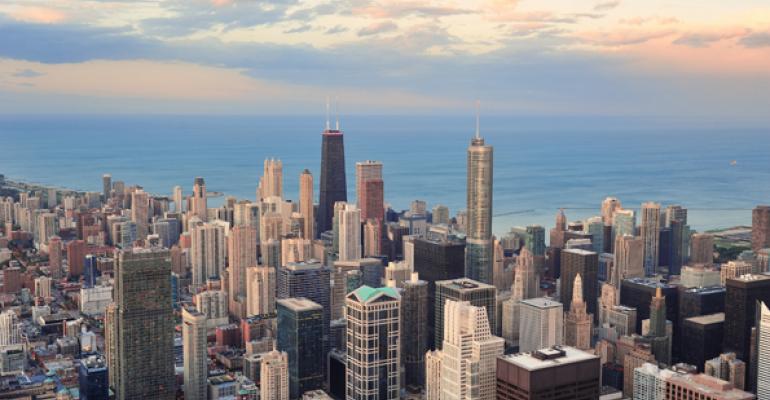 Corporations Move to Urban Downtowns in Pursuit of Young Talent

McDonald’s Corp.’s recent announcement that it will move its headquarters from the suburbs to downtown Chicago is just another example of major firms realizing that urban settings make for the best place to grow and find new talent in today’s market.

The global fast-food chain has been based at its sprawling suburban campus in Oak Brook, Ill. for about 45 years. On June 13, the firm announced it had signed a lease for a planned build-to-suit headquarters building in the up-and-coming Fulton Market neighborhood on Chicago’s west side, near where Google and Glassdoor have been secured other large leases. Developer Sterling Bay is reportedly planning a building for McDonald’s that could reach 600,000 sq. ft., depending on zoning appeal outcomes.

Andy Davidson, executive vice president and director of corporate services and tenant advisory for locally based MB Real Estate, says his company is tracking 75 firms that have signed on to move into Chicago’s downtown to tap into its young, educated talent pool. Eighteen of the firms signed leases in the past 18 months, including ConAgra taking 170,000 sq. ft. in River North, Kraft-Heinz taking 170,000 sq. ft. in the East Loop and Mead Johnson taking 80,000 sq. ft. in the West Loop. Chicago has been one of the country’s top office markets, leading office leasing in the first quarter with absorption totaling 1.7 million sq. ft., according to a recent report from commercial real estate services firm JLL.

“They’re moving down either for satellites or headquarters, and sometimes one follows the other,” Davidson says. “With thousands of baby boomers retiring every day, these firms are realizing they have to go after the talent instead of trying to lure them out to the suburbs. These college graduates today would rather bartend, honestly, than go work for a corporation out in the ‘burbs.’”

The deals in Chicago are similar to what’s happening in downtowns of most major cities. Eleven of the country’s major city central business districts (CBDs) posted occupancy rates below 10.0 percent in the first quarter due to the demand for new urban space, according to the JLL report. The markets were led by Oakland, Calif. at 5.1 percent, Portland, Or. at 6.5 percent and Austin, Texas at 6.7 percent.

Examples of planned big moves include Expedia moving to Seattle and leaving its home in Bellevue, Wash., and General Electric moving to the Boston waterfront from its longtime headquarters in Connecticut. Even firms that are already in CBDs are looking to upgrade, such as Quest Diagnostics leasing 130,200 sq. ft. for a new headquarters in the top four floors at 500 Plaza Drive in Secaucus, N.J., and Big Lots signing on for a new 300,000-sq.-ft. office building in a mixed-use development underway by CASTO, the Daimler Group and the New Albany Co. in Columbus, Ohio. Developer Kraus-Anderson recently announced it is building its own new five-story headquarters at Eighth Street and Fifth Avenue in Minneapolis.

Besides the ability to attract Millennial workers, there are other reasons companies are being drawn back to downtowns, Davidson says. In today’s high-paced, same-day delivery world, proximity to transportation hubs is essential, spurring cities to pour millions of dollars into new downtown hubs. Further, the multifamily development boom has created more 18-hour and 24-hour cities. There are 79 percent more residents to celebrate Cleveland finally taking the NBA Championship than there were at the turn of the century, for example, thanks to residential conversions of obsolete office buildings in the city’s downtown, according to the JLL report.

“You’re seeing an incredible amount of gentrification in the major office markets, where people are now living where they are working, even as rents increase for both residential and office,” Davidson says. “The amazing thing is that, unless you’re talking about multi-state deals, you’re not seeing cities offer up incentives for these new HQs. It’s really being driven by the demographics of the talent, where they are and how successful the firms are at chasing them.”