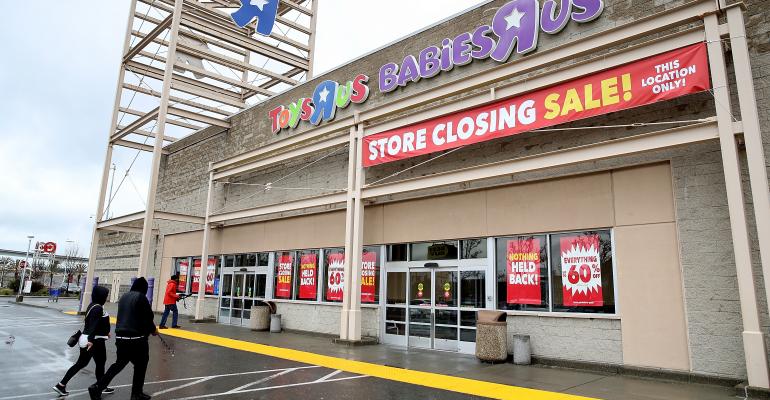 The toy-maker’s 585,000-sq.-ft. Global Resource Center, which employs accountants, IT, merchandising and human resources workers, has made it the third-largest taxpayer in Wayne, N.J.

(Bloomberg)—The death of Toys “R” Us won’t just leave vacancies in shopping centers across the U.S. The New Jersey town serving as its headquarters may also see a major source of tax revenue disappear.

The toy-maker’s 585,000-square-foot Global Resource Center, which employs accountants, IT, merchandising and human resources workers, has made it the third-largest taxpayer in Wayne, a town of about 55,000 residents some 20 miles (32 kilometers) northwest of Manhattan. The company owns property with an assessed valuation of $38.5 million in the township, offering documents from a June debt sale show.

Toys "R" Us Inc. disclosed that it plans to lay off 1,159 employees in Wayne in May, according to the New Jersey Department of Labor and Workforce Development. That’s threatening to impact the finances of the Aaa rated town, Moody’s Investors Service analyst Susanne Siebel said in a report late last month. She said it’s unclear if the headquarters will be left vacant -- which could reduce its assessed value -- or resold.

Amy von Walter, a spokeswoman for Toys “R” Us, did not respond to a request for comment, nor did Wayne Mayor Christopher Vergano.

Wayne has other exposures to the retail industry, which faces immense pressure as customers shop increasingly online instead of at brick and mortar stores. Willowbrook Mall, which includes retailers like Claire’s, Aeropostale and Loft, was the largest taxpayer in the township, according to documents filed by the township.