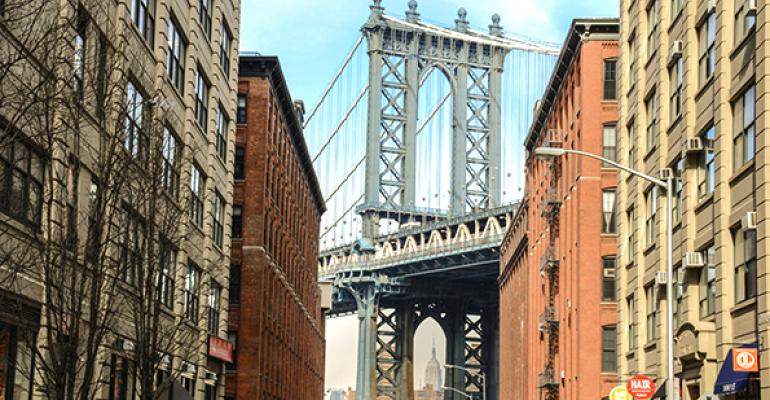 Considering the (unfortunate) rise of the around-the-clock office worker, what are the newest must-haves for office drones toiling in the city that never sleeps?

On April 21, commercial real estate services firm CBRE made a presentation on “The Evolving Needs of Occupiers—and Their Impact on the Market, from Tenant Perspective.“

Here are the trends that, according to CBRE, are driving office leasing in New York City.

As transportation options have improved, office tenants are looking outside of the traditional Midtown area, opting for space in Midtown South, Downtown and in Brooklyn. Leasing activity in Midtown was 18.0 percent below its five-year quarterly average as of March, with availability up 40 basis points year over year. On the other hand, in Midtown South, leasing activity was 9.0 percent above its five-year quarterly average and rents were up 3 percent year over year. Downtown, availability was down 90 basis points year over year and average asking rents were up 0.4 percent year over year. Brooklyn’s average asking rents in the first quarter of 2016 were up 15.6 percent from the fourth quarter of 2015. Midtown South and Downtown pricing is catching up with Midtown, according to the panelists.

Efficient use of space

We know what this really means: office densification and the death of the private office. New office designs being demanded by tenants include the following features, according to Neil King, senior vice president: building space with little to no private offices; interior offices with glass fronts; pantries designed to function as secondary conference rooms and smaller IT and reception areas. Worker bees are being repositioned along windows.

“Infrastructure plays a large role, however," according to John Nugent, vice chairman at CBRE. "Can the building work mechanically to sustain the densities the tenant wants?”

“The first thing we do is look at the Certificate of Occupancy and see what the building can accommodate, then we work with the architect,” says Evan Haskell, senior vice president at CBRE.

All office sectors are densifying in some way, but the amount varies by sector, according to Haskell. Tech companies are looking at less than 150 sq. ft. per person. Even clients handling confidentiality-sensitive business, such as law firms, are cutting back to 600 sq. ft. per person instead of what was previously 1000 sq. ft.

That being said, some tenants are “future-proofing” their office plans in case they discover later down the line that they’ve gone too far with the open design, says Andrew Sussman, vice chairman at CBRE.

CBRE forecasts that between 2017 and 2020, 15 million sq. ft. of inventory will enter the market, with about 42.0 percent of that (6.4 million sq. ft.) in new construction. Tenants love new construction, but many existing buildings can become very efficient with the right approach. One consideration: are the floorplates column-free? Can adaptive reuse increase outdoor space? In the Brooklyn market, industrial buildings are being repositioned into office space.

New office amenities are targeted to the culture of the company, as tenants seek to enhance their brand through their space. The younger workforce is more empowered, according to the panelists, and a high-quality office can now function as a recruiting tool.

What was once an amenity is now a pre-requisite and that includes roof decks, bike rooms and private terraces. Fitness centers, on the other hand, are becoming passé as they cost a great deal to build but don’t generate income: if there is a gym nearby, office workers might benefit from free or discounted memberships instead.