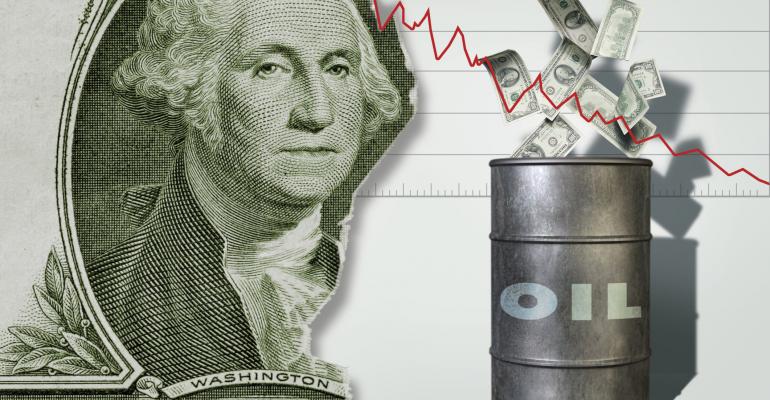 Over the course of the past year, as oil prices hovered near the $30.00 per barrel mark, cities that rely on the energy sector for their economies, including Houston, Dallas, Denver and Tulsa and Oklahoma City, Okla., experienced office vacancies that spiked to double digits. As oil prices continue to fluctuate, some of these markets are slowly recovering, buoyed by growth in other industries. Others, however, face choppier conditions in the short to medium term.

“Austin, Dallas and San Antonio have been negligibly affected,” he notes. “Austin is doing very well and San Antonio, surprisingly, has been resilient.”

Total office vacancy in Houston currently stands at 14.7 percent, including space available for sublease. There are 32.3 million sq. ft. of office space immediately available in the city, according Transwestern’s August 2016 Houston Office report,

“Vacancies rose alarmingly in Houston,” notes Alex Carrick, chief economist at ConstructConnect, an information and technology solutions firm for the construction industry. “In Houston, we have see-through buildings. Suddenly these buildings have become hollowed out as companies leave."

In the second quarter of 2016, just 745,000 sq. ft. of office space was absorbed in the city, while year-to-date there is an additional 3.6 million sq. ft. under construction. Year-to-date, Houston’s office sector experienced 1.7 million sq. ft. of positive absorption, according to Little.

Nevertheless, sources says Houston is much better positioned to recover from the shock of the oil price plunge than in previous cycles.

“Other sectors of the economy have allowed for diversity so we can better weather the storm of low oil prices,” says Little. “Houston is set up much better than in the 80s. I was in Houston real estate then and I've been through these cycles. In this cycle, we are in a much better position to recover.”

Little cites the growth of the city’s industrial, retail and biotech markets as reasons for his confidence.

Low oil prices did not affect the Dallas office market as badly, thanks to demand from a multitude of office-using business sectors that boosted absorption. In the first quarter of the year, out of 10.8 million sq. ft. of office space under construction in Dallas, 63.2 percent was pre-leased.

“Dallas as an oil and gas market is concentrated mainly in downtown Fort Worth. Dallas Fort Worth in its entirety has only about one percent total exposure to office-occupying upstream production,” says Robert Kramp, director of research and analysis for Texas and Oklahoma with commercial real estate services firm CBRE.

According to Kramp, in the past 16 years, the Dallas office market has become more diversified and now closely resembles a city like Atlanta—with law firms, major airlines and technology firms all leasing space in the city. “Now, Dallas is linked much more to the U.S. economy and fiscal corporate health than to the oil economy,” Kramp says.

In the second quarter, vacancy, including subleases, stood at 15.0 percent, but historically, Dallas has always had high supply numbers, Kramp notes.

“Dallas average 10-year availability (since 2006) is 23.9 percent. The market is structured for relatively high availability when compared to other major metros and always had historical occupancy in mid-80s. In fact, I have never known overall class-A Dallas office space occupancy to be above 90 percent, only in smaller, densely built submarkets such as Preston Center and Uptown,” Kramp says.

One way building owners are dealing with extra supply? Landlords in downtown Dallas are converting old office buildings into hotels and multifamily properties, he adds.

Denver’s direct vacancy rate is the lowest reported in markets with heavy reliance on oil and gas industries, at 11.9 percent.  The figure is down 55 basis points year-over-year, according to CBRE’s second quarter Denver office report. Net absorption for the quarter totaled 308,772 sq. ft., while 3.6 million sq. ft. of new space is under construction.

Rent growth in the city is also positive, with a 4.5 percent year-over-year increase in its direct asking lease rate, according to CBRE.

“In downtown Denver, 22 percent of the occupied office market is oil and gas. There was an expansion in industry from 2010-14 of approximately 1 million sq. ft. Now there is 5 million sq. ft. total oil and gas occupancy downtown,” says Anthony Albanese, first vice president at CBRE who leads the firm’s energy facilities group. “The Central Business District (CBD) core is most affected by oil and gas, in B and B-plus product built in the 80s.”

Most of the available space in this market involves subleases with terms left on them. There has been some strong stabilization over the past 18 month as technology, regional professional and financial services hubs have grown and started absorbing some of the space, Albanese says.

Damage caused by low oil prices has certainly been felt in the state’s Northern market, but even that market has shown resilience, with second-quarter 2016 vacancy rates at 4.8 percent and 114,000 sq. ft. of positive absorption in the first half of the year.

In Oklahoma, Tulsa is showing more favorable property fundamentals, with vacancy of 13.1 percent and net absorption up about 148,000 sq. ft. in the first quarter. Here too, tech companies have expanded into sublet spaces made available by energy tenants, according to CBRE’s most recent Tulsa office report:

“Tulsa’s office market continues to maintain stability even though oil and gas companies have closed offices. Growth within the office sector has come outside the energy sector, with companies such as Consumer Affairs, Jackson Technical and Persimmon Group, all technology-related businesses who are increasing their footprints. The office market is likely to remain in relative equilibrium as oil and gas prices have rebounded and sectors outside of energy continue to expand.”

Meanwhile, office vacancy in Oklahoma City stood at 17.8 percent at the end of the first half of the year. It is trending upward, forecast to hit the low-20.0 percent mark by mid-2018, according to CBRE’s Oklahoma City office report. This is a direct result of a result of oil and gas industry layoffs and the reduced need for office space. Such developments could indicate some softening in the Oklahoma City's office market.

“Oklahoma City is seeing a significant contraction in the office market from oil and gas companies. There are multiple large blocks available for 75,000 square feet of office," Albanese says.

Real estate insiders, however, remain optimistic about the chances of a fast recovery.

“There needs to be price stability before engineering and oil and gas companies start hiring. The office market activity typically lags 18 months behind energy prices,” Little says. “One thing is constant, oil will come back and when it does, it will happen very swiftly.”