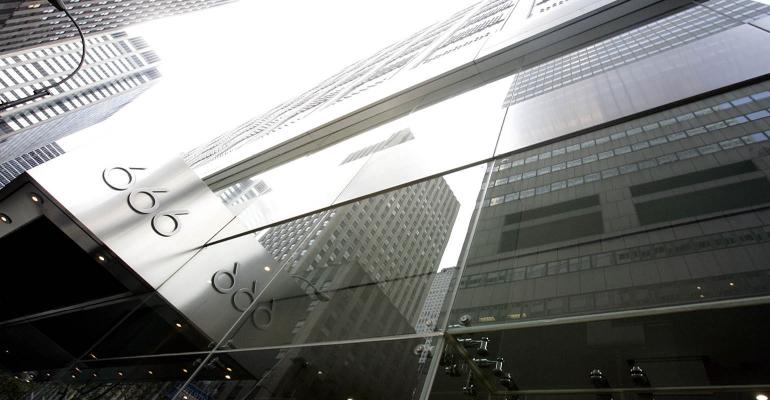 Kushners and Vornado Have Worst Year at Manhattan Office Tower

The property, 666 Fifth Ave., lost $25 million in 2017, after accounting for debt payments, as net income fell and interest on loans increased.

(Bloomberg)—A Manhattan office tower co-owned by Kushner Cos. and Vornado Realty Trust had its worst year since the two firms became partners in the building in 2011.

The property, 666 Fifth Ave., lost $25 million in 2017, after accounting for debt payments, as net income fell and interest on loans increased, records filed to investors show. That compares with a loss of $14.5 million in the previous calendar year.

Vornado purchased a 49.5 percent interest in the 41-story tower as part of a 2011 refinancing agreement. Now the real estate investment trust has “a handshake to sell our interest” back to Kushner Cos., Chairman and Chief Executive Officer Steven Roth wrote in a letter to investors earlier this month.

It isn’t clear if Kushner Cos. -- the firm run by the family of President Donald Trump’s son-in law, Jared Kushner -- has arranged financing for the more than $1 billion required for the purchase. Separately, Vornado owns most of the building’s retail space.

Kushner Cos. bought the tower for a record-setting $1.8 billion just before the financial crisis. Interest payments on a $1.2 billion mortgage were temporarily lowered during the 2011 talks, but began rising at the end of 2012. The interest rate was 5.5 percent last year, according to the refinancing agreement, and is now 6.353 percent. The loan is due in February 2019.