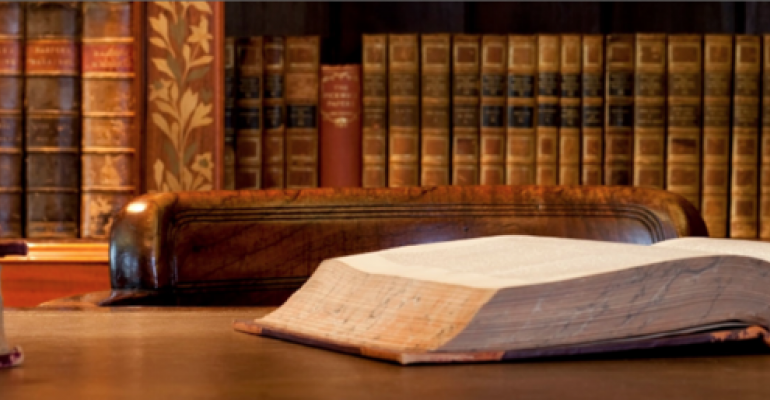 Whereas the technology sector has been in growth mode over the past 10 years, financial services and law firms, the office growth drivers of decades past, have been the losers. While technology and management consulting sectors have both experienced growth of more than 40 percent between July 2007 and July 2016, financial services and law firms each show an almost 5 percent decline in headcount, according to a new study by real estate services firm Savills Studley. Legal hiring, in particular, has been stagnant.

All is not bleak for law firms, however, as revenue gains increased from 3.3 percent in early 2015 to 4.4 percent in early 2016, according to a report on the top legal companies by Citi Private Bank’s law firm group. The analysis traced the rise to increases in billing, not more demand for services. Pressure to eliminate hourly fee arrangements in place of fixed costs and continued merger activity have kept growth down at law firms, according to the Savills study. The report includes a list of almost 60 mergers/acquisitions in the legal industry in just this year.

As a result, more law firms are joining the current trend in shrinking personal workspaces, even for partners, according to Heidi Learner, chief economist at Savills Studley. While new Millennial associates are more likely to accept offices of about 150 sq. ft., Learner says even the mid-level and top partners are opting for a better bottom line over having room for a couch and coffee table in 300 to 500 sq. ft. offices.

“This has been fairly recent—giving a partner only 150 sq. ft. These are people who have been in the business for 20 to 30 years. However, it’s hard for partners to argue that having less space makes them less efficient,” Learner notes.

The Savills study lists a dozen law firms that have moved to the smaller, standard office sizes for all employees, including Alston & Bird in Los Angeles, Seyfarth Shaw in Atlanta and Womble Carlyle and Nixon Peabody in Washington, D.C. Just five years ago, that list would have been much smaller.

“It’s getting a lot easier to do if the firm across the street is doing it,” Learner says. “Once a trend gets going and gets critical mass, it starts to spread to more firms. When more firms are under pressure to trim expenses, the more likely they are going to be to consider this move.”

Not all firms are taking such measures, but many legal practices are cutting down on the amount of space they occupy. Arnstein & Lehr announced in August that it will move from 100,000 sq. ft. at 120 S. Riverside Plaza in the West Loop of Chicago to a 65,000-sq.-ft. space subleased from another law firm, Polsinelli, at 161 N. Clark St. near the city’s central business district (CBD). Polsinelli is also moving into smaller space at the new office tower going up at 150 N. Riverside Plaza. Other firms downsizing include Mayer Brown, which went from almost 350,000 sq. ft. to 265,000 sq. ft. at the Hyatt Center in Chicago; Paul Hastings in San Francisco, which shrank from 70,000 sq. ft. to 40,000 sq. ft.; and DLA Piper, which eliminated 40,000 sq. ft. of space at its New York City office.

While law firms are traditionally one of the key tenants to anchor new office towers, more recently they have been moving to make more efficient use of space rather than to gain bragging rights, Learner notes.

Firms consolidating from old space can design smaller offices for employees and more collaborative areas while shrinking total square footage. “In New York, for example, there are a lot of older spaces available that have huge columns running through the floor plates, or don’t have enough light for the creation of interior offices,” she says. “With new construction, the rent might be higher, but firms can configure their space to take less.”