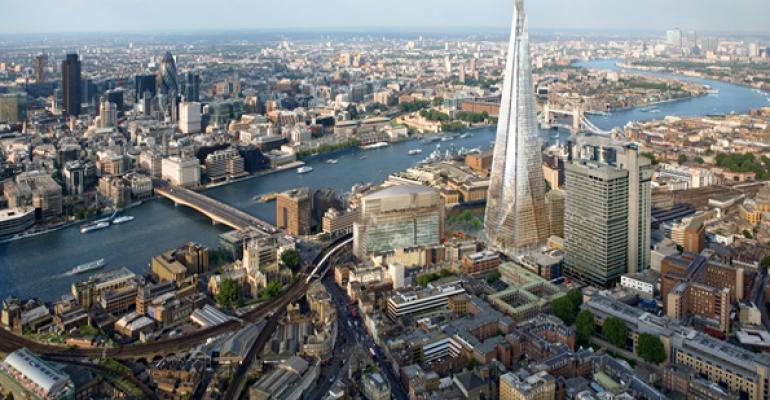 London Offices Lose No Matter Who Wins in the Brexit Battle

London office values have held near record highs since the Brexit vote, but could be headed for a fall.

London’s office market could be headed for a fall whether the U.K. leaves the European Union with or without a deal, according to one broker that predicts a downturn.

“We see a number of red flags that signal the start of a cyclical correction” in the city’s office space, Berenberg analysts led by Kieran Lee wrote in a note. Rich rents and prices, and a tough market for older buildings, means “the balance of risk is weighted firmly to the downside.”

London office values have held near record highs since the Brexit vote thanks to a flood of overseas capital attracted by the weak pound and resilient demand for space that’s been boosted by the rapid growth of operators like WeWork Cos. Those pillars of support could easily crumble, the Berenberg analysts said, with overseas demand vulnerable to sterling appreciation, Brexit or political intervention. Add to that the risk that flexible office operators may become distressed as rents begin to fall, putting more pressure on prices.

The widening gap between rents for the best offices and older buildings means companies including Great Portland Estates Plc and Derwent London Plc that have large numbers of properties for future redevelopment could be exposed, the analysts said. The sector is “walking a tightrope” and while the quality of assets held by the firms has improved and companies have done well to deleverage, a cyclical market correction would affect listed office companies “meaningfully,” they said.

RBC Capital Markets analyst Julian Livingston-Booth agrees that the sector looks unattractive with rents near highs and property yields near lows. While commercial real estate markets in the U.K. have become less cyclical, they “have not lost their cyclicality,” he wrote in a note on Monday.

The cost of keeping clients happy is also likely to weigh on property owners. Location is still the top priority for tenants, but companies are ever more focused on the changing needs of a new generation of workers. Millennials are more interested in how good break-out areas are, the provision of cycle storage and the overall quality of the building they are going to work in, the Berenberg analysts say.

To attract and retain these younger workers, companies need offices to meet those needs, similar to the strategy used by Silicon Valley giants like Facebook Inc. or Google who have managed to draw high-quality employees thanks in part to the attraction of their workspaces. This means landlords have to spend more money, more often on refurbishing offices than in the past to keep both occupiers and their staff happy.