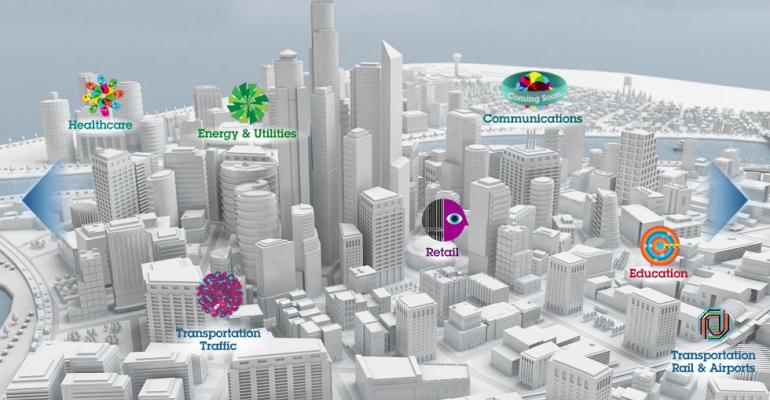 The country -- and the world -- can have only so many technology clusters.

(Bloomberg View)—There’s a standard playbook for reviving cities by turning them into technology clusters. But not every town can become the next Silicon Valley, or Robot City, or biotech mecca.

Minneapolis has shown that there is another way.

Cities such as Raleigh, San Diego and Pittsburgh have all followed a similar model: Build around a top-ranked research university; bring together elites from government, business, and academia; facilitate the sharing of ideas among campus labs, startups, and big companies; provide high-quality infrastructure and a pleasant, fun environment for smart young people. The basic idea comes from the example of Austin, Texas, and from AnnaLee Saxenian’s “Regional Advantage,” which attempts to explain the history of Silicon Valley. It also draws on urbanist Richard Florida’s “The Rise of the Creative Class.”

But the country -- and the world -- can have only so many technology clusters. That’s what it means for industries to cluster rather than spread out. So where does that leave the rest of the country’s urban centers? Are they doomed to fade into obscurity, as old-line manufacturing is steadily replaced by high-tech industries concentrated in a few super-cities?

That would be a bad outcome. But, fortunately, some cities have succeeded in the modern economy without being tech hubs or following anything like the standard game plan. One of these is Minneapolis-St. Paul, the urban agglomeration known as the Twin Cities.

Even as other Midwestern cities lose population, the Twin Cities keep growing:

In terms of per capita income, Minneapolis-St. Paul has bested all of its Midwestern competitors:

And the area’s unemployment is also extremely low:

Like other success stories, especially in the Midwest, the Twin Cities’ achievements shouldn’t be overstated. It has problems with racial segregation and income gaps. It has crime -- lots of robberies and around half as many shootings per capita as notoriously violent cities such as Baltimore and Chicago. Its high average income also masks considerable inequality -- the area still does well in terms of median household income, but no better than a number of other Midwestern cities.

Overall, though, Minneapolis and St. Paul’s strong economic performance has made them the envy of the region. The Twin Cities’ economy is highly diversified -- corporations headquartered in the region include retail chains, energy companies, food brands, industrial manufacturers, and more. Essentially, the Twin Cities look like a miniature version of New York City. They do a little bit of everything.

How did they pull this off? The area’s tech industry is doing fine, but it’s hardly the next Silicon Valley. Minnesota is a high-tax state rather than a libertarian paradise. The Twin Cities don’t have particularly nice weather.

Carlson School of Management professor Myles Shaver has a theory. He believes that Minneapolis (and by extension, St. Paul) has created another type of cluster -- a cluster of skilled business managers:

Shaver’s theory… is that Minneapolis is so successful at turning medium-size companies into giants because its most important resource never leaves the city: educated managers of every level, who can work at just about any company. Shaver found that of the 25 largest American cities, only one had a lower rate of outflow [of high-earning college-educated workers] than Minneapolis.

That raises the question of why managers love Minnesota. Affordability has got to be one factor: Minnesota regularly ranks high on lists that measure income relative to the local cost of living. As any San Francisco resident knows, it’s a rare treat to live in a place where your salary doesn’t get eaten up by rent. The towns are also good at attracting skilled immigrants -- around half of foreign-born folks working in the Twin Cities hold white-collar jobs. And some note Minnesota’s 1971 tax reform, which shared tax revenues between schools and neighborhoods.

But the most powerful force may simply be the Twin Cities’ business cluster itself. Businesses want to locate their offices in cities where there are lots of highly qualified managers -- if they need to make a hire, they can do it locally instead of conducting a national search. And managers want to be in cities where there are lots of business offices -- if they need to find a new job, they don’t have to relocate their families. This latter consideration is especially important for modern dual-income couples, of which Minnesota has many.

So Shaver’s theory might not need any other explanation. Any city with a decent quality of life, once it begins to attract a critical mass of both managers and offices, may simply become a self-sustaining managerial cluster. The Twin Cities’ success shows that other Midwestern cities can succeed without being the next hot startup hub. There’s no magic formula for becoming a business town, but maybe that’s good news.

Noah Smith is a Bloomberg View columnist. He was an assistant professor of finance at Stony Brook University, and he blogs at Noahpinion.