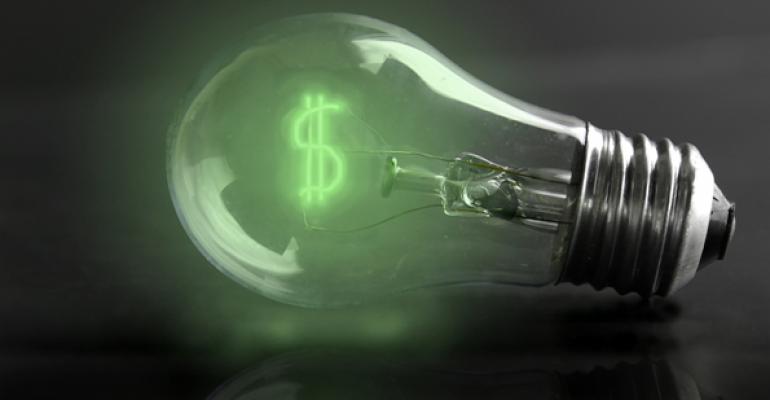 Office tenants who became believers in energy conservation in the heyday of the building sustainability movement about two decades ago only to watch building owners take all the credit have cheered a recent new law that will support, track and promote their efforts at being green.

President Barack Obama signed the Energy Efficiency Improvement Act of 2015 on April 30. The bipartisan-sponsored law promises to align the interests of building owners and tenants with regard to investments in cost-effective energy efficiency and water conservation measures, create studies that will examine successful sustainable practices, enact data-tracking systems and provide ways to promote voluntary tenant compliance.

However, tenants, the backbone of energy use in commercial buildings, have neither had a consistent national program to measure efficient energy use, nor a way to tout their specific efforts. Allison Porter, vice president of sustainability services for commercial real estate services firm DTZ, says tenants will now have the same kind of opportunities as Energy Star provides for owners to turn data into a basis for action. The new law will allow space occupiers to take responsibility for their usage and receive recognition for conservation efforts, she says.

“Although whole-building measures like Energy Star are a valuable tool, it’s also crucial to acknowledge that tenants’ use of a space has a huge impact on how a building performs,” Porter says. “By encouraging tenants to design and build energy-efficient spaces, Tenant Star will help align the interests of tenant and landlord. I expect that this alignment will clear a path for a new wave of investment in energy-efficient office space, especially coming at a time when the cost of efficient technologies commonly used in office interiors, such as LED lighting and occupancy sensors, has decreased significantly.”

Porter is joined by many other tenant sustainability supporters in her praise of the new law. Anthony Malkin, chairman, president and CEO of New York City-based Empire State Realty Trust Inc., said in a statement that the new law will align office tenants with their landlords to make smart, cost-effective investments in energy-efficient leased spaces. “Broad adoption will save businesses billions of dollars on energy costs in the coming years,” he said.

Jeffrey DeBoer, president and CEO of the Washington, D.C.-based Real Estate Roundtable, which brings together commercial property owners, developers and managers to address national policy issues, called the legislation “a triple win that will spur the economy by creating jobs, enhancing energy security and preserving our environment by cutting greenhouse gases.”

The General Services Administration (GSA), responsible for all federal government leasing in the country, will take responsibility for the first section of the law, also known as the Better Buildings Act of 2015. According to the act, the GSA will create model commercial leasing provisions for energy efficiency by Oct. 31, and may begin enacting these provisions in federal leases. The GSA will also publish these provisions and share them with state, county and municipal governments.

The Secretary of Energy is responsible, under this law, to create a study within one year on the feasibility of significantly improving energy efficiency in commercial buildings through design and construction, by owners and tenants, of spaces that will use energy efficient measures. The study will include, among other requirements, such metrics as return on investment and payback analyses, comparisons of spaces that use these measures and those that don’t, impact on employment and actual case studies and data on the spaces where these measures are implemented. The department will start seeking input on this study after Aug. 1.

In addition, to allow tenants to start touting their green policies, the EPA will create the Tenant Star designation as an offshoot of Energy Star. Not only will tenant data be added into the 23-year-old collection program already in place, the new designation will recognize tenants in commercial buildings who voluntarily achieve high levels of energy efficiency in their leased spaces. The EPA will also create a voluntary program to recognize owners and tenants that use energy efficiency in designing and creating new and retrofit space.

Al Skodowski, director of sustainability with commercial real estate services firm Transwestern, says this new law will help those companies that have been fully engaged in driving green practices for many years.

“The birth of Tenant Star, as another tool to help our tenants understand their use, reduce energy consumption and to save money, is a very exciting opportunity that will help us continue to improve efficiency in the industry,” he says.