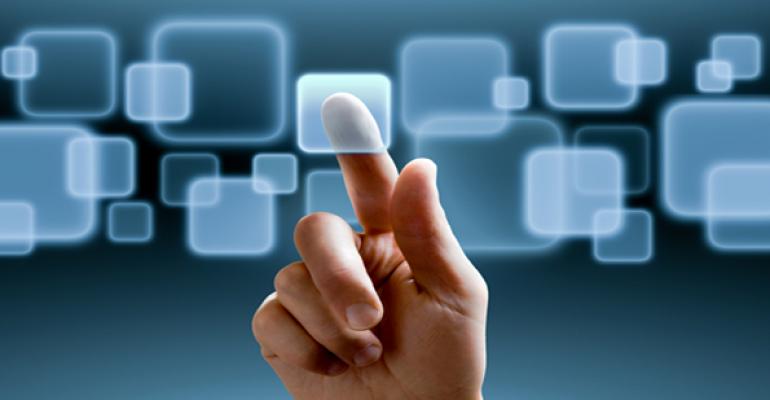 Internet connectivity is second only to location in importance to tenants when seeking office space.

A survey of 150 U.S. office leasing decision makers conducted by Radius Global Market Research for WiredScore found that a building’s Internet connectivity is second only to location in importance to tenants when seeking office space.

A global company with offices in New York and Europe, WiredScore is the founder of an internationally recognized program for rating building digital connectivity technology.  The survey, The Value of Connectivity, which was conducted online from Aug. 2  - 4, 2017 in New York City, Los Angeles, Chicago, Philadelphia, Dallas/

Fort Worth, San Francisco, Washington, Houston, Boston and Atlanta, found that 80 percent of tenants experience connectivity issues at one time or another. And more than half (77 percent) of them say poor connectivity affects their bottom line.

Additionally, 77 percent of tenants say they would sign a longer lease if a building has superior technology or sign a lease more quickly if assured the building’s connectivity meets their business requirements.

Other findings include that respondents have a preference for a “Wired Certified” building (79 percent) and are willing to pay more per sq. ft. for superior connectivity infrastructure (84 percent).

Brokers in the field had similar observations about tenants’ preferences.

“San Francisco is highly evolved (in regard to connectivity) and can meet all tenant needs,” says Jason Burch, Cushman and Wakefield managing director in downtown San Francisco. Burch points out that all modern office buildings in downtown are wired with high-speed fiber that can deliver 1 gigabite up and down and have four or five of the biggest, strongest Internet carriers in place. Additionally, Webpass—now a Google Fiber company—provides premium connectivity to tenants South of Market, where old warehouses have been repositioned for tech and other creative users.

Burch adds that the most common concern is when tenants have contracts with certain carriers, so they need a building that provides access to their specific Internet provider.

“I think Wired Certification is an important criteria for any company but with the exception of a few, most believe it’s (Internet connectivity) like electricity, that every major building in a particular market has access to high-speed fiber—with redundancy—and the existing tenant base wouldn’t be there unless that was the case,” says Tony Morales, and international director with JLL based in downtown Los Angeles.

“Tenants are looking for connectivity and will pay a premium for quality service,” says David Cochran, a Colliers International executive vice president in Dallas and the company’s local building technology expert. “They always want to know which Internet providers are in a building they are considering, and if a top-rate provider is not there, it can deter a potential tenant.”

He notes that office buildings in the city and nearby suburban markets are wired for high-speed fiber, with only a millisecond of difference between the speed of connectivity in buildings. But many tenants are unwilling to pay a premium for that miniscule increase, Cochran adds, pointing out that heavy users like engineers and accounting firms, which send terabyte-size files daily, are the most concerned about the speed and capacity of connectivity infrastructure.

“Reliability is most important (across the board),” he says. “Tenants look for carriers that are nationally known and will be able to quickly resolve any issues if connectivity is lost. We are fortunate in Dallas to be home to AT&T’s headquarters and have a strong presence from Verizon, both of which provide top-rated service."

While urban and suburban markest are typically wired for fiber internet, tertiary markets may not be as fortunate, with unknown or poorly-rated providers that are detrimental to leasing space in these areas. Cochran notes, however, that large corporations like Toyota will build offices wherever it suits their needs and use an in-house team to provide the highest quality internet connectivity for their buildings.

“Technology is changing rapidly to where connectivity will become a standard reliable feature and no longer an issue,” Cochran says, noting that AT&T and Verizon are quickly building a 5G network to move everyone to a wireless only environment. “Networks are moving away from cell towers toward a DAS system, Cochran concludes, explaining that DAS will enable users to send terabyte-size files with their smartphones.

Grant Schoneman, a senior vice president for JLL in San Diego who specializes in the life science/biotech sector, says, “Given the nature of their work, most biotech companies produce a large amount of data that is either stored on local servers or in the cloud.”  Therefore, when seeking space life science and biotech companies seek out buildings with fiber or other strong Internet connectivity platforms.

Schoneman notes that most life science facilities locally include access to fiber or other fast Internet connectivity, so it usually doesn’t factor into a tenant selecting one building over the other because all buildings provide what companies need.

Human genome sequencing leader Illumina, however, is setting the high bar for connectivity in the San Diego region, opening its i3 office campus with a 100-percent wireless environment, a feature the company plans to install at all of its facilities going forward to enhance collaboration of employees worldwide.

Editor's note: The original version of this article attributed a quote by Cushman & Wakefield's Jason Burch to Jason Birch on second reference. The article has been updated to reflect the correct spelling of the source's name.
TAGS: Leasing News
0 comments
Hide comments
Related
Sponsored Content