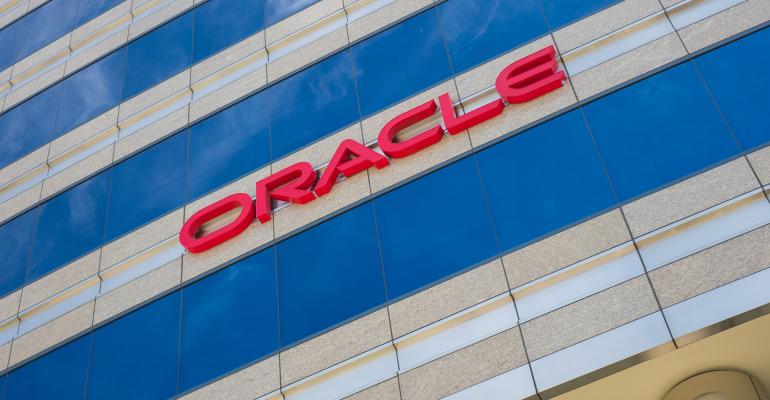 The move comes amid Oracle’s drive to shed costs during a transition from traditional software to cloud computing.

(Bloomberg) -- Oracle Corp., a Silicon Valley stalwart, has moved its headquarters to Texas, becoming the latest technology company to leave its home state in the face of California’s higher taxes, steeper cost of living and a broader shift to remote work.

The move to Austin from Redwood City “means that many of our employees can choose their office location as well as continue to work from home part time or all of the time,” Oracle said Friday in a regulatory filing. The company will continue to support its former headquarters and other U.S. offices in Santa Monica, California; Seattle; Denver; Orlando, Florida; and Burlington, Massachusetts, according to the filing.

The software maker said it had 135,000 employees as of the end of May. Like many other companies, the spread of coronavirus has prompted Oracle to offer staffers more flexible arrangements, including the ability to work from home. It’s just one of a number of companies, executives and employees that are ditching California because of concerns over the state’s tax rates and high costs, as well as arduous commutes in some locales.

Oracle’s shift of resources away from California dates at least to 2018, led by Executive Chairman Larry Ellison and the late co-Chief Executive Officer Mark Hurd. That year, Oracle opened a campus in Austin, featuring an on-site apartment building for employees, in an effort to recruit a younger and less costly workforce. The campus could eventually host 10,000 staffers, Oracle said at the time. The company also said last year that its largest annual conference, OpenWorld, would depart its traditional home, San Francisco, in favor of Las Vegas.

The world’s second-largest software maker had grown increasingly out of step with its home state. Ellison, the 11th wealthiest person in the world, and Chief Executive Officer Safra Catz have been major supporters of outgoing Republican President Donald Trump, who lost reliably Democratic California in his re-election bid this year. The company has also become a sharp critic of the internet companies that now define the modern Silicon Valley, particularly its longtime foe Google, owned by Alphabet Inc. Texas Governor Greg Abbott welcomed Oracle in a tweet reacting to the news.

BREAKING: Oracle just announced they have moved their Headquarters to Austin.

Texas is truly the land of business, jobs, and opportunity.

We will continue to attract the very best.

The move comes amid Oracle’s drive to shed costs during a transition from traditional software to cloud computing, which has resulted in declining revenue for two fiscal years. The company said Thursday it expects sales to grow 2% to 4% in the period that ends in February, which puts Oracle on track to snap that downward streak and increase revenue in the current fiscal year.

The software giant, which provides databases, business applications and cloud services, has spent more than a decade trying to revamp its product line and business model to keep up with much younger rivals born in the internet age, including Google and Amazon.com Inc.

Started in 1977, Oracle has been a foundational company in Silicon Valley and its silver-blue cylindrical buildings in Redwood City, visible from U.S. Highway 101, are the rare landmark in the otherwise sprawling region. It follows other tech innovators in de-emphasizing their California roots. Server maker Hewlett Packard Enterprise Co. said Dec. 1 that it would move headquarters to a Houston suburb, where it is building a new campus. Palantir Technologies Inc. has relocated to Denver this year, from Palo Alto, California.

Tesla Inc. co-founder Elon Musk said this week that he’s moved to Texas to focus on big projects under way for Tesla as well as Space Exploration Technologies Corp., which he also runs. He previously moved his private foundation, which was based in California, to Austin. Moving carries enormous tax implications for high net worth individuals. Texas has no personal income tax, while California imposes the highest personal income levies in the nation on its richest residents.

“Wow,” said Erik Hallgrimson, vice chairman with brokerage Cushman & Wakefield in Silicon Valley, upon learning of Oracle’s action. “You’re really seeing a lot of corporate movement out of the state.”

Oracle’s decision just goes to show how much taxes and public policy can have an impact on corporate decision making, Hallgrimson added.

Even as companies look to leave California, it’s still a place that fosters innovative companies, said Phil Mahoney, executive vice chairman at commercial real estate brokerage Newmark, who has worked in Silicon Valley for more than three decades. Many firms that decamp still maintain a presence in the state, he said, and some of the qualities that make it a good place to start and grow a business -- from world class universities to great weather --haven’t changed.

“There’s no birthright that says Silicon Valley has to get all the great tech companies,” Mahoney said in an interview before Oracle’s announcement. “But it does have a special sauce that no other place has been able to replicate.”

--With assistance from Noah Buhayar.