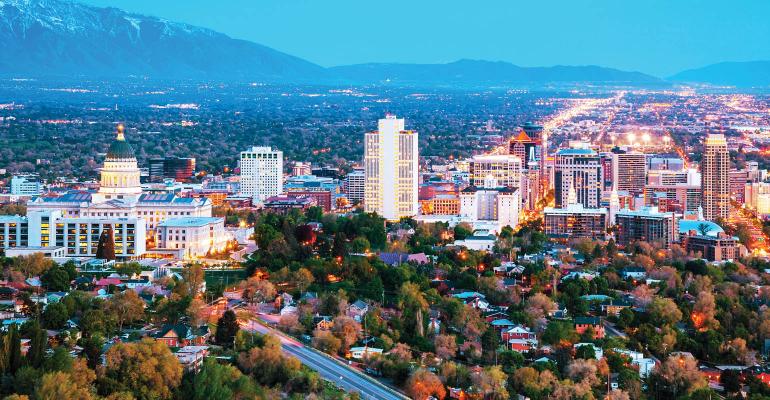 Salt Lake City has the best job market diversification among U.S. metro areas with a population over 1.1. million according to LinkUp.

(Bloomberg)—If you’re looking for a career change, you might want to consider a move to Salt Lake City, Utah for the best range of job options.

That’s one takeaway from LinkUp’s 4Q report which ranked Salt Lake City the highest in terms of job market diversification in 2018 among metropolitan statistical areas with a population over 1.1 million.

The Utah capital and most populous city attracts employers because of its strong labor-force growth, according to the report published Friday. Cities with more diverse job markets are less likely to be affected by a single company’s actions, according to Molly Moseley, CMO of job search engine LinkUp.

"You can have a strong economy but if you focus on just one or two sectors, it’s not diversified." Moseley said. "If something were to happen, like one employer went under, that market could plummet."

The value of diversification was "glaringly obvious" during the most recent government shutdown in Washington DC as the area suffered due to more than half of its jobs linked to the federal government, according to the report.

In addition to Washington, New York City ranked near the bottom of the list because there are 10 sectors that make up for more than 50 percent of job openings, according to Moseley.

However, Amazon’s plans to open a new headquarters in Crystal City, Va., just across the Potomac River from the nation’s capitol, are likely to improve Washington’s ratings, the report said.