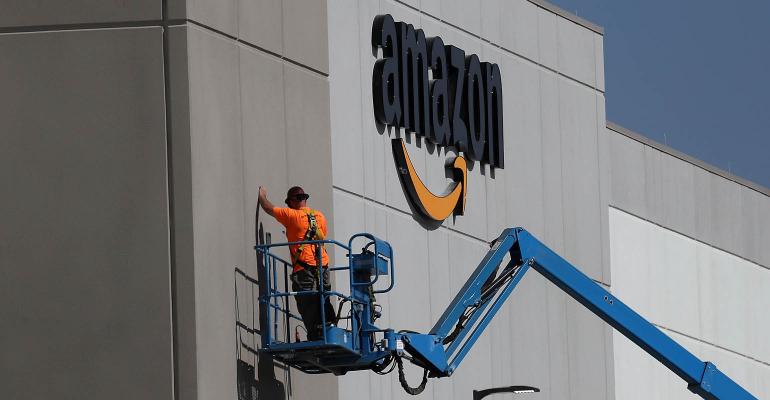 Headquarters aside, it's not like Amazon hasn't acquired, or leased, a considerable amount of New York real estate in recent years.

Many real estate developers have been banking on Amazon.com Inc.'s bringing a new headquarters to Queens.

However, local backlash may foil the plans of the Jeff Bezos-led company as well as the real estate hawks circling Long Island City (LIC). Amazon executives are now rumored to be reassessing the New York headquarters and that could make investors nervous.

"Any rumor of this nature can cause a lot of damage," Ideal Properties co-founder Aleksandra Scepanovic said. "The real estate market in New York and across the country in general does not respond well to disturbances."

Just this week, Silverback Development and AEW Capital teamed up on a $40 million deal to buy 24-16 Queens Plaza South from Greystone Development with the intention of converting the project to condos as a way to meet the demand of incoming Amazon executives. Neither company returned requests for comments.

If Amazon retreats, hopes get deflated. But in the long run, there's a lot of real estate business to be had — "with or without Amazon," Scepanovic added.

"There are swaths of land that remain undeveloped one way or another," Scepanovic added, likening Long Island City to Gowanus and Williamsburg — both lucrative areas for investment in Brooklyn — as well as Manhattan's West Chelsea and Hudson Yards neighborhoods.

"Whenever you see a portion that large of undeveloped land, someone will step in and turn it into a New York City destination," she said.

So far Amazon has not yet leased or bought office space in Long Island City. But company brass have already been buying up properties in the neighborhood in anticipation of the move.

But local officials and politicians have come out against the New York headquarters, and development has been stymied by protests from activists, including the Retail Wholesale and Department Store Union, and the Teamsters.

But opponents point to the e-commerce giant's track record in Seattle as an example of why New York City wouldn't be a proper home, citing — among many factors — rent hikes and housing displacement.

Average Class A office rents in Seattle increased 46 percent from the recession in 2009 through the middle of 2018, hitting nearly $46 per square foot in the second quarter of 2018, according to the Broderick Group, an independent real estate brokerage.

Overpopulation and gridlock issues (above ground and in the subway) are also potentially problematic. About 80,000 already people work in LIC, many at businesses that include JetBlue, Ralph Lauren and Silvercup Studios. Uber Technologies and Lyft Inc. also have LIC offices in the Falchi Building (which also houses the Taxi and Limousine Commission).

Headquarters aside, it's not like Amazon hasn't acquired, or leased, a considerable amount of New York real estate in recent years.

The company announced last month that it took over a warehouse facility in the Bronx. It also owns a facility on Staten Island that is considered New York City's biggest warehouse on record — about 975,000 square feet.

In 2016, the company purchased a 161,400-square-foot distribution hub for food in Bethpage, Long Island.

But it's the additional 8 million square feet in LIC that the Seattle-based company covets. And not everyone is against it, according to an Amazon-commissioned survey.

Amazon executives have a pending meeting with the state’s Public Authorities Control Board and a third City Council hearing later this month.