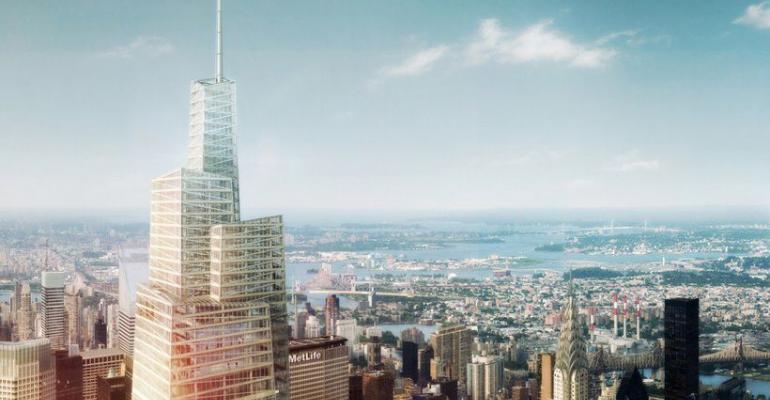 (Bloomberg)—SL Green Realty Corp. expects to get a construction loan by the end of September for One Vanderbilt, the office skyscraper it’s planning near midtown Manhattan’s Grand Central Terminal, the company’s president said.

The real estate investment trust is considering bringing in a partner for the 1.6 million-square-foot (149,000-square-meter) tower, which is “generating a lot of interest” from potential tenants, Andrew Mathias said Tuesday at conference in New York sponsored by Bank of America Merrill Lynch. Preliminary meetings with prospective occupants have gone well, and SL Green has a full schedule of presentations on the project for the coming months, he said.

SL Green last month settled a lawsuit with the owners of Grand Central Terminal, removing an obstacle to the skyscraper’s construction. The ownership group had sued SL Green and New York City, claiming they were deprived of development rights connected with the terminal, potentially worth hundreds of millions of dollars, when the project was approved.