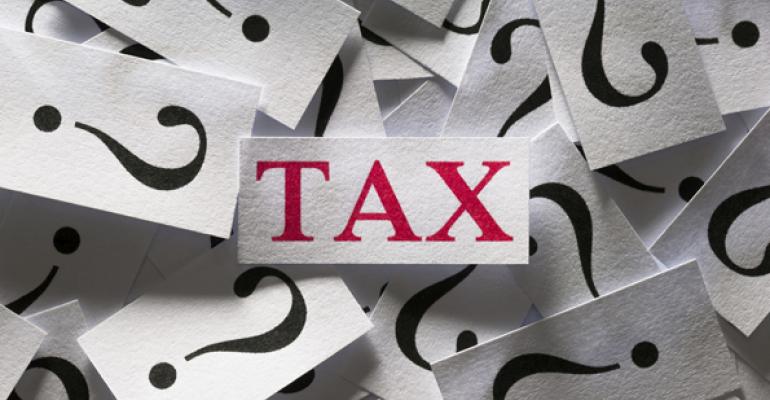 A proposed 3 percent “head tax” on wages paid by the city’s wealthiest companies to fund affordable housing has Amazon reconsidering plans to expand in Seattle. Amazon Vice President Drew Herdener told The Blaze that his company paused construction planning for Block 18, an expansion project in downtown, until after the council votes on the proposed tax and is evaluating options to sub-lease all space in the recently leased Rainier Square building.

The proposed tax, which would only be imposed on companies with annual earnings of $20 million or greater, would raise about $75 million per year to create housing for homeless residents, whose numbers are steadily increasing as the cluster of high-paying tech companies grows and housing prices escalate in step with the average medium income.

“Big tech companies have more options than ever before if a city tries put the squeeze on them,” says San Francisco-based David Bitner, head of Americas Capital Markets Research at Cushman & Wakefield, suggesting that the retail giant may be trying to squeeze back. “Amazon won’t leave Seattle entirely, but it might add functions to its planned HQ2, rather than expand in Seattle,” he adds.

He notes that Seattle’s intention is for a worthy cause, but this might not be the best way to solve the problem. “There’s really no good answer for what cities are facing,” Bitner continues, noting that cutbacks in federal funding for social programs have put a greater financial pressure on local and state governments. “No matter where a Amazon puts its headquarters, all cities would have this problem”

He points out that this problem is especially acute for cities like Seattle, where there is no state income tax, so local and state governments rely on other types of taxes and business fees to fund government services.

“Seattle is doing this for the right reasons, but Amazon is looking out for its bottom line,” adds Robert Sammons, research leader in Cushman & Wakefield’s San Francisco office. But more importantly, he suggests that Amazon’s reaction to the proposed tax may portend a greater role taxes might play in the ability to retain or attract tech firms.

He notes that Mountain View, Calif., is considering a similar tax that would have a huge impact on Google and could cause the digital giant to consider less expensive alternatives in the future.

Sammons recalls that in the past high taxes in New York City caused some financial services firms to relocate to New Jersey and even farther afield. Just this month, AllianceBernstein announced that it would move its headquarters to Nashville to take advantage of Tennessee’s low tax structure and cost of doing business.

As a result, New York has provided incentives to companies it wants to retain. For example, in the past the city has waived the tax on office space to keep large companies from moving elsewhere, he notes.

The San Francisco Bay Area will remain a strong tech market, despite its high cost of doing business, because big tech companies prefer a location within a cluster of like companies and an urban 24-7, culturally rich environment with transportation alternatives, agree both Sammons and Bitner.

Bitner and Sammons note that secondary markets are becoming more competitive with established tech clusters, especially in attracting startups, which are being priced out of San Francisco. Sammons speculates that out migration of startups from high-cost tech clusters like Seattle and San Francisco to lower cost markets may also change the way venture capital behaves.

“Many more cities today have the type of educated talent tech companies need, so things like taxes, lower cost of living and office space become more important for companies when considering relocation or expansion,” Bitner says.  “Actually, every type of company today needs tech talent,” adds Sammons.  Certain cities are attractive for expansion and relocation for these reasons, and offer the type of cultural and lifestyle amenities tech firms desire, he notes.

Phoenix, for example, is one of the fastest-growing U.S. tech markets, with the number of people employed in tech occupations growing by 48 percent over the last five years, according to the CBRE’s Colin Yasukochi, CBRE director of Research & Analysis for Northern California. He notes that this region has a relatively low cost of living and doing business and several universities annually graduate a significant number of STEM (science, technology, engineering and mathematics) professionals.

Educated millennials, on the other hand, want work/life balance and are migrating to cities that offer a relatively low-cost of living and cool lifestyle, and tech companies are following them, notes Steffen Kammerer, JLL senior vice president and Technology Group lead.

As a result, 25 cities, including Austin, Denver, Charlotte, N.C., Nashville, Tenn., Portland, Ore., Orange County, Atlanta, Phoenix, Pittsburgh, Salt Lake City and Indianapolis, have achieved double-digit job gains in the tech sector over the last few years and more than half of them also experienced double-digit rent growth, according to the CBRE 2017 Tech-30 report.