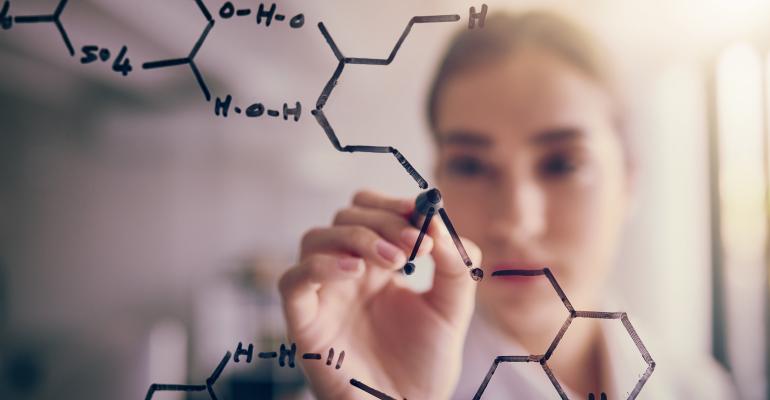 Higher education is key to hiring more tech talent, so employers are locating in cities with the most highly-educated populations.

Growth in technology-related jobs—particularly computer and mathematics occupations—is expected to keep office leasing strong in certain markets over the next decade.

Overall, between 20 and 25 percent of current office leasing activity is related to technology jobs, particularly computer and mathematics occupations—a subset of STEM (science, technology, engineering and mathematics), reports Rebecca Rockey, Cushman & Wakefield’s economist, head of forecasting for the Americas, and lead author of a new Occupier Insights report on the impact of certain technology occupations on the office sector. This is a stark contrast to the previous office cycle, when leasing was primarily driven by new financial services and business analyst occupations, noted the report.

In total, 1 million new computer and mathematics occupations have been created over the last seven years, bringing the total to 4.1 million computing and 167,000 mathematics jobs in the United States today. STEM jobs are being created at a faster pace than other jobs with seven of the top 10 STEM occupations being computer-related and including jobs such as programmers, network developers and designers. Of these new jobs, 85.4 percent are in office-using industries, making it the largest occupational category driving growth in the office cycle’s current expansion, according to the C&W report.

Computer and mathematics occupations, however, are no longer limited to traditional technology firms and are now spread across all office-using industries, which has intensified competition for this type of talent and is causing employers to locate in markets that attract young, educated tech talent and with universities generating tech graduates, notes Colin Yasukochi, CBRE director of Research & Analysis– Americas.

While information technology companies, such as Facebook, Google and Microsoft, are expected to add 84,600 computer and math jobs between 2016 and 2026, professional and technical services industries are expected to add more than four times that number, 351,200, according to the latest projections by the U.S.  Bureau of Labor Statistics.

Higher education is key to hiring more tech talent, so employers are locating in cities with the most highly-educated populations. Rockey points out that more than 90 percent of those employed in computer occupations have at least a bachelor’s degree and more than 50 percent have a master’s or higher degree.  She notes that 30 percent to 40 percent of the U.S population holds at least a four-year degree, but the highest number of college-educated adults is among the youngest professionals—on average 35 percent of Millennials hold at least a bachelor’s degree.

Rockey says that tech talent and employers are clustering in big and small markets with universities, government investment and superstar firms. She notes, for example, that the tech job market in Washington, D.C., which includes top-notch universities, is morphing, due to the federal government’s increasing need for tech talent, including health and human services, the defense and intelligence agencies and private firms that service these agencies. These extend all the way to Baltimore too, through the Maryland Corridor that connects the two cities.

Los Angeles and Ottawa are among the fastest-growing tech markets, according to Yasukochi, who explains that Los Angeles has world-class universities graduating lots tech professionals, but in the past has not had enough tech jobs to support all of them. More recently, major tech companies and other firms with high demand for tech graduates have realized this is an untapped tech-talent market and are locating offices in the region. Ottawa, the seat of Canada’s national government, meanwhile is experiencing expansion in government-related tech industries.

While positive demand for office space is expected to continue through the next decade in popular tech markets, Rockey notes that the market is currently seeing the strongest new office construction in this cycle, which is expected to increase vacancy and put pressure on effective rents in certain markets. “Most markets are seeing vacancy fall, but about 10 markets account for more than half of new construction, so the softening fundamentals will be particularly isolated in those markets,” she explains.

As a result, she suggests that office investors might want to consider less traditional secondary market outliers growing tech jobs due to increasing clusters of high-skilled jobs, co-location of government investment or the presence of superstar firms in addition to more mature tech cities. An example is Bentonville, Ark., which is home to Walmart’s headquarters.

However, demand for office space is also expected to decelerate over the coming years due to a lack of available labor. Rockey says.

With unemployment at sub-four percent, “employers have to poach talent from other companies,” she says, noting that firms are using creative real estate space with amenities and locations with a vibrant vibe to attract lure over talent. “The reality is we will see this in more markets,” she adds, noting that federal policy further limiting in-migration of educated professionals may not only hurt companies who depend on them, but also office owners/investors.