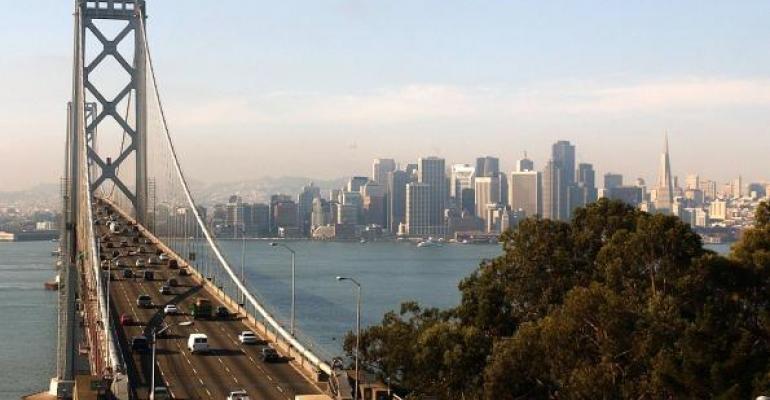 For the past few years, Silicon Valley has been the darling of the American tech industry. In 2015, San Francisco and the surrounding area had some of the highest-priced office rents in the country (and office rents continue to soar) while experiencing the highest demand from technology sector tenants. But as new tech players continue popping onto the scene facing low office space supply and sky high rents, are they seeing greener grass outside the Valley?

Fast forward to the present. The average rent per sq. ft. for San Francisco office space in February 2016 was $99.42, marking a 102.4 percent year-over-year increase, according to online real estate database LoopNet. During the same period, the amount of available office space dropped by more than 21.0 percent. And 2015 brought record employment to California, mostly in tech sector office jobs. In the same year, San Francisco was cited as one of the most expensive cities in the U.S., according to the Council for Community and Economic Research. Tech giants are driving much of that momentum, as the biggest names in U.S. technology call the San Francisco Bay Area home.

Technology-firm led growth in established tech hubs may be slowing down, however.

“The tech sector has been so strong over the past 36 to 48 months. Can this be sustained? There is the possibility of pull-back. Venture capital funding has slowed down considerably, the IPO market is more cautious and corporate bond yield spreads have widened,” notes Alan Pontius, senior vice president in the commercial property group of brokerage firm Marcus & Millichap.

Slowing demand from tech tenants is the greatest source of risk to office and multifamily property owners in San Francisco, Silicon Valley, Seattle, New York and Los Angeles, according to Fitch Ratings, which classified the tech sector as “cooling” in a recent report.

But what about markets that are just emerging as potential tech hubs?

Office developers are now looking outside of the San Francisco area for new project opportunities. One example is Fremont, Calif. "Because of the growth in Palo Alto, there is movement out of the core and into secondary and tertiary markets, where developers are setting up tech parks,” says Jerry Hoffman, president of Hoffman Strategy Group, an urban retail and integral use consultant.

Across the office sector in general, Fitch expects tech-oriented sub-markets will outperform in 2016. Major ratings agencies and data firms cite 2016 as a strong year for both central business districts (CBDs) and suburban office real estate. But where are technology start-ups planting roots today?

In simplest terms, technology firms are moving to the Midwest and the Southwest to enjoy lower office rents and more affordable housing for their workers. Those that wish to stay on the West Coast are moving north to Portland, Ore. or south to Los Angeles. These movements are even spurring spin-off market names such as “Silicon Prairie,” “Silicon Desert,” “Silicon Mountains,” “Silicon Forest” and “Silicon Beach.”

Consultants and brokerage firms in these emerging tech markets are seeing two new trends in office space preferences. The first is the adaptive reuse of older buildings, such as factories and older grocery store spaces, into creative office hubs. Another is construction of new buildings offering more open layouts and communal work spaces. “There is a fundamental shift underway in the way people use their office space,” says Jay Chernikoff, founder and CEO of DeskHub, a provider of shared office space. Chernikoff notes that new developments in Scottsdale, Ariz., have removed interior walls and incorporate larger sheets of glass with higher sight lines, enabling office workers to enjoy the quality of light and views previously reserved for C-suite executives.