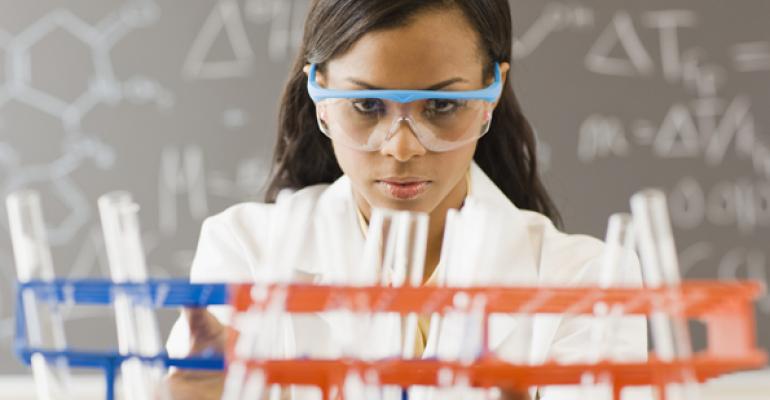 Today, life sciences tenants face a dilemma—a lack of quality office and laboratory space, combined with outsized demand, is pushing rents higher in a sector already struggling with rising labor costs and a bottom line that is only as high as the last well-performing patent.

Life sciences researchers and professionals are in high demand, with an unemployment rate of less than 3.0 percent. As demand for talent goes up, so do payroll costs. Annual wages for life sciences employees have grown 7.6 percent since 2001, with the average salary at almost $80,000 in 2015, according to a recent report by real estate services firm JLL.

Further, the life sciences sector is somewhat of a gamble, as patent expirations hinder profits and drug development costs continue to rise. However, investment into life sciences commercial real estate hasn’t slowed down: five of the six markets with the highest life sciences rents have vacancy rates of less than 4.0 percent, according to the JLL report. Boston is the nation’s life sciences leader, with the East Cambridge market posting 0.8 percent vacancy and rents at more than $70 per sq. ft. Laboratory space is even tighter than office space there, according to Lisa Strope, director of research in JLL’s Boston office.

“In Cambridge, you’ve got a tenant-to-available-supply ratio of about 9 to 1,” she says. “It’s a tough market for smaller clients; they’re having to negotiate creative deals to find space.”

California is the nation’s number two spot for life sciences, with a great deal of activity in San Francisco, San Diego and even Los Angeles, where the California Life Sciences Association recently opened a satellite office. In San Francisco, the largest life sciences project in the country is underway, a 1-million-sq.-ft. campus called the Cove. The project reflects the current trend of appealing to Millennial tastes, with amenities including a fitness center, a bowling alley, bocce ball courts, a café and an amphitheater.

Life sciences tenants tend to cluster in these corridors in order to attract the best talent and amenities. However, Strope says the tightness in these markets has pushed tenants into secondary sub-markets further from the core. In Boston, for example, the spillover is moving into Lexington, which has a new laboratory going up at 115 Hartwell, while in San Francisco Mid-Peninsula is seeing 200,000 sq. ft. of office space being converted into lab space. Owners of under-performing industrial assets are now looking at conversion opportunities, especially in California college sub-markets such as the Sorrento Mesa/Valley, according to a second quarter report by real estate services firm Newmark Grubb Knight Frank.

Investors are pouring into the life sciences sector to buy up buildings and add onto current clusters, and even this activity is pushing rents higher. “A recent trend has been the influx of new capital, investors who haven’t been in the space before, but who recognize this as a hot market with good tenants,” Strope says. “Even though it’s an asset type they might not understand well, they’re coming in and hiking up prices.”