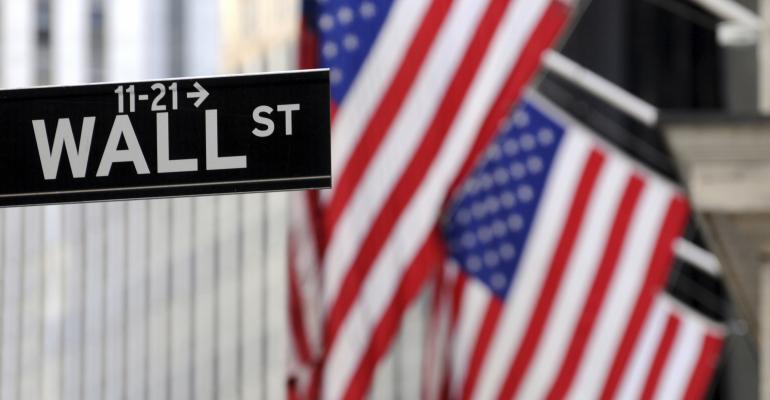 Wall Street Is Awash in Sublease Space, a Bad Sign for Landlords

As companies realize they need less office space than they leased, they’re dumping more than 600,000 square feet of subleases downtown.

(Bloomberg)—When the Murdoch media empire abandoned plans to move from midtown Manhattan to the World Trade Center two years ago, developer Larry Silverstein put on a brave face. “Make no mistake,” he said. “Downtown’s momentum is palpable and unstoppable.”

We’re about to find out.

As companies realize they need less office space than they leased, they’re dumping more than 600,000 square feet of subleases downtown, competing with their own landlords and threatening to undercut rents.

“Sublet space is usually priced at a discount to direct space” offered by landlords, said Craig Caggiano, executive director for the New York tri-state region at Colliers International Group Inc. “If sublet space stays on the market, or even more sublet space comes on the market, that could exert a downward pressure on prices.”

When Silverstein declared downtown unstoppable, Conde Nast Inc. had relocated to 1 World Trade Center, and brokers from CBRE Group Inc., which represented the Murdoch companies in talks with him, had just said their move would confirm lower Manhattan as a mecca for media tenants. Now, Conde Nast is giving up 376,000 of its more than 1 million square feet at 1 World Trade.

On top of that, Liberty Mutual Insurance Co. is looking for takers for 130,000 square feet at 55 Water St., a 3.5 million-square-foot behemoth by the East River, and the Port Authority of New York and New Jersey is marketing two floors at its headquarters in Silverstein’s 4 World Trade Center. Port Authority spokesman Steve Coleman said officials “identified space efficiencies in the tower and are taking advantage of it.”

All told, downtown subleases made up 2.3 percent of the market’s 105 million square feet at the end of May, according to Franklin Wallach, managing director for tri-state commercial property data for Colliers. Other than April’s 2.4 percent, that’s the highest level since 2010, when the city’s financially driven economy was struggling to recover from the 2008 crisis.

And more supply is on the way. Silverstein is cutting the ribbon today on 3 World Trade Center, a 2.5 million-square-foot skyscraper that will open about 40 percent rented, ahead of his 2 World Trade Center, which is slated to add 2.8 million square feet to the market when it’s built.

With 14.3 million square feet of office inventory under construction in Manhattan, “it’s hard to think there won’t be winners and losers as these buildings pull tenants away from older space,” said Lauren Baker, an analyst with CoStar Group Inc., which monitors office leasing nationwide.

Subleases in the New York metropolitan area now make up more than 1.5 percent of the market, the highest since 2010, CoStar data show. According to Colliers, both Midtown and Midtown South -- the area roughly between Bryant Park and Canal Street, which has been popular with technology and media tenants -- are at 1.7 percent.

That’s going to make life harder for landlords, with the average Manhattan office rent at the end of May a shade over $74 a square foot, only half a percent more than a year ago. Spending by landlords on free rent periods, finishing out space and the like to retain and attract tenants is already close to a post-recession high, raising the cost of filling offices.

On the tenant side of the equation, the jump in sublease inventory downtown “could present opportunities for companies looking for less expensive space options, especially for well-built space,” said Caggiano of Colliers, adding that subleases “can eventually exert downward pressure on asking rents overall if the sublet space is not leased or removed from the market.”

The rise in subleasing means more companies will have a chance to enter the downtown office market at a price that makes sense for them, said Jeremy Moss, executive vice president for leasing at Silverstein Properties Inc. “If anything, this is a great opportunity for a tenant,” he said.

Wallach noted the district’s attractions to corporate tenants, including robust new transportation options and a livelier environment. “Downtown is different from the last time sublet availability was this high. The residential population continues to grow, there’s more hotels, there’s more of a live-work-play environment,” he said.

The demand is evident. Leasing in Manhattan last month totaled 4.2 million square feet, almost 83 percent higher than in May of last year and consistent with growth since the beginning of 2017. Downtown accounted for about 1 million square feet of that, more than double the figure from a year earlier.

Brokers and landlords are hoping the wave of subleases will mostly end up the way Bank of New York Mellon Corp.’s did in March. J. Crew Group Inc. agreed to take the bank’s entire 350,000-square-foot headquarters at Brookfield Place when the lender decided to consolidate in its offices at 101 Barclay St. That averted a headache for downtown’s largest landlord, Brookfield Property Partners LP, which controls the 8.4 million-square-foot complex.

“It’s not 2009 again,” Caggiano said, noting that the economy is strong. “The subleases are not primarily the result of relocations out of downtown, and we have seen continued migration to downtown from Midtown and Midtown South.”

Lower Manhattan is no different than the rest of Manhattan, said Jessica Lappin, president of the Alliance for Downtown New York, a group of lower Manhattan businesses that provides security, sanitation and special-events programming for the area. On the whole, she said, “it definitely seems like it’s a scrappier market. I think people have to hustle a little bit more to make deals.”

Silverstein’s Moss said that “everyone is going to succeed as long as New York City is growing. This is not a war.”