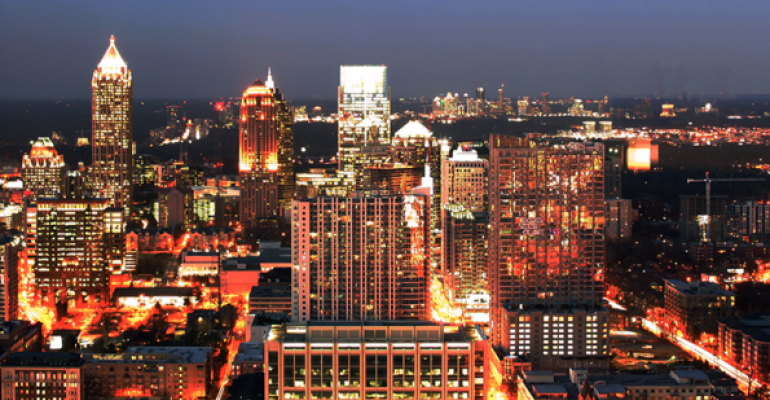 Which Office REITs Stand to Gain the Most from Amazon’s HQ2 Choice?

In economic development circles, today’s most popular guessing game centers on where e-commerce goliath Amazon will put its highly coveted second headquarters. Will it be in Washington, D.C.? Or will Atlanta win the Amazon derby? And how about Boston?

In all, 20 finalists—encompassing 16 U.S. metro areas in addition to Toronto—are vying for Amazon HQ2, a $5 billion project that’s primed to generate 50,000 jobs. Whichever region lands this economic prize is guaranteed to see a massive spike in office activity, considering that Amazon HQ2 seeks to eventually occupy 8.1 million sq. ft. of space. Plus, HQ2 is bound to create spin-off benefits for the broader office market.

All of this buzz prompts the question: Which office REITs stand to gain the most from Amazon HQ2? REIT analysts offer some educated, but speculative, guesses.

Jed Reagan, an office REIT analyst at research and advisory firm Green Street Advisors in Newport Beach, Calif., says that among office REITs, Chevy Chase, Md.-based JBG Smith Properties and Philadelphia-based Brandywine Realty Trust could be the biggest beneficiaries of HQ2. Why? Both REITs own sites that could accommodate most or all of the growth needs of Amazon HQ2, Reagan says.

The REIT, a spin-off of New York City-based REIT Vornado Realty Trust, is the dominant property owner in Crystal City and Pentagon City, two D.C. suburbs in Northern Virginia. One of the HQ2 finalists is Northern Virginia, which many prognosticators peg as a solid contender to secure the Amazon project.

In December, the fund speculated that if D.C. is selected for HQ2, “JBG Smith is likely to be a big winner as its Crystal City and Pentagon City locations are natural candidates for Amazon to utilize as it initially relocates employees to the region. Further, JBG could be a terrific partner for Amazon to work with as it looks to build out additional space to accommodate the company’s demand for modern and well-located property.”

Also high on Reagan’s list of office REITs that could see a big bump from Amazon HQ2 is Brandywine. As of March 31, the REIT’s portfolio consisted of 185 properties totaling 25.3 million sq. ft. Brandywine’s core markets include D.C., Philadelphia and Austin, Texas, all of which are Amazon HQ2 finalists.

Aside from JBG Smith and Brandywine, Reagan says a number of other office REITs could, through a spillover effect, benefit indirectly if Amazon picks a market where the REITs have a concentration of properties.

“For office, it should help tighten the market, as demand will significantly increase, which in turn will lift property values and support higher rent growth, all else being equal,” Kopsky says.

He adds that: “It could spur a ripple effect in that submarket, as the winning city may increase infrastructure investments and more companies may follow suit to the city, given the influx of talent, which may result in incremental population growth above and beyond the 50,000 Amazon employees.”

However, Kopsky notes that Amazon HQ2 most likely will occupy a massive build-to-suit development, which will increase office supply in that submarket and partially offset some of the heightened demand for office space.

Barry Oxford, a REIT analyst at investment firm D.A. Davidson & Co. in Great Falls, Mont., says that from his perspective, Boston Properties and, to a lesser extent, Brandywine are the office REITs that are best positioned to gain from Amazon HQ2, based on D.A. Davidson’s view that Amazon is leaning toward the D.C. market.

In citing Boston Properties, Oxford notes that the REIT has a track record of developing major corporate headquarters, such as Salesforce’s gleaming new office tower in San Francisco. “I can’t imagine that if Amazon is moving to Washington, D.C., that they wouldn’t at least be interested in talking to Boston Properties,” he says.