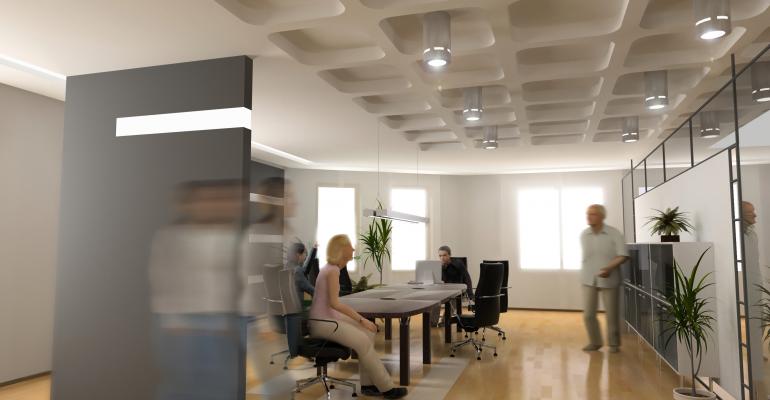 Growth in the office sector is forcing corporate executives to try to move in two directions at once—finding efficiency to cut costs, while also expanding and upgrading the office environment to attract new talent.

Concerns about creating attractive workplaces have increased as hiring has improved in recent months. Employers added 242,000 positions in February, including 29,000 positions in professional and business services, a steady pace of growth. The amount of underused workspaces continues to dwindle as occupancies and rents increase, according to a recent report from brokerage firm Marcus & Millichap.

“Further staff expansions may necessitate a reconsideration of tenants’ space requirements, providing a lift to space demand as leases for larger layouts are executed and move-ins take place,” according to the report.

A new survey by commercial real estate services firm CBRE delineates the workplace challenges, including the wide differences seen in space considerations by the traditional office users such as financial firms and the new office designs sought by technology companies to attract and retain workers.

In this expansion cycle, most respondents to CBRE’s Americas Occupier Survey listed talent availability as the most important consideration in their real estate decisions. However, efficiency and cutting real estate costs were also top concerns.

Today, companies making the best decisions are those which combine the new technology-driven, collaborative office model with reductions in the typical workspace, says Julie Whelan, Americas’ head of occupier research for CBRE. Office workers today are more likely to be away from their cubicles than inside them, and they would rather work in an office that promotes both social engagement and private spaces in a friendlier setting. “Basically, firms need to measure how their employees are actually using their space during the day,” Whelan says.

Technology companies are likely to already embrace modern collaborative offices, and rank finding skilled labor, i.e. opening offices in areas with the largest available talent pools, as their top area of concern. Just a quarter of the tech company respondents to the CBRE survey ranked economic uncertainty as a high priority.

In contrast, tighter regulations and volatility in the global financial markets have the banking industry ranking economic uncertainty as its number one concern, and financial firms have been slower to adapt modern office designs, Whelan says. Only 40 percent of the financial services respondents to the survey said they have considered using shared office space. Further, while 25 percent of the tech sector respondents agreed that shared workspaces will “have a transforming influence on how people work,” not one financial firm respondent agreed.

“It really depends on the company culture—even some financial firms have shown they’re ready to evolve, but it’s not going to happen overnight,” Whelan notes.

The change in office culture must get traction not only from top executives, but also from departments such as IT and human resources, to ensure that flexible work environments are encouraged rather than looked down upon, says Matthew Toner, director of the CBRE Institute. Millennial workers have been a big driver behind the more flexible work environment movement, but Toner says all workers should benefit from untethering from their desks.

“Individuals of all ages know the benefits of being able to do the job from an iPad,” he says. “But the discussion isn’t all on one side about trying to figure out how many desks can fit in a space, or on the other side of working full-time from a bedroom. It’s really about designing offices to help workers stay productive and happy, because you want to attract the top talent. The younger office worker today is more likely to disdain the more traditional goal of the corner office, and instead wants to hire into a company where he or she can have both the freedom and tools to get the job done on their terms.”