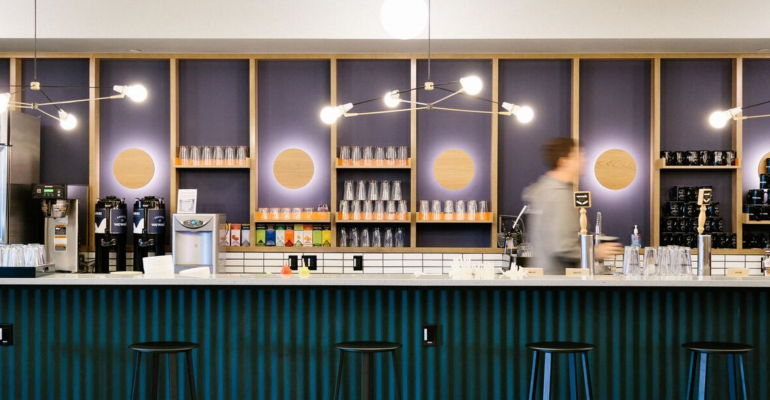 World's Biggest Companies Plan to Get Down With WeWork Effect

A survey of global companies by brokerage firm Knight Frank LLP found that the use of flexible office space will skyrocket in the next three years.

(Bloomberg)—The biggest employers on the planet see a future filled with free beer and new age motivational posters. Their offices will need to catch up.

After WeWork Cos reinvented the office experience for freelancers and start-ups, large businesses see their use of flexible space rocketing over the next three years, according to a survey of global companies with 3.5 million employees by broker Knight Frank LLP. More than half of them expect the non-traditional space to account for at least a fifth of the total compared with about 5 percent now.

“WeWork has changed the narrative around corporate real estate,” said Lee Elliot, global head of occupier research at Knight Frank, who led the survey. As well as seeking more flexibility, big businesses will increasingly look for “amenity-rich environments that help their employees with the challenges of modern work.”

The shift presents a major challenge to the world’s biggest landlords, which have traditionally focused on securing long-term leases to maximize the value of buildings and reduce the risk of vacancies. In London, landlords including British Land Co., Great Portland Estates Plc and the Crown Estate Ltd. have begun using some of their buildings as flexible spaces in response to changing demand.

“Average central London lease lengths are now about seven and a half years,” Elliot said. “That’s at least two or three planning cycles for most business now.” He expects the share of space on flexible leases in London to rise to between 7 percent and 10 percent over the next few years from almost 5 percent now.

WeWork, backed by Softbank Group Corp., has expanded at a breakneck pace since it was founded in 2010, offering clients perks like community spaces, free beer and coffee and a global network. After starting with a focus on startups and entrepreneurs, it now designs offices for larger enterprises.

Big banks including Citigroup Inc, HSBC Holdings Plc and Deutsche Bank AG have begun placing some teams, often focused on technology, in co-working or trendier office space outside their main headquarters. Morgan Stanley last month hired its first chief medical officer in a sign of how big business is becoming more focused on employee well-being and its impact on productivity.