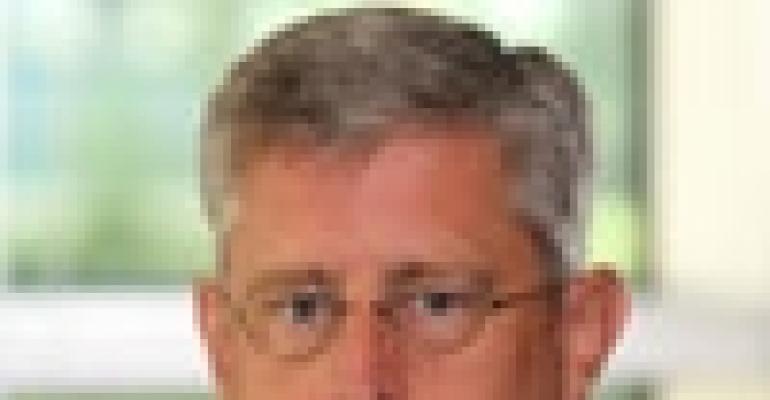 NREI talked to Howard-Johnson about the expansion and how BlackRock will continue to cope with uncertainty in Europe.

NREI: How will this expansion differ from what BlackRock is already doing globally with real estate securities?

Mark Howard-Johnson: BlackRock has long been an investor in real estate and, globally, in general equities. To date, the majority of its investment in real estate securities has come from small and mid-cap value general equity funds or from ETFs. With my recent hiring and that of Sherry Rexroad, who will join me next week from Aviva, this will be the first time BlackRock has offered a dedicated, actively managed, global real estate securities capability. The firm is committed to building a team of experienced and successful investors that will use proprietary BlackRock research and information on real estate fundamentals and capital markets to produce superior risk-adjusted returns, which will augment a well-diversified investment portfolio.

NREI: The company has indicated that the new global real estate securities team will work closely with BlackRock's real estate research and investment professionals to identify and pursue investible trends in the real estate industry. Where do you see those trends geographically, and why in those places?

Mark Howard-Johnson: Real estate is a cyclical business; its fundamentals will generally lag the general business cycle. To have clarity of views on the business cycle via our fundamental equities group and predictions of real estate cash flows and valuations from our real estate team should allow us to invest around the cycle. At this point in time, we are very productive on U.S. apartments in urban, infill areas as well as malls. Internationally, we are focused on Central London, especially the West End, and stable German residential in Europe and on very conservatively leveraged, income plays in Asia.

NREI: You've indicated that one of your first priorities will be to make at least six hires for the team. What type of attributes are you and the firm looking for and why?

Mark Howard-Johnson: Attributes from potential candidates will be, first and foremost, a proven ability to generate superior risk adjusted returns. With only a handful of people at our outset, covering the globe, we need experienced, proven investors. BlackRock has an unparalleled distribution system, but it only works if it has great product.

Seasoned investors with demonstrable track records will greatly enhance the probability of our success. Further, any potential candidate will have to like working within a team setting. Our investment decisions will be a team-driven process. Also, we will be spending a lot of time together, so team members better enjoy each other and have fun!

NREI: Talk a little about what's going on globally with the financial difficulties in Europe, including the Greek debt crisis and the austerity measures in the European Union—how will that affect this new investment platform and what can BlackRock do about it?

Mark Howard-Johnson: The crisis in Europe, along with the political uncertainty in the U.S. and the slowing growth in Asia will in no way affect the development of the investment platform. We are judiciously building this platform to be a long-term top performer.

We will be thoughtful and consistent in our decision making with regards to people and resources. Our goal is to build one of the preeminent real estate securities platforms on the planet. That said, the above noted events will decidedly affect the decision-making within our investment process.

We are fundamentalists, looking at the real estate, its corporate envelope and the macro environment in which it operates to assess value and risk. In one way, these crises present us opportunity. BlackRock has an unparalleled risk management function. Our team will have a very clear picture of the systemic and portfolio management risks we are assuming.

Cresa, an international corporate real estate advisory firm, has appointed industry vet Mark Jaccom to serve as president and managing principal of its New York office. Jaccom has also been named to Cresa’s board of directors.

Jaccom will oversee and expand the firm’s brokerage services in New York City and work with other U.S. Cresa offices to expand national accounts and conduct more complex transactions. Most recently, Jaccom served as co-chairman of the tri-state region at Colliers International. He was also vice chairman and principal of Studley Inc.

At the same time, Cresa has named seven other real estate professionals to its board of directors. David Prevé, chairman and Rich Rhodes, vice chairman, were re-elected to the board.

Most recently, Cyburt was managing director of Alvarez and Marsal LLC, a global professional advisory firm. At the same time, he served as interim CEO of Lehman Brothers Holdings real estate division, where managed a debt and equity portfolio consisting of more than $23 billion of assets.

For the past 20 years, Murray has been responsible for acquisition, franchising and new development for some of the most prominent firms in the industry. Initially responsible for franchise development of Ramada Inn, Days Inn and Howard Johnson brands in the Northeast, Murray was then recruited by the Intercontinental Hotel Group. Most recently, he established the franchise of the Eastern region of the United States and Canada for the Hyatt Corp.

BGC Partners Inc. has appointed Jonathan Falik to the post of senior managing director and head of hospitality capital markets for BGC Real Estate Capital Markets, based in New York. Falik’s appointment has been made in an effort to strengthen BGC/Newmark Grubb Knight Frank’s growing roster of leading capital markets real estate professionals and its hospitality industry focus.

Falik, who brings more than 18 years of hospitality investment banking and capital markets expertise, has been involved in transactions totaling more than $25 billion, representing more than 2,000 hotels.

Prior to joining BGC, Falik served as head of Cantor Fitzgerald's lodging investment banking group, where he was responsible for overseeing equity, debt, and advisory transactions for hospitality industry clients.

BGC has also brought on Garett B. Stoffels as senior managing director and head of equity capital markets for BGC real estate capital markets. In his career, Stoffels has worked on more than 90 transactions totaling more than $125 billion.

Prior to BGC, Stoffels served as global head of Cantor Fitzgerald's private capital group, where he was responsible for overseeing global real estate fundraisings, including alternative investment funds and direct private placements.

Exec Returns to Gap in London

From 1999 to 2002 Masters was a member of the Gap Inc. Europe team, managing the company’s European fleet of stores and leading its IT and finance teams. Since then, he has held retail development and store operations leadership roles for Wal-Mart, First Quench Retail (Thresher Group), Polo Ralph Lauren Retail Europe and Disney.

In his new London-based position, Masters will be supervise European real estate strategies, including oversight for store design and development efforts for all company-owned stores. In addition, he will serve as partner and resource for Stefan Laban, managing director of strategic alliances, for real estate matters related to franchise stores.

Kinton comes to Lee from having spent five years as president with Commercial & Industrial Real Estate. Before that he was with Adam Cates Company, Grubb & Ellis and CBRE. During his career, Kinton has sold more than 16,000 acres of industrial, commercial and retail land and leased and sold in excess of 14 million sq. ft. of industrial space. He has been an active life member of the Million Dollar Club of the Atlanta Commercial Board of Realtors for 38 years and is a Phoenix Award and Silver Phoenix Award recipient.

Lam will oversee the company’s accounting and financial management functions and its 5 million sq. ft. management and leasing portfolio which includes office, industrial and retail properties throughout Florida.

He will also be involved in capital-raising and broadening the firm’s reach into other sectors, including multifamily, in which he has extensive experience, having previously served as a board of director member of the National Multi Housing Council.

Lam previously served in financial leadership positions at the Washington Redskins, where he helped drive the franchise into the second-most valuable in the NFL, and at the Walt Disney Corporation, where he spearheaded the planning and pricing for the Disneyland Resort, including Disney’s California Adventure theme park.

Alan Houston has been hired as a first vice president in the Phoenix office of SRS Real Estate Partners.

Houston has been actively involved in acquisition, disposition, development, land brokerage and the completion of more than 700 leases and renewals. Most recently, he was at Weingarten Realty Investors as vice president/regional leasing director. There he led a team of leasing executives covering five southwestern states and a varied portfolio that at times consisted of more than 50 shopping centers that encompassed more than 6 million sq. ft.

The hire will add experience in full-service commercial/industrial/retail/residential and municipal real estate services to the company’s resume.

Real estate analyst Brendan Moyle will also join Rito as a sales associate with the company.

Gaston Silva of Vornado Realty Trust, who received the Edward A. Riguardi Commercial Management Executive of the Year Award;

Brian McCann, of Cushman & Wakefield, who was named the Portfolio Manager of the Year;

Patricia Revellese, of SL Green, named the On-Site Manager of the Year;

Edward Fallon, of Brookfield Properties, who was given the John M. Griffin Community Service Award;

Joe Bruno, of Cushman & Wakefield, named Engineer of the Year;

Keith Garcia, of Paramount Group, named Porter of the Year.