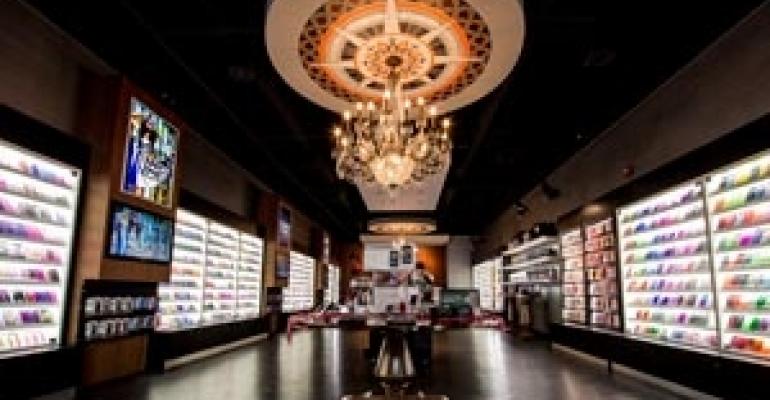 The smartphone revolution may have created challenges for many bricks-and-mortar retailers, but it has also served as an expansion opportunity for others. One such company is Cellairis, a seller of accessories for mobile devices and tablets.

Cellairis launched eons ago in digital time—in 1999. Until now, the company operated out of roughly 700 mall-based kiosks. However, with smartphones and tablets becoming ubiquitous in the U.S., it has continued to grow and in January, it opened its first full-line stateside store, at North Point Mall in Alpharetta, Ga. In 2013, the company’s management hopes to expand to 50 full-line stores in U.S. and Canada, with plans to eventually operate as many as 4,000 full-line locations domestically.

“Basically, we outgrew our old market for what we are trying to do now,” says Mike Duarte, vice president with the company. “We feel that our product really reaches out to everyone, since most people now have a mobile device, whether it’s a smartphone, a regular phone or a tablet. People are using them as tools to express their personal style and with the amount of products that we have, the kiosks don’t really allow us to showcase all of them.”

With the full-line store, “We bring everything to a specialty shop where you will find everything you need for a mobile device.”

The first location was an important milestone for Cellairis not only because it allowed the retailer to move into a more grown-up format, but also because it provided a chance to show potential landlords what the brand was all about. The company chose North Point Mall for its first full-line store because the property happens to be near its corporate headquarters, allowing Cellairis executives and employees to make frequent visits, note what works and what doesn’t and make the necessary tweaks before opening up new locations, according to Duarte.

The space also set the standard for what the Cellairis store experience will be like. Company executives wanted to create a feeling that was the opposite of the sense of chaos and over-stimulation people often encounter when they step into a typical mobile accessories store, Duarte notes. Cellairis wanted a stream-lined, organized feeling to the store that didn’t necessarily create an instant association with the high-tech sector. That’s why the firm opted to spend money on the build-out of its first space out of its own pocket—because it will serve as a showcase for the brand.

“We want it to feel almost like a high-end clothing boutique: very comforting, easy to shop, where people can play with the devices,” Duarte says. “Similar to Apple stores, almost just a cool [place] to hang out.”

For the moment, Duarte and Cellairis COO Jaime Brown are handling the company’s real estate needs in-house, along with a few newly hired in-house leasing specialists. Initially, the retailer would like to position itself inside superregional malls with high traffic counts and upscale neighbors, along the lines of Apple, American Girl and mobile service providers. But its goal is to remain flexible and in the future, Duarte foresees opening stores inside shopping centers as well, especially since operating expenses there tend to be lower than at mall properties.

The biggest challenge the team has faced so far is the high amount of competition in the small-tenant space. The typical size for a Cellairis store is 1,400 sq. ft. and that’s the kind of location that also appeals to a lot of coffee chains, Duarte points out.

“Finding the proper space has been difficult for us to do quickly,” he says. But as Cellairis garners support from big mall landlords including Simon Property Group, General Growth Properties and Taubman Centers, company executives hope to increase annual store opening plans going forward.