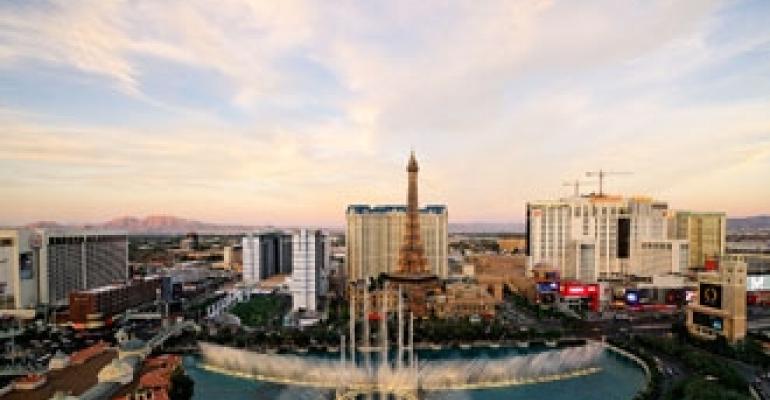 In the race to drive customer traffic in the current environment, shopping center owners are looking for every way they can find to differentiate their centers from competitors' outlets. To that end, an old standby, mall fountains, are enjoying a resurgence in both indoor and outdoor settings.

One draw is that fountains can serve as gathering places in retail properties—an added amenity that can entice potential shoppers. Water features can also be incorporated as play areas for children—something that may enable parents to spend more time (and hopefully more dollars) at retail properties. Lastly, some owners say that fountains can even lead to increased sales by creating a more enjoyable ambience for shoppers.

Santa Monica, Calif-based regional mall REIT Macerich has conducted annual studies every fall since 2004 surveying more than 7,000 shoppers at its 72 centers that seek to identify elements that draw and keep shoppers coming. Based on that data, the company is convinced that fountains can play a role in increasing sales. According to the surveys, shoppers identify fountains along with attractive tenant mixes, mall cleanliness and safety as key contributors to positive experiences.

"There is a very distinct line to increased sales," says Ken Gillett, senior vice president for property management. "Our findings show that the customers who have a positive experience spend $25 more per visit. … Today, given the economic climate, creating the right atmosphere is more important."

That data played a role in the company's decision to employ a wall fountain on a new parking deck at its shopping center The Oaks, in Thousand Oaks, Calif. There, water cascades down a colorful mosaic of tiles. It deadens the noise of passing vehicles and helps establish the overall ambiance of the center for its shoppers before they even set foot inside the center.

People are drawn to shopping centers with water features because of humans' biological relationship to water, argues Teresa Powell-Caldwell, vice president of business and project development for WET, the Sun Valley Calif.-based firm, which designed the opulent $43 million fountain outside Las Vegas Bellagio's casino. That fountain features elaborate water shows synchronized with classical music and attracts daily crowds along the Strip. "The experience creates positive emotions and you can't ask for anything better than that in a retail environment," says Powell-Caldwell. "Retail is about creating a destination."

Other owners are less convinced that fountains lead directly to greater sales, but do think they play an important role in setting an atmosphere.

Columbus, Ohio-based Glimcher Realty Trust has fountains at 30 percent of its portfolio. Jed Reichard, vice president and regional director of properties, says it can be hard to measure the value. And the trade-off is that water features can take up valuable selling space. At its River Valley Mall in Lancaster, Ohio, for example, Glimcher has contemplated eliminating its fountain to free up more space for kiosks. "We're always looking to maximize the revenue we generate from the common area," says Reichard.

Glimcher's evaluation process includes looking at the fountain's age, its replacement cost, whether it has a replacement tenant lined up and whether some other use would be better suited for the space. For example, in 2003, at Ashland Town Center, in Ashland, Ky., Glimcher did end up replacing an older fountain with a soft play-area for children.

Dave Harris, a regional vice president for operations with Bloomfield Hills, Mich.-based Taubman Centers also thinks fountains' benefits are hard to measure. "There is no linear correlation," Harris says. "Anecdotally, customers say that the soothing experience [resulting from the presence of a fountain] is what they want when they come to a mall."

For its part, Taubman does have fountains at 81 percent of its portfolio and eight of its properties have two or more water features. For example, its Mall at Partridge Creek, in a Detroit suburb, has a pop-jet fountain that draws children along with two other fountains.

That gets at one potential benefit. Some developers, including CBL & Associates Properties argue that fountains can actually be more popular with children than traditional play areas. For example, its Pearland Town Center, located near Houston, Texas, includes a popular pop-jet fountain that children play in during the summer's hot months. It adds to the overall ambience of the center and provides a place for families to linger.

Depending upon the size, complexity and a developer's vision, fountains can be expensive to build. The Bellagio's $43 million fountain sits at the high end of the spectrum (although there are larger facilities). That's not standard for most retail settings, but it's not unusual for the costs of elaborate water features to run in the millions of dollars.

Overall, in 2008 WET had revenues of $65 million. WET's custom works include one project that dwarfs the Bellagio's down to small installations that grace lobbies and even private residences.

Over the past five years it has completed 34 water features in retail environments accounting for 56 percent of its total revenues.

Meanwhile, the expense to maintain fountains is nominal compared to other operating expenditures. Annual costs can range from a few hundred dollars to a few thousand dollars depending upon a water feature's size, complexity and usage which determine the number of cleanings annually, according to Judy Trias, PREIT's vice president of retail marketing. The costs associated with outdoor fountains in open-air centers are not significantly higher, developers say. Water conservation also isn't an issue because the water is recycled and there can be very little evaporation.

What about the coins that get tossed into fountains? Shopping center owners don't tend to pocket that cash. Instead, typically 100 percent of the proceeds are given to local charities. In 2008, more than $50,000 was donated by PREIT to non-profits in the communities where it has shopping centers. That figure was up from the previous year, says Trias. "Even in these recessionary times we're seeing an increase."

Taken to the next level, PREIT actually showcases the fountain at the 1.3-million-square-foot Willow Grove Park in Willow Grove, Pa., Philadelphia-based PREIT every October as the focal point for a breast cancer awareness campaign. The water feature at the center sprays pink water during the month-long campaign, which is a partnership between the nearby Abington Memorial Hospital and PREIT.

The most profitable fountain for Taubman is at the Mall at Short Hills, in Short Hills, N.J. The company collected almost $30,000 in coins at the facility last year—the same amount pulled from the Bellagio's massive fountain. Taubman donates the proceeds will to the United Way-Millburn-Short Hills. Its executive director, Rose Twombly says the funds help the organization support 20 non-profits in the area including Sage Elder Care, New Eyes for the Needy and a children's special needs program called SNEAKERS.