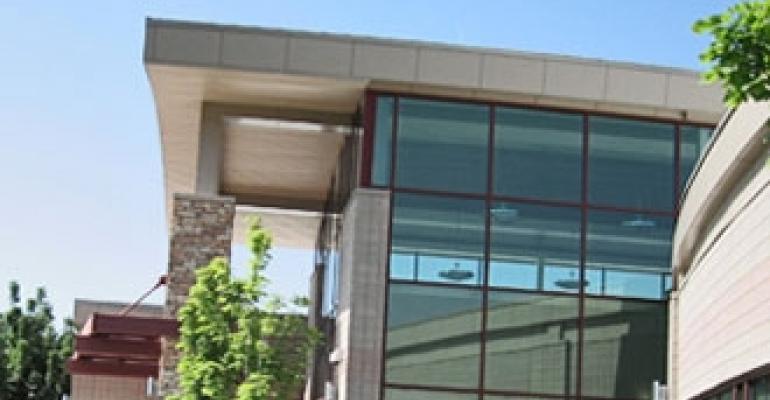 Electricity and water are coming under increased pressure for reductions in costs, and usage.

Faced with declining revenues, mall owners and operators are exploring whatever means they can find to cut costs. Strategies range from cutting back on planting annual flowers to shortening operating hours. Some of the less visible steps owners are taking are coming in the energy management arena. Owners are adjusting the thermostat to cut on heating and cooling costs as well as installing timed underground irrigation systems. All these changes can add up to lower utility costs as part of companies’ operating expenses.

Costs for gas, heat and water typically account for 15 percent of a firm’s annual operating expenses. Electricity accounts for the lion’s share of that. Coldwell Banker Commercial NRT COO Randall Owen says electricity costs are at least three times more than water, which is a distant second. So in searching for cutbacks, electricity requires the first look, says Owen. From an owner’s perspective, he says, "it is right up there with taxes.”

Companies with larger portfolios are increasingly adopting energy management systems to monitor usage and reduce monthly expenditures related to electricity, water, and gas and other utilities. These systems measure usage at properties across portfolios, however. They enable companies to forecast, budget and create detailed reports that track energy usage as part of a center’s comprehensive sustainability efforts. But they also enable a firm to make adjustments to usage from centralized locations.

Cleveland-based Forest City Enterprises is one firm that’s taken an aggressive stance with its energy management. “For us it’s all about electricity, it accounts for approximately 80 percent of our total utility costs,” says Forest City Commercial Management’s director of energy management Joyce Miller Mihalik, followed by water, 12 percent; and heat and gas accounting for the remainder. Overall, utility costs, she approximates, represent somewhere between 10 and 20 percent of Forest City’s total operating expenses.

In Henderson, Nevada, at the Galleria at Sunset, the firm has cut electricity usage by as much as 15 percent in the past several months, using EnergyCAP, an energy management system developed by State College, Penn.-based Good Steward Software. Scott Muelrath, general manager at the 13-year-old center, says having the history of monthly usage and costs at his fingertips has made a huge difference. The system now programs turning off the lights at the more than one-million-square-foot mall when the sun rises, permitting natural light to illuminate the common area via its skylights. In addition, the system’s tracking features make it easy to produce reports that can be submitted to utility companies in order to qualify for energy rebates. Some utilities offer rebates to companies for installing systems like EnergyCAP. The Galleria at Sunset, Muelrath estimates, could receive eight percent of the installation cost for its energy management system.

Meanwhile, to reduce energy costs at its 578,000-square-foot Ballston Common Mall in Arlington, Va., Forest City replaced incandescent lights with more energy efficient fluorescent lighting, dropping electricity usage there by 17 percent to 14.7 kilowatt hours. By exploring tactics such as more active energy management and changing fixtures, Miller Mihalik sees a potential for significant savings, especially when its properties in Washington, D.C., Maryland and Virginia saw a 23 percent increase in electricity costs between 2006 and 2008.

In addition to Good Steward Software, there are a host of vendors providing commercial applications of energy consulting, information services and bill outsourcing that can be utilized by owners, operators and tenants of shopping centers. They include Spokane, Wash.-based Advantage IQ, and Somerset, N.J.-headquartered eNERGYSolve. Although Good Steward’s EnergyCAP energy use, cost and tracking system wasn’t created for the retail real estate sector, inquiries and interest from retail property managers is up, says John Heinz, its director of sales. “We’re talking to more [retail shopping center owners and operators] than we have in the past few years,” Heinz says.

In addition to Forest City, Heinz says EnergyCAP’s users include five large property management owners. That figure, he notes, balloons to “a couple hundred” if you include the number of consultants to whom property managers outsource their energy management reporting, energy and greenhouse tracking and utility bill payment processes.

Good Steward Software’s pricing is determined by a number of factors including the size of the portfolio, number and complexity of applications and software licenses, says Heinz. He ballparks users’ costs being a fraction of one-percent of its company’s total annual utility spend. A simple license user tracking less than 100 meters, would be considered a small user, and pricing could start at $2,500 per year; and could go up to or exceed $500,000 annually for a large, complex user with tens-of-thousands of meters.

Forest City rolled out EnergyCAP portfolio-wide in April 2008 as part of its sustainability program. EnergyCAP was in test for six months prior to its launch to coordinate and ensure uniform reporting between Forest City’s office, residential and commercial divisions. According to Miller Mihalik, the EnergyCAP application, in addition to complementing Forest City’s existing business software and enterprise-wide systems including payment applications, was selected because it provides audit controls for its more than 5,000 individual utility meters and tracks the more than 1,000 bills it receives monthly for its properties.

“We couldn’t do this without EnergyCAP because of the volume of data ... [5,000 meters 12 months-a-year equals 60,000 meter readings] with the information in chart form and a benchmarking report,” Miller Mihalik says, “I can easily pick out those where there has been a change in pattern usage.”

Previously, when a property manager received a utility bill for $1,000, for example, Miller Mihalik suggests, they wouldn’t necessarily know what the cost was for each of the utilities. However, utilizing an energy management system, she says, if Forest City receives an unusually high bill for a property by comparison to the same month the previous year she can contact the property manager and ask, “What’s going on?”

This year, Forest City expanded its first-alert energy management tracking system from beyond the common-area to individual tenant spaces so property managers can advise tenants of unusual patterns in electric or water consumption and counsel them on rectifying the situation in a timely manner. For example, if a restaurant used 10 percent more water last month than it did the same month last year Miller Mihalik can alert the property manager to work with the tenant and/or corporate management to identify the problem.

There’s one other potential benefit. As vacancy rates rise at malls across the United States, with the increasing numbers of retailers announcing bankruptcies, deferring expansion plans and closing stores the energy management system could help operators reduce fixed utility costs. Forest City, Miller Mihalik says, is evaluating whether to shut off the water and electric in a dark store, to eliminate the administrative costs incurred by keeping the utilities on in the landlord’s name.

Taking root at shopping centers and some big-box discounters is landscaping and plants that require little or no watering. To reduce costs associated with water, Coldwell Banker Commercial is installing irrigation drip systems with landscape designs that incorporate rocks, plants and shrubs indigenous to the region into what is called “xeriscaping.” The goal is to reduce or eliminate the loss of water to evaporation or runoff.

According to Erik Mecham, a project manager for Odyssey Landscape in West Jordan, Utah, a typical Wal-Mart landscape design calls for between 47 and 50 water sprays for grass and shrubs without xeriscaping compared with two to four using xeriscaping. That equates to a 70 percent reduction in water, says Owen, emphasizing the irrigation drip system targets water to the root zone without overwatering.

Mecham says, “One of the things that is becoming more and more prevalent at shopping centers is water. We’ve got to be better with how we use our water.” Beyond conserving water, xeriscaping at Center Pointe Shopping Center in Lehi, Utah, has also lowered the carbon-foot print by reducing the usage and frequency of gas and electric powered mowers and weeding equipment. The 300,000-square-foot grocery-anchored center, a joint venture between Raddon Development Group and Ball Ventures Group and managed by Coldwell Banker Commercial NRT, has also realized additional savings because its off-site centrally-controlled irrigation system doesn’t require a maintenance person at the property to gauge water usage.