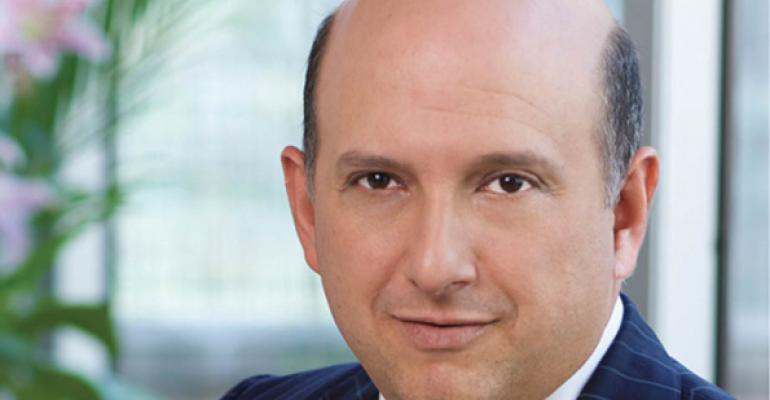 Nicholas Schorsch has stepped down from his role as executive chairman and director of American Realty Capital Properties, the non-traded REIT sponsor he co-founded. Schorsch remains a majority shareholder in the company. He will also no longer serve on the board of directors of Cole Capital REITs.

“In connection with Mr. Schorsch‘s departure as Executive Chairman, ARCP will be unwinding all of its relationships with entities in which Mr. Schorsch maintains an executive or director-level role or is a significant stockholder,” the company said, in a statement.

ARCP shares were down 6.9 percent as of 10:20 a.m. Monday, while RCAP’s stock price declined 9.7 percent over the same period.

In addition, David Kay resigned from his position as CEO and from the board of directors of ARCP. Lisa Beeson also stepped down as president and chief operating officer. William Stanley, independent director of the board, has been appointed interim CEO and interim chairman until replacements can be found.

“The actions taken today will stabilize the company and are necessary to strengthen future leadership and strategy, improve governance, and complete a separation from Nick Schorsch and his affiliates,” said Stanley, in a statement.

As of last week, 70 firms resumed sales of ARCP products distributed by RCAP.

Following the accounting errors, RCAP announced it would terminate the previously announced deal to acquire Cole Capital from American Realty Capital, prompting ARCP to file a lawsuit against the firm. The two firms recently settled the lawsuit. RCAP will pay a break-up fee of $32.7 million in cash and a two-year promissory note in the amount o $15.3 million.