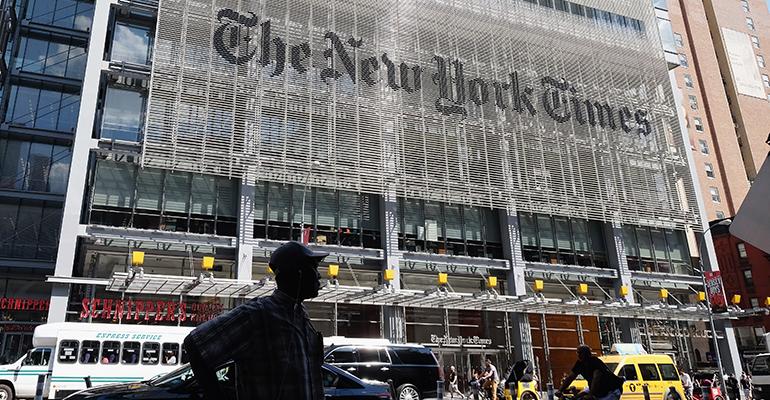 Forest City Would Attract Plenty of Bidders in a Potential Sale

Should Forest City choose to sell or merge its company, there is “no question” there would be interested parties, potentially including Blackstone, industry observers say.

Forest City Realty Trust Inc. recently announced its decision to explore strategic alternatives, including a possible acquisition or merger with another company. And on Wednesday, the diversified REIT, headquartered in Cleveland, Ohio, announced that it would sell its New York-area specialty retail portfolio to Madison International Realty for about $1 billion. As of now, it remains unclear whether the sale will have any significant impact on the REIT’s “strategic alternatives” plan going forward.

“The sale is totally consistent with [Forest City’s] previously announced strategy,” according to Barry Vinocur, editor of REIT Zone Publications, and is not related to the “strategic alternatives” news.

Prior to this most recent announcement the company listed $8.2 billion in consolidated commercial and residential assets.

Forest City, whose holdings include The New York Times building in Midtown Manhattan and The Bridge at Cornell Tech, a new tech campus on Roosevelt Island, announced last week in a press release that it is considering a range of moves to boost stockholder value. Among the options were “an accelerated and enhanced operating plan, structural alternatives for the company’s assets, and potential merger, acquisition or sale transactions.” The company did not guarantee its review would lead to a change or a transaction, and there was no deadline for the review, according to the statement, which also noted that Forest City would not comment further.

The REIT announced on Wednesday the transaction with Madison International Realty, which includes 12 retail centers across the New York metro area—including the Atlantic Terminal Mall and Atlantic Center in Brooklyn—and properties in Northern New Jersey. Around this time last year, Forest City announced it was exploring alternative strategies for its regional malls, with the intent to exit that sector. That announcement came after the company restructured intoa publicly-traded REIT, which became effective in January 2016. Since 2011, Forest City and Madison International have been joint venture partners in the specialty portfolio, in which Madison has a 49 percent stake, according to the press release. The deal is expected to close by the end of the year.

The REIT’s announcement of a review “makes sense,” says Paul Adornato, a veteran REIT analyst who recently retired from BMO Capital Markets and whom NREI interviewed shortly before the deal with Madison International became public. The consensus has been that Forest City’s net asset value (NAV) estimate has been consistently higher than its public stock price, he notes. Forest City’s stock as of Wednesday afternoon was trading at $25.22 per share. News of the review also came following the urging of activist investor Jonathan Litt, of Land & Buildings Investment Management LLC, who in April wrote that the sale of Forest City would attract the interest of many entities. “The board is following through on its responsibility to explore its options to enhance the shareholder value,” Adornato says.

Forest City, whose market capitalization is nearly $6.74 billion, has 21.25 percent of its total debt due by year-end 2018, compared to the median for mid-cap diversified REITs of 8.83 percent, according to data provided by S&P Global Market Intelligence. As of the second quarter of this year, Forest City listed approximately $4.38 billion in total liabilities, including roughly $3.16 billion in non-recourse mortgage debt and notes. In late 2015/early 2016, the company secured a $600 million revolving credit facility, which matures in November 2019. The company also has a $335 million term loan set to mature in May 2021.

As for Wednesday’s transaction announcement, Adornato says it was a “long time in the making.” Forest City, before the involvement of Litt, already had indicated it planned to sell all of its retail assets, likely to existing joint venture partners, he notes. Under the existing agreement, the partner had a period of time to complete due diligence before deciding to accept the purchase of Forest City’s interests, Adornato notes.

Meanwhile, if the board was to decide to put the company up for sale to the highest bidder—or bidders—the REIT “would be a very attractive target,” Adornato says. To start, Forest City has an urban footprint in major metropolitan regions around the country: “These are seen as the highest growth markets in the U.S., and young people and millennials look to metro areas as live-work-play environments,” he notes. Forest City has properties in cities including New York, San Francisco, Los Angeles and Washington D.C.

Secondly, Forest City has many projects under development—including Pacific Park in Brooklyn and The Yards in Washington, D.C.—which have additional income potential, Adornato says. Thirdly, the company has development rights in its footprint “that could be very valuable in the future,” Adornato adds.

However, Forest City has also been selling its malls properties, so it would not be shocking if it “pruned the portfolio further. Selling assets and buying back shares is certainly possible,” Vinocur wrote in an email. Ultimately, Vinocur says he is “skeptical that [Forest City] makes big moves.”

Still, should Forest City choose to sell or merge its company, there is “no question” that there would be interested parties, including private equity giant Blackstone and asset management behemoth Brookfield. Large portfolio deals are tricky and there likely would be complicated tax issues, but if Forest City believes a deal is in its stakeholders’ best interest, it’s possible a deal could be made: “Of course, it always comes down to pricing, which generally speaking, is off its peak,” Vinocur says.

As for the possibility of a publicly-traded buyer, it is possible that two or more entities would come together to make a bid for the company in order to divide Forest City’s assets, Adornato says. If this were to happen to Forest City, it’s possible that its assets might be split along property types, he notes.

“We have to see if the board believes that the current efforts will bear fruit or whether it makes sense to shop the company around,” Adornato says.