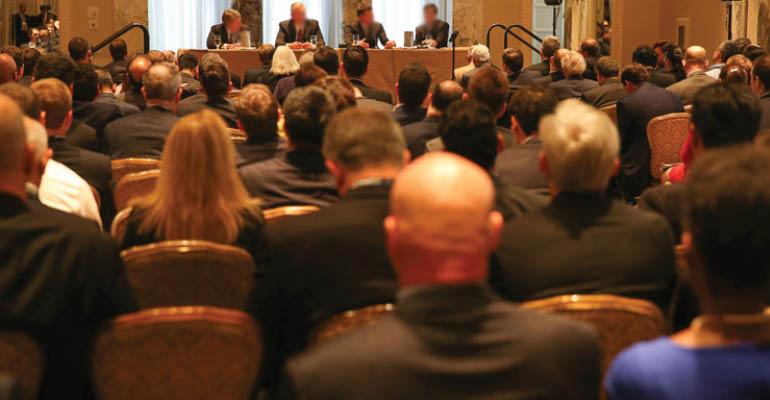 Four Takeaways from REITWeek 2017, Day One

It turns out that the current economic recovery is looking good for its age, and every sector has been able to benefit.

Before REIT executives and investors convened in New York on Tuesday to hear presentations at the 2017 REITWeek, there was a lot of talk about the duration of the current economic recovery, now a little over eight-years-old.

The jobless rate just hit a 10-year low at 4.4 percent, and the economy added 211,000 jobs. The numbers not only beat estimates, but represent a rebound from the first quarter’s disappointing showing.

Strong job growth is just one reason the medium-term outlook for the U.S. economy is positive, according to Calvin Schnure, NAREIT’s senior vice president of research and economic analysis. For one, the larger economy is not overheated. The cyclical components of GDP, including construction of both residential and commercial real estate, business investment and cyclical components, and consumer spending on durable goods, were 24.1 percent of total GDP.

The REIT sector itself is still fairly healthy. Weighted average leverage ratios are at around 31 percent, the lowest level seen in almost 20 years. Every sector has benefited from the economic growth to a high degree, Schnure said. The logistics segment of the industrial sector, which has benefited from increased e-commerce activity and data centers are doing particularly well owing to America’s heavy use of technology.

In addition, several segments of the real estate sector are waiting to take off again, including homeownership. At this point the U.S. has about 4 million so-called shadow households—homes that would have been started by individuals striking out on their own instead of staying with roommates or family.

It turns out that the current economic recovery is looking good for its age, and every sector has been able to benefit.

“The economy has had the same momentum it has had for the last few years,” Schnure said.

Here are some major takeaways from day one of REITWeek: